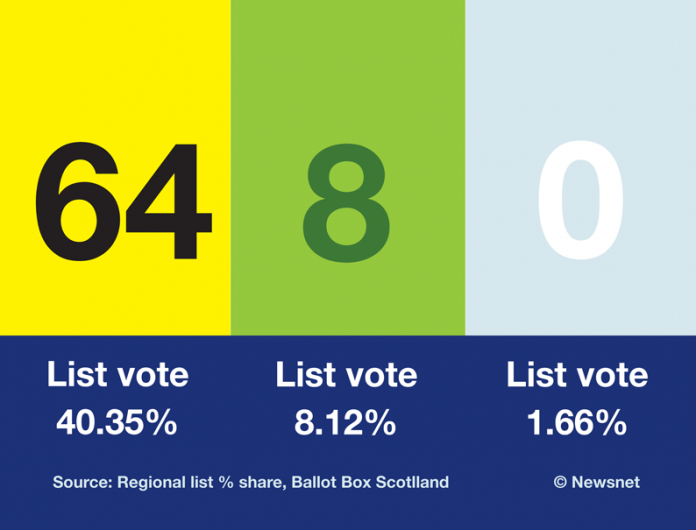 Bit of a way to go till the dust settles into what will be a new parliament and the future mood across the independence movement. Deep divisions were on display during the long lead up to this election with continous attacks on the leadership of First Minister Nicola Sturgeon. Newsnet supported the SNP and the Greens with considerably ‘less enthusiasm’ for Alba. Like others, we stated our predictions prior to the election. We underestimated the ‘back a unionist’ trend which was stronger than expected. Newsnet has long been critical of the BBC but it does produce decent Scottish election coverage and it was pretty fair. The contributions from Professors Nicola McEwan and Ailsa Henderson were outstanding, including analysis of the undercurrents driving results in individual constituencies. A pair of stars.

So a reminder of what we predicted

Taking it in reverse order we got the Alba result spot on so 5 points there. We thought the Lib Dems might pick up a list seat to add to the four constituency seats we expected them to retain. It was very close in Shetland though with Tom Wills for the SNP just 806 votes behind. The SNP won on the Shetland list vote, overtaking the Lib Dems by amost 1000 votes. In their other 3 seats they gained through incumbent advantage drawing on Labour and Tory unionist or anti-SNP sentiment. Pro-union and anti-SNP are not always the same thing. They have lost their main party advantage in the Scottish Parliament so the Lib Dems are by far the big losers in this election. We were 1 seat out but still 3 points on this one.

We vastly overestmated the number of Green seats whose vote share fell back from polling indications. They were not helped by the presence of the ‘Independent Greens’ on the ballot paper This ultra right, environmentally unfriendly list party’s intervention probably cost them 1 or even 2 seats. Questions are being raised with the Electoral Commission who are normally very strict on approving party names and usually refuse party names that could lead to confusion of voters. Electoral Commission Nil points. Newsnet also Nil points on this one.

We were 3 out on Labour’s final total, expecting a drop more in line with the polls. Same with our Conservative prediction so no points on either number. Lesley Riddoch in her Spectator article makes a good point on 2011 result comparison. The sweeping SNP gains and high percentages in the seats they did not win was what led to the SNP breaking the system that year. The Tories have been campaigning against another independence referendum for years mainly to the exclusion of any actual policies, so ths election was going to have a different focus.

Lastly the SNP on 64 seats was one less than we predicted but still 3 points.

We gave both the polls and our own enthusism too much weight. We had no chance of getting this 100% right but we might have been a bit closer if we had been more cautious. Being 3 seats out with Labour and the Tories is perhaps not too bad. If there is a consolation we were not one of the ones predicting wild numbers for the 1.66% party. Life is a learning journey. 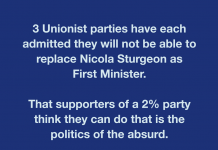 Earthquakes in the land of fire and ice and Scotland’s political...