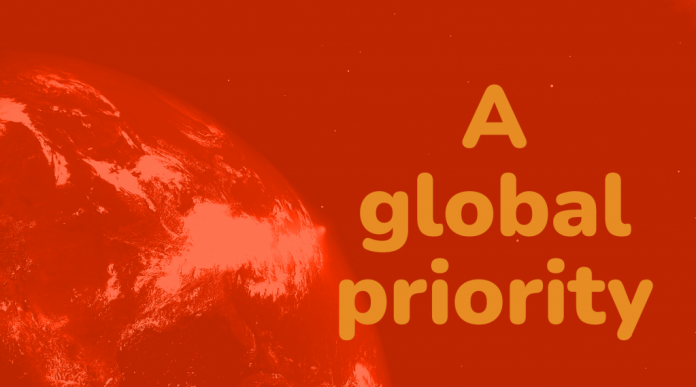 From 1st to 12th November COP26 will be held in Glasgow, bringing together parties to accelerate action towards the goals of the Paris Agreement and the UN Framework Convention on Climate Change.

The UN, for nearly three decades, has been bringing together countries for global climate summits, called ‘Conference of the Parties’ (COPs). During those decades climate change has gone from being a fringe issue to a global priority. This year’s 26th annual summit has been described as “A pivotal moment in the fight against climate change.”

At COP21 in 2016 in Paris countries agreed to work together to limit global warming to below 2 degrees, aiming for 1.5 degrees), to adapt to the impacts of a changing climate and to make money available to deliver on these aims.

Countries committed to bringing forward national plans setting out how much they would reduce their emissions – known as Nationally Determined Contributions, or ‘NDCs’, and agreed to update those plans every five years to reflect their highest possible ambition at that time. This year’s summit was delayed by a year due to the Covid19 pandemic.

So, with the decade out to 2030 crucial for our planet, this November, the UK, together with Italy, will host an event many believe to be the world’s best last chance to get runaway climate change under control. World leaders will arrive in Scotland, alongside tens of thousands of negotiators, government representatives, businesses and citizens for twelve days of talks.

Countries are being asked to come forward with ambitious 2030 emissions reductions targets that align with reaching net zero by the middle of the century.

To deliver on these stretching targets, countries will need to:

The climate is already changing and it will continue to change even as we reduce emissions, with devastating effects.

At COP26 we need to work together to enable and encourage countries affected by climate change to:

To deliver on our first two goals, developed countries must make good on their promise to mobilise at least $100bn in climate finance per year by 2020.

International financial institutions must play their part and we need work towards unleashing the trillions in private and public sector finance required to secure global net zero.

4. Work together to deliver

We can only rise to the challenges of the climate crisis by working together.

Bumps in the road

But the organisiation of this conference in Glasgow has not been without its internal politicking. Amidst claims by Claire O’Neill, a former Conservative minister for energy and clean growth who was stripped of her role as president of COP26 in 2019 and is now managing director for climate and energy at the World Business Council for Sustainable Development, of there being a “huge lack of leadership and engagement” on the issue from the UK government, UK Prime Minister Boris Johnson refused to give Nicola Sturgeon an official role in the summit, despite the event being held in Scotland. Johnson is reported to have said, “I don’t mind seeing a Saltire or two but I want to see the Union flag and I don’t want to see Nicola Sturgeon anywhere near it.”

By early August this year Johnson’s tone had changed, possibly because of the increasing criticism over the UK government’s handling of the event, saying there would be a role for all the leaders of UK governments to ensure “every part of the UK” was working together to tackle the climate crisis. We’ve heard Johnson make similar remarks previously about co-operation without any actual action in their wake.

Then, this week, came what for some was a bombshell.

Given the recent revelations over the Queen being able to interfere in Scottish Parliament climate change and environment legislation, gaining exemption from climate law by removing herself and her landownings from their consequences, it’s not surprising that many on Twitter were unhappy with this decision, believing it was a PR stunt on behalf of the union that torpedoed the credibility of the summit.

This was from an article by Severin Carrell and David Pegg in the Guardian on Wednesday 28th July 2021.

But there was another reason for anger. Clause 2 of the COP goals listed above is the protection and restoration of ecosystems.

The Queen’s 50,000 acre Balmoral Estate may boast approximately 8,000 acres covered by trees but it also encompasses significant grouse moors. Grouse moors according to a recent report by Revive whose findings were covered by the Guardian, cause significant ecological damage as they require the burning of heather, allowing heavy grazing by deer and sheep, and using intensive predator control, creating a treeless landscape that limits the number of animals and plants species, and threatens peatlands and bogs that are the country’s greatest reservoir of carbon dioxide.

Around 13% of Scotland’s land area, has been used in recent decades for driven grouse shooting, an activity that added only about 0.04% of value to Scotland’s economy.

We will support the transition to more economically and environmentally productive uses of land where appropriate and deliver the recommendations of the Grouse Moor Management Review Group as a matter of urgency, including the licensing of grouse moors. Licensing or further regulation will cover the key areas identified in the review, including muirburn, wildlife control, the use of medicated grit and wildlife crime. Licensing will be supported by clear penalties to encourage compliance, as well as additional effort to detect wildlife crime.

The Scottish Government’s response to the independent Grouse Moor Management Group’s report (the ‘Werritty Review’) can be read here.

Let’s hope that if the Queen attends COP26 she does more than give an opening speech of encouraging words. Listening to at least some of the proceeds might encourage her to rethink how estates such as Balmoral can be best used for her own and the planet’s benefit.