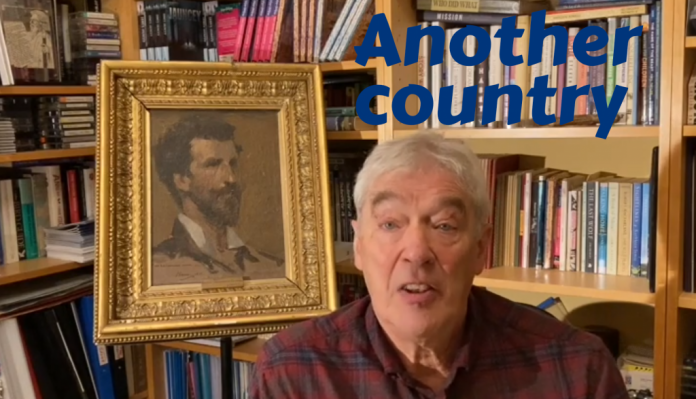 Molly Pollock came across this powerful video by the great-great-nephew of Robert Cunninghame Graham – author, politician, traveller, socialist, internationalist, humanitarian and Founding President of the SNP. Jamie Jauncey takes us beyond divisions to quietly share what being Another Country really means.

Jamie Jauncey is not perhaps the typical independence supporter, but when you factor in that his great-great-uncle was Robert Bontine Cunninghame Graham (Don Roberto) you may begin to understand his embracing of the independence cause.

The moment I began to think about it, it struck me like a blow. This was so obvious. Scotland was another country, different in almost every respect from its southern neighbour.

Jamie first started blogging on independence in March 2013 and has recently started a new blog Don Roberto and Me and recorded four videos which are ideal for passing on to many still swithering about their vote in May and in a future independence referendum. All three earlier videos remain relevant with Jauncey’s delivery friendly and personable so likely to help persuade.

Links to the first 3 videos are provided below. This is, Independence 3 The old story. Enjoy.

A video recorded on Hogmanay, Leaving Europe, can be viewed here

Independence 1 with thoughts on the May election, Hope and Possibility, is here.

Independence 2 Progress and Prosperity, is here.

Independence is a scary word