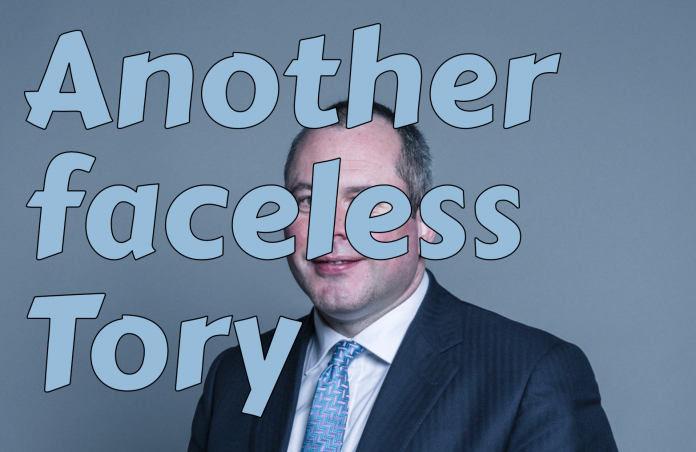 Molly Pollock looks at the new man, recently made a peer, Johnson has appointed to save the Union

Lord Mark McInnes of Kilwinning. Anyone heard of him? Anyone know what he looks like? Would anyone recognise him if, maskless, he bumped into you?

Apparently Lord Mark has had an illustrious career, for 18 years having been a director of the Scottish Conservative and Unionist Party and Councillor for Edinburgh Council’s Meadows/Morningside ward from 2003 to 2017, in which posts he seemingly helped revitalise Tory fortunes in Scotland by defending the precious union.

He was also a director of Better Together, presumably working behind the scenes as his name and face certaiinly didn’t feature memorably in media coverage.

Lord Mark, at present a constitutuonal adviser to Scottish Secretary Alister Jack, was in the news this week as Boris Johnson has made him his special adviser on matters relating to Scotland and the Union. So this is the man whom Johnson believes will scupper Scottish independence.

Scottish Tory party chairman, Rab Forman said that over the last two decades, Mark McInnes had been instrumental in driving forward the revival of the party in Scotland. The appointment was also backed by Better Together’s former chief strategist, Labour’s Blair McDougall. The unionist band is obviously back together, if it ever even disbanded.

In December 2020 there were 116 special advisers in UK government, costing around £9.6 million to employ, with the prime minister having the largest number – 51 as of December 2020.

However Lord Mark’s appointment isn’t all good news for the Scottish Tories as his departure leaves the Scottish party and Douglas Ross acutely short of experienced people.

The Scottish Tories have recently advertised for new heads of media and research at Holyrood, as well as a chief of staff for Douglas Ross. Question: Is there some significance in senior Tories deserting the ship?

Lord Mark took his seat in the House of Lords on 1st September 2016 after apparently working for David Cameron and being rewarded in Cameron’s 2016 resignation honours list. In the House of Lords he has been a member of the Common Frameworks Scrutiny Committee and the Communications and Digital Committee.

Lord Mark doesn’t appear to have made a spoken contribution in the House of Lords since 12th October 2020, and his last written question was 6th July 2020. In his Register of Interests (non-financial) he includes Regional Champion Scotland, British Museum, and Liveryman, Worshipful Company of Woolmen.

According to its website, the Worshipful Company of Woolmen is one of the oldest of the Livery Companies of the City of London tracing its roots to 1180.

“Originally it was the body that oversaw woolpackers and wool merchants to ensure consistent standards for wool producers and wool merchants throughout the wool industry. It now combines its ancient history and traditions with an active role with the $80Bn Global Wool Pipeline Industries through its City Wool Project linking the City of London Financial and Professional sectors with the Global Industry.”

Are you surprised that the financial sector has cropped up? Do you suspect Lord Mark’s sojourn as a special adviser will also be woolly?

Lord Mark may be faceless but after viewing this clip you may get some measure of the man now advising the UK PM on Scotland and their precious union.