Looks to me as if the SNP is making a profound mistake in chasing after a Labour policy as flimsy as it is opportunistic. Labour will never have to enact the restoration of tax credit cuts and have devised it purely as a political gambit. It is uncosted and unprincipled and unaffordable without changing priorities on which the government was elected.

The idea that this Labour Party is dedicated to helping the poor is disproved by their MPs abstaining on cuts at Westminster, even under their apparently left-wing new leadership. One of the champions of the ploy shoved to the front by Labour is Jackie Baillie who still puts the enormous cost of nuclear weapons ahead of paying for poverty.

And, as every Yes voter knows, if you campaigned with the Tories it was to ensure the British system carried on allowing right-wing un-Scottish governments to damage the vulnerable. Whatever difficulties a Scottish budget would have faced after a Yes vote, we know for damned sure our own government would never deliberately set out to impoverish the people as the Conservative zealots are doing in London.

To argue that there is no option but to commit to restore all losses is as ludicrous as it is dishonest. There is no way Scotland can continue to do little more than ameliorate Westminster cuts as they are lined up to hit in wave after wave. The government’s job is to run the country for all and in the interests of the majority. As soon as it champions one sector over another that principle is compromised and whose services have to be reduced to play the new Unionist game? Our health service, the one the same Unionists contrive to criticise? The schools they say underperform? Kezia has already spent the Air Passenger Duty money once already. (That’s the money that doesn’t actually exist).

The success of the SNP is in offering enough to everyone while pointing out our unfulfilled potential closed off by Union. Do the majority of Scots now accept instead that all along Holyrood’s job was to be the agent of Westminster and to dutifully clear up the mess they deliberately make? Is devolved democracy really reduced to being the binmen of Britain, clearing up the Unionists’ shit?

I have no doubt that on a human level Labour politicians care as much about the have-nots as anybody else but does anybody suggest seriously that this policy is anything to do with solving the problem of poverty rather than a desperate last throw of the dice to make impact before next May? Could it be more transparent? Are we really expected to believe that the same people who cheered supermarkets warning of higher prices on the shelf or applauded banks threatening to leave or stomped in delight when a Tory Chancellor said it was his currency not Scotland’s…are we really expected to believe they now put poverty at the forefront of all policy options? Is that what they were doing in Ayrshire, Lanarkshire and Dunbartonshire all those decades of total Labour rule – transforming them into upmarket, thrusting model communities via comprehensive anti poverty programmes? Is that why Unionists still delight in reminding us of the oil price when thousands have lost their income?

We need to remind them that we are in this mess because they worked their scrawny behinds off to save a Britain in which the Tories can operate like rapacious robber barons. This is what Labour wanted. Sure, they prefer their own people in power but they also knew the inevitable truth, that Tories hold sway more often than they do and that Cameron was leading a more neo-con outfit than even Thatcher. By incompetence and corruption Labour are now in the kind of shambles that might mean a Tory government for 20 years. At what point do we stand up to being bullied by them and stop paying them off?

Is there no price we won’t pay? If Labour believed in social justice why did they – and why do they – still put Union before all else?

We are told now by the experts that we will simply have to put up taxes. The Tories have laid the plot, Labour have bitten and, to avoid the wrath of the voters, the SNP must follow. Our entire agenda is manipulated by London Tories who whip Labour into line. Put up taxes, let the Scottish Tories (who will never have to enact anything) to pose as tax cutters and pick up some votes.

As the new darling of the Scottish Right, Adam Tomkins, said: put your money where your mouth is. The Tories will brutalise the low paid and you socialists in Scotland can cough up to pay the bill, losing the SNP votes. That is the way our country is governed and now Labour are yet again aiding and abetting their political soul mates…because their real enemy is the SNP, not the Tories, and they will use the poor of Scotland as a weapon against them.

I hear the commentariat on their overblown incomes bragging that they would pay a little more. How charitable. For many more in Scotland that is not a option on limited salaries which haven’t risen above inflation since 2008.

We are already reduced to a society where people need help from foodbanks to eat. How low can we get before there really is a fightback? The first challenge is to stop these cuts going ahead, not opening up divisions in Scotland. Making it known you plan to cover the losses in advance makes it easier for Osborne. The Tories are already under severe pressure which can be maintained through unity at Westminster and support for government rebels. Presenting a united front would drive home the message to the Lords and to the government. If Labour’s plan is serious then let’s see the detail and soon. Then the SNP and Labour can jointly look at a campaign against the cuts and on ameliorating their impact if they can’t be stopped. Maybe they can agree on the areas where the cuts will be made or even a tax rise. Then they can confront the Tories together. But do you think that’s likely? I don’t, because I don’t think Labour are serious and I don’t think their costings, if there ever are any, will stand up to scrutiny. As I say, this isn’t an anti-poverty social justice issue, it is a rescue-Labour-from-electoral-disaster issue.

I say let them have the ground. Who believes they are serious about helping the poor? Who cares if a few extra votes are swung their way? The cautious good intentions of John Swinney make more sense to me and, I suspect, to most voters who can see through yet another Labour illusion. The SNP’s strong lure lies in the voters’ belief that they will do the best they can for all. They don’t make never-never promises the public can see through. They shouldn’t start now.

A Corbyn-led Labour may still have a long wait for success... 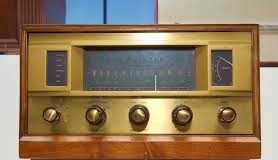 Lament for a national radio station in need of leadership and...