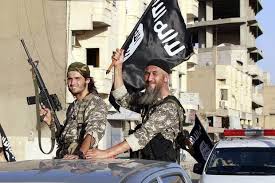 The drums of war are beating heavily. While in Scotland both Labour and the SNP are officially waiting for Cameron to reveal his war plans.

It is clear that there will be a vote in the House of Commons very soon once Cameron gets a clear majority of MPs. It is certain he will get this majority as up to 30 Labour MPs are likely to join the Tories in the lobbies and there will be few Tory opponents or abstainers after the events in Paris and the French led UN resolution which calls for widespread action. 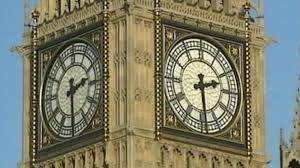 This gives the warmongers sufficient encouragement to bring forward their plans but what should the opposition be doing in face of this thirst for war? Well both the SNP and Labour are officially waiting for Cameron’s plans, this is seen by them to be a ” responsible” position after the events of Paris.

This is I believe a mistake, there is no way that the SNP MPs will vote for bombing and to  delay your opposition only strengthens the desktop warriors!delegates at the recent SNP conference passed a resolution unanimously opposing bombing. If the leadership attempted to push through a bombing vote they would, I hope, be faced with their first major revolt not just among MPs but the membership, many of whom are currently considering whether to renew their membership a year after the tsunami of new members experienced by the SNP, post referendum.

Anecdotal knowledge from a number of constituencies suggest that many of the new members are not renewing their membership. This is not surprising as many of them joined as a gesture of solidarity after the referendum, not as a long term intention to be active in the SNP.  Some have become disenchanted with the party after attending a few meetings and discovering they were not very exciting. Others have become frustrated at the apparent lack of enthusiasm for a second referendum by the SNP and have gone off to join more radical groups such as RISE or Solidarity.

This is not yet a crisis for the SNP but I will confidently predict that the membership which reached a peak of around 115,000 will go down to under 100,000 soon, although whether the party will reveal that before next years Holyrood elections will be interesting to see.

Labour is also ” considering its position” yet everyone knows that Jeremy Corbyn will not back air strikes without a UN chapter 7 resolution authorising them. This isn’t going to happen since – as Cameron will taunt Corbyn – the Russians and the Chinese would veto it at the Security Council. Given how the Tories grovelled to the Chinese at the recent state visit you would think they might worry about that!

However there are widespread rumblings of discontent from the desktop warriors of the PLP whose real war aims have more to do with damaging Corbyn than Syria. In Scotland Labour is likely to be more sympathetic to Corbyn and given they only have one MP this is not a major factor.

The vote is an important issue in what kind of Labour Party is emerging in Scotland and in England under Corbyn. In England it is very clear that the Blairites and their friends in the media are determined to humiliate and destroy Corbyn and replace him before the next election. Meanwhile the Corbynistas have launched Momentum, a grassroots movement of Labour Party and wider socialist supporters to back Jeremy in his struggle to make Labour socialist. Also early moves are beginning in the deselection of MPs particularly in those constituencies where boundaries will be redrawn as parliament is reduced in size. Up to 50 or 60 Labour MPs face deselection and that does usually concentrate their minds.

I predict that Corbyn will go before the next election but it will be bloody, as many of the 250,000 new members will go with him!

Scottish Labour, with its new leadership of Kezia Dugdale and Alex Rowley and its declaration of relative autonomy signed by Jeremy Corbyn, is very different. Firstly the Corbyn bounce in membership was much less than in England not least because in Scotland many socialists had already joined and voted for the SNP, indeed some of them even became SNP MPs.

The fight in Scottish Labour is over who becomes an MSP next May and in particular who gets the position on the regional list since privately many party members accept that they won’t win a single constituency. Indeed even Alex Rowley, who claims to be confident of winning his Cowdenbeath seat, is now taking up his right to be top of the list in Fife. Some say this is to stop former MP Thomas Doherty getting number one on the list, no love lost there. Since the number two on the list must be a woman, Doherty’s highest position could be three although there are several sitting MSPs who would like him even further down the list.

Indeed right now all over the country MSPs and former Labour MPs are looking at each other warily and wondering who will put the knife in first.

The state of Labour in Scotland was the focus of the recent History Festival in Edinburgh. Tom Devine, the eminent Scottish historian, was interviewed by Kevin McKenna of the Observer. Both are old Labour unionists who voted Yes in the referendum, disgusted with Labour’s collaboration with the Tories and their failure to offer either a socialist vision or real devolution. Indeed Devine was scathing of Scottish Labour.

The next day the left in Labour in Scotland launched the Scottish version of Momentum but it looked closely like the Campaign for Socialism in Scotland which was always small and ineffective. In a further History Festival session some Labour left people launched “What would Kier Hardie Say?” – a collection of essays on the great man and trying to prove his relevance to a Corbyn-led Labour Party. Corbyn himself claimed he was Kier Hardie’s successor and not just because of his beard. I gently pointed out that Kier Hardie’s first principle was Home Rule for Scotland not something Scottish Labour or indeed Jeremy was supporting!

So my predictions for the coming weeks are that the Tories will force and win a vote on air strikes, the SNP will vote solidly against, Labour will vote against but with up to 30 votes in favour of war (or abstentions)  and the major collateral damage will be Jeremy Corbyn – and, of course, a lot of innocent Syrians

Labour Party welcomes fraudster back to the fold

Can Scottish Labour find a way back from the brink in...