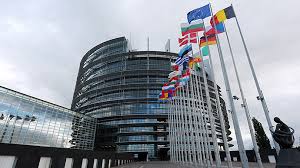 If you’re thinking of voting to leave the EU, you may imagine the UK will be like Norway. Our oil-rich chums across the North Sea are outside the EU but have what many Tory Eurosceptics desire – access to the vast and wealthy European market for goods and services. (Obviously no one need bother themselves with trifles like civil and employment rights or quality standards etc).

This was also an argument that emerged during the indyref when Britain used its association with the Euro institutions to orchestrate a case against a separate Scotland joining the Brussels club. ‘We don’t need to join. We can be like Norway.’

I found an article by Norway’s former minister for the EU (eh? A minister for something you’re not part of?). Vidar Helgesen (a Conservative) writes: “Norway’s trade with EU countries accounts for a greater share of our foreign trade than of Britain’s alone. In relative terms we have more EU labour immigrants than does the UK. We are part of the Schengen system. We implement more than three-quarters of EU legislation. We regularly align ourselves with EU positions on foreign and security policy. And our financial contributions are on par with comparable EU member-states. Essentially, with the exception of our agricultural policies, Norway is part of the same European integration process as the UK. What really sets Norway apart is that we don’t have the right to vote in Europe.”

“Norway it seems is in effect already in the EU in all but name.

“No one falls in love with a market, Jacques Delors once said. Well, at least Norway is pleased to be lawfully joined to the single market, whether love is involved or not. It is crucial for Norway’s economy, for our companies, our jobs and our welfare. And the EEA (European Economic Area) agreement is our lifeline to this market. During the past twenty years we have incorporated more than 10,000 EU rules into the EEA agreement. That means roughly five acts of EU legislation for each day the Norwegian parliament has been sitting.

“We see the results of these rules every day – in our daily lives, in our work, in our public sector and in business. They have brought about a profound Europeanisation of Norwegian society.”

Yet for all this direct involvement with Brussels – and all 28 Member States – Norway has only a right to be consulted at an early stage of any new laws. It does not need to have its views accepted and has no votes.

I must say that isn’t a relationship I’d favour for Scotland because it leaves us at the whim of other nations who have no reason to consider our national interest. It smacks a little of Britain’s semi-detached stance, indicating selfishness – we’re only in it for what we can get out of it.

The only thing I have some sympathy for is being outside the Common Agricultural Policy which has become the beast they cannot kill. Devouring around 40 per cent of the budget, it embeds the idea of subsidy in a strategic industry and is open to abuse. If a business cannot survive without constant hand-outs, its existence must be questioned. It isn’t just individual farming businesses that are given the subsidy. Check down the lists and you’ll find, for example the Prince of Wales’ Duchy Rural Business School in Cornwall collected £4,159,663 in 2013.

A total reform of CAP could transform the EU itself by shrinking budgets and forcing market discipline on a creaking and largely unprofitable sector, mirroring the transformation in New Zealand after, ironically, Britain joined the Common Market and protected farm produce markets outside Europe disappeared. New Zealand went through the pain and emerged with a productive and innovative industry turning out produce it’s impossible to avoid in British supermarkets. (As for the fisheries policy, I’d rather stick pins in my eyes).

Mind you, it may be the Norwegians don’t feel they need all of the protections available through the EU since they do not a bad job themselves. The Norwegian Confederation of Trade Unions and the Confederation of Norwegian Enterprise determine the wages and working conditions of most public and private organisations that create wealth. High but fair progressive income taxes fund a universal welfare system, benefiting everyone. They also work together to minimize the disparity between high-wage and lower-wage jobs.

We simply don’t have a consensual system like that in which state, business and people invest their aspirations for a greater good. We talk about it but we don’t do it. We have a ruthless capitalist system based on fast profits and short-term thinking, one where we try to trim all welfare to inhuman levels. Sink or swim is our motto. As a result, people look after themselves. There is a report out today confirming that the overwhelming number of top professional jobs are held by graduates of private schools despite only seven per cent attending them. No wonder we have a rat race mentality to get on by scrambling over others – if you don’t look after yourself, the state won’t do it for you.

And that lack of empathy for others and a reluctance to share is what drives the Tory desire to step back from Europe or get out altogether.

Desperation days 1 and 2: Is there an election on this...

When columnists fall out…. ooh it gets so messy