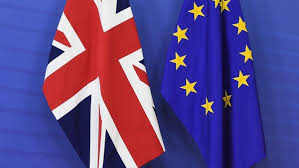 We have so much democracy, it’s coming out of our ears. It seems every year brings another election, every spring we’re in the run-up to a vote and now we’re facing two at virtually the same time. And next year it’s the council elections…

Elections are like an occasional cull  when we get a chance to cut the numbers and clear out the weak, leaving a healthier breed at large. This summer we’ll be firing the guns into a prone carcass, already blasted to death by over-use.

Blam! Take that, EU referendum. Badoom! Have that one from me, Holyrood. It’s overkill.

I await invites to academic gatherings debating voter fatigue and ads on television asking: Have you been the victim of Post Election Traumatic Stress Disorder? Claim compensation through our UN-sanctioned electoral consultants…

The lack of respect for national elections in Wales, Northern Ireland and Scotland displayed by the government’s dash to endorse the EU is another telling example of how we are truly viewed when the British chips are down. Each Celtic nation is essentially a bolt-on accessory to the main driver of UK plc – Greater England, which itself increasingly looks like a cordoned-off encampment in the Thames Valley, one whose interests are paramount and whose enrichment is a national obsession. I can find no reference to these key devolved elections in the endless statements of Westminster spokesmen organising their toy soldiers for the In/Out referendum. They have been expunged from all thinking, making clear to those millions of voters outside England just how utterly irrelevant they are in the life of the metropolitan decision-makers. Wasn’t like that in 2014, was it? They courted us for as long as they needed us. Then they didn’t just drop us but within hours of the independence referendum, but David Cameron turned our vote into an affair of English votes.

Here we are again – deciding who should govern three of the four nations of the UK while the entire London machinery looks the other way. Worse…it hijacks the airwaves for its esoteric rammy over which of two right-wing attitudes we should strike on the EU. The overlap between the two campaigns ensures that the politics of the rest of the UK will be overwhelmed as the media hyenas rip into the feeding frenzy.

It is noticeable the alacrity with which the BBC in particular rushed at the smell of blood, all sense of its duty to reflect the United Kingdom abandoned in pursuit of Dave and Boris as if the future of the country was a showdown scene in Eastenders.

You’ll look far in the next four months for items informing the rest of Britain of political events in Edinburgh, Cardiff and Belfast which is unfortunate because it would help London-based journalists better understand their own country – they clearly didn’t during the indyref – and the three-nation election is the ideal opportunity to educate those whose only understanding of devolution rests on the historical myth of English subsidy. But then we live in a strange country in which the interests of one corner forever dominate.

The Boris Johnson caper become farcical as the speculation swept away real news, as if a single MP held the keys to the EU. I realised with a jolt that in England people will actually decide their vote on the views of a bumbling self-publicist – or at least the media thinks so. It got so bad that I woke up the other morning to hear a BBC presenter interviewing his father. Later Channel 4, consistently superior in its coverage, sent a reporter to a Northern city in England to find that some there hadn’t even heard of Johnson, confirming the once-mighty BBC operating inside its metropolitan bubble. (Would it have been too much for a journalist to point out the operatic irony of Johnson saying that coming out of the EU was the democratic thing to do? His government has a majority with only 23 per cent of registered voters -10 per cent in Scotland – and has the second largest unelected legislative chamber in the world.)

The Boris brouhaha of course is based not on our EU membership but who will lead the Conservative Party afterwards which is presumably why he waited so long to make public his view. He waited to see how the ducks lined up before calculating which was the strongest position from which to launch his leadership bid. He is gambling the answer is Leave. I certainly think there’s a strong chance Cameron will have to Leave whichever way the vote goes because this is the final showdown for the Tories on the dividing issue of the decades. Whoever is on the losing side is unlikely to forgive what is said during the next few months, leaving a wounded and factionalised party led by a man who plans to stand down before 2020 regardless.

The rest of us will now be treated to the depths of neocon thinking as the right-wing exposes its xenophobia, its small-minded nationalism and contempt for civil rights.

If you want an insight into what kind of Britain the Tories plan once released from those pesky constraints of Brussels, the House of Commons Library has produced a briefing document on Brexit. In just one policy area it advises: Withdrawal from the EU would allow for change to the following areas of employment law, which stem largely from Europe: annual leave, agency worker rights, part-time worker rights, fixed-term worker rights, collective redundancy, paternity, maternity and parental leave, protection of employment upon the transfer of a business and anti-discrimination legislation. Now ask yourself what you imagine a Tory government would do with that lot if it were freed from ensuring workers’ rights.

As I have noted before, employees already have no rights if they have less than two years qualifying experience. For unfair dismissal it costs £1,200 for your day in court. We have an epidemic of zero hour contracts, low minimum wage, dismal unemployment benefits and un-livable pensions. How low could these people go with total control?

We now face the devil’s dilemma of apparently backing either Cameron’s niggardly and resentful ‘special relationship’ with Brussels or the Brexit No Deal. Each of these is so far from my view of the European Union that it feels like I’m intruding in an internal Tory Party event. I resent that deeply. My EU has always been based on social solidarity that brings together people of different cultures in a common enterprise. It established common rights that override the temporary impositions of national governments to set the European continent on a course of raising levels, guaranteeing the means of prosperity and development. It was about civilisation not commercialisation. The plan was to equalise standards across all countries allowing safety and security for people and goods. The EU was a way to float all boats.

Sadly, in recent years, we have corporatism open to TTIP, bankers crushing people, a rush to transform without caution on currency and enlargement and the emergence of corrupt figures like Barroso making up policy like some national dictator.

The answer to this is not partial withdrawal or penalising migrants and certainly not a windy promise not to engage in deeper union. It is accountability and democracy, both glaringly absent from the current institutions. We are being offered a false prospectus by the Tories, one we need to expose for the un-European sham it is. I look to the SNP to create a Scottish agenda based on the their vision of the EU not that of an anti-foreigner Dad’s Army of Britnat Bigots.

Yet such a move will inevitably distract from the job of presenting their case for the Holyrood election, a confusion we can do without. Some adroit crafting will be required to hone a winning message.

Or is it possible that a scunnered electorate will treat the Tories with the contempt they deserve and reaffirm their intention to put Scotland before all other considerations with resounding double votes for the SNP and a Scottish Yes to the referendum? Sometimes the issues seem so huge and complicated that a simple and clear answer that dispels nuance and doubt seems the right response. The Scots have learned to use the electoral system even if Westminster chooses not to hear. And in its way, this is an historic moment, one when we can put both Scottish national interest and European internationalism to the fore in one summer of politics. For Scotland and Europe, eh?

Strange tale of Mike Toffee Hammer and the Brexit Affair