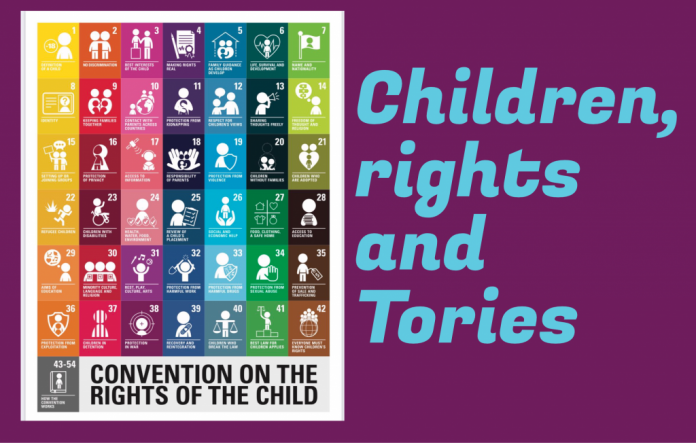 Newsnet’s research editor Molly Pollock looks at the background to Westminster’s sudden interest in challenging legislation passed by the Scottish Parliament in accordance with the Parliament’s powers.

The UK government has taken the decision to refer two Holyrood laws to the UK Supreme Court to decide if, in introducing and passing these bills, the Scottish Parliament has gone beyond its devolved powers despite the Lord Advocate and Parliament’s Presiding Officer allowing the passage of the bills, considering them within Holyrood’s competency.

The Scottish Government describes the UNCRC bill as: “the most widely ratified human rights treaty in the world and sets out the specific rights that all children have to help fulfil their potential, including rights relating to health and education, leisure and play, fair and equal treatment, protection from exploitation and the right to be heard.” It says the bill directly incorporates the UNCRC as far as possible within the powers of the Scottish Parliament. [phrase ‘as far as possible’ is editor’s emboldening and italicisation because of its relevance] It then goes on to say: “The Bill also allows for incorporation of the articles of the UNCRC currently beyond the powers of the Scottish Parliament, should these powers change in the future.”

“The approach which the Bill takes is “maximalist”. This means that the Bill incorporates in full and directly the rights and obligations in the UNCRC and the first and second optional protocols as far as is possible within the powers of the Scottish Parliament.

The rights and obligations which are being incorporated are set out in the schedule of the Bill. It is not possible to incorporate those elements of the UNCRC and the first and second optional protocols which relate to reserved matters as this would be outside the power of the Scottish Parliament. For this reason there are some words or parts of articles which the Bill does not incorporate. A version of the UNCRC and optional protocols showing all words that have been “carved out” is available.”

The two bills passed unanimously with not a single government or opposition voice raised against them. When, four weeks ago, Tory Education Spokesperson MSP Jamie Greene concluded his contribution in the final Holyrood debate, he said:

“As I hope has been demonstrated throughout the bill process, Conservatives will work constructively and positively with anyone in Parliament on the issue, because it is way above politics and sits outside traditional party lines. The matter is something that means a lot to us personally, which is why I support the bill”

However Alister Jack, the Secretary of State for Scotland, has now written to Deputy First Minister John Swinney saying:
“We welcome the Scottish Government’s support for children’s rights and respect the Scottish Parliament’s right to legislate in this area. Unfortunately, the legislative competence of specific provisions in the UNCRC Bill is in doubt.”

According to Alister Jack “section 6 of the bill could be seen to place legal obligations on UK government ministers in reserved areas, and sections 19 to 21 would affect Westminster’s power to make laws for Scotland.”

He added that the UK government has similar concerns about sections 4 and 5 of the European Charter of Local Self-Government (Incorporation) (Scotland) Bill.

Jack’s letter goes on to say: “the UK Government requested a small number of amendments which would have straightforwardly addressed these competence concerns. Unfortunately, such amendments were not tabled by the Scottish Government.” However apparently opposition amendments were tabled but not voted on.

A tweet from Michael Russell throws some interesting light on the UK governments amendments.

Scottish Legal News states that Under the Scotland Act 1998, UK government law officers have four weeks from the passing of a bill to formally consider the legislation on legislative competence grounds. If the law officers consider a piece of legislation to be outwith the competence of the Scottish Parliament, section 33 of the 1998 Act allows them to refer the legislation to the Supreme Court for a ruling. So the UK government can, under the Scotland Act, take action against legislation passed, even unanimously, in the Scottish Parliament. This below from a previous article:

“Section 35 1.b under which if the Bill is considered to make modifications to the law as it applies to reserved matters and have an adverse effect, then the Secretary of State (at present Alister Jack) may make an order prohibiting the Presiding Officer from submitting the Bill for Royal Assent. And to make its intentions even clearer Section 101 provides courts with an interpretive steer when assessing whether a legislative provision is beyond devolved competence.”

Scottish Legal News also states that a spokesperson for the Scottish government said: “All parts of the UNCRC Bill are within the legislative competence of the Scottish Parliament” and emphasised that:

“The changes proposed by the UK government would significantly undermine the protection for children’s rights in Scotland that the bill seeks to put in place, threatening to undercut both the important measures contained in the legislation and key principles of devolution.

John Swinney defends the legislation and the right of the Scottish Parliament to pass it in this video:

The Scottish Parliament was praised by UNICEF for passing the legislation

“Edinburgh 16 March 2021 – Today in a landmark moment for children’s rights, the Scottish Parliament has voted to incorporate the United Nations Convention of the Rights of the Child (UNCRC) into Scottish Law. This historic move marks a significant step towards ensuring children’s rights are respected, realised and protected for every child across Scotland.

The UNCRC is the most widely ratified treaty in the world forms the basis of all UNICEF’s work, both here in the UK and around the world. The UK Committee for UNICEF (UNICEF UK) has supported the Scottish Bill team and Parliament with the legislation which would incorporate the UNCRC into Scottish law. By fully and directly incorporating the UNCRC into Scottish law – to the maximum extent within the Scottish Parliament’s powers – the rights contained in the UNCRC are afforded the highest protection possible.

UNICEF describes The United Nations Convention on the Rights of the Child, or UNCRC, as “the basis of all of UNICEF’s work. It is the most complete statement of children’s rights ever produced.

“The UNCRC is also the most widely ratified human rights treaty in the world – it’s even been accepted by non-state entities, such as the Sudan People’s Liberation Army (SPLA), a rebel movement in South Sudan. All UN member states except for the United States have ratified the Convention. The Convention came into force in the UK in 1992.”

So every country in the world can sign up to the UNCRC, and even such bodies as the Sudan People’s Liberation Army, but it’s beyond the competence of the Scottish Parliament. Too wee, too poor etc comes to mind. The iron hand of Westminster rules the roost in this most unequal and undemocratic of unions.

The UN Convention on the Rights of the Child applies to everyone under the age of 18. Its aim is to recognise the rights of children and ensure that they grow up in the spirit of peace, dignity, tolerance, freedom, equality and solidarity.

Drafted in 1989, it is the most widely and rapidly ratified human rights treaty in history. In total, 196 countries have ratified it – including the United Kingdom on 16th December 1991. The USA is the only country that has not ratified the Convention.

The Guardian reported Andy Wightman as saying the two bills were the first in the history of devolution to incorporate international treaties into Scots law, adding it is vital that Holyrood has the power to reflect Scotland’s international obligations in law. He suggested that if the UK government’s law officers were successful [in court], it was imperative that the Scotland act be amended to allow Holyrood the freedom to legislate on such matters.

“We in the Scottish Conservatives welcome the bill to enshrine the European Charter of Local Self-Government in Scots law, which will bring Scotland in line with other European countries. Devolution should not stop at Edinburgh but, over the current Government’s term of office, powers have been sucked into the centre, and local government in Scotland has been fundamentally undermined, both politically and financially. The bill is undoubtedly a step in the right direction, but we need to change the powers of local councils in the future.”

It goes on to explain: “Children’s rights are already enshrined in Welsh law under Rights of Children and Young Persons (Wales) Measure 2011 – underlining Wales’ commitment to children’s rights and the UNCRC.

“The measure places a duty on Ministers to have due regard to the UNCRC when developing or reviewing legislation and policy. This means that Ministers must give the appropriate weight to the requirements of the UNCRC, balancing them against all the other factors that are relevant to the decision in question.”

Now the Welsh legislation may take a different approach to the Scottish legislation, but it does raise the question of why the Welsh and Scottish governments are treated very differently, surely nothing to do with the fact that there’s a Holyrood election in three weeks with the SNP likely to be returned in Scotland with a majority and the Tories doing everything in their power to stymie an independence referendum. Or perhaps that’s being too cynical!

This poster indicates the extent of the UNCRC.