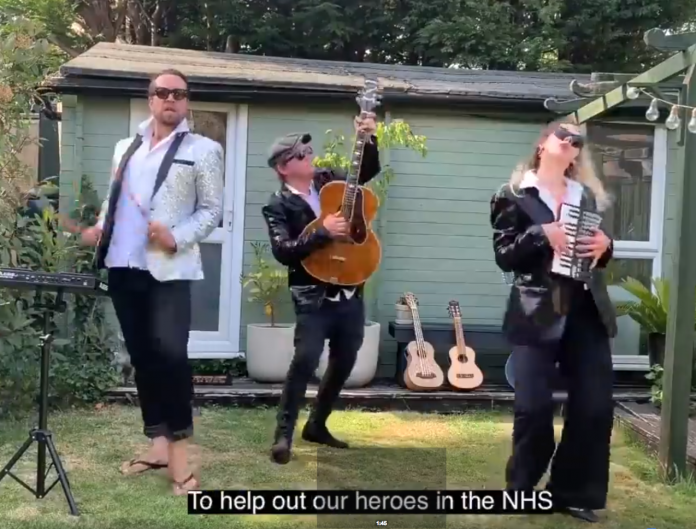 A bit of dark humour is good for lightening the clouds of Covid-19. If you have not seen it, this video from Jim Keatings is well worth watching. Odd how humour can address serious issues and yet give us a bit of a much needed lift.

Leaving aside Dominic Cumming’s stupidity and rule breaking which has led many to follow suit with total disregard for their own health and that of others, we now have a situation that looks increasingly like herd immunity by the back door.

The confusion generated by Boris Johnson every time he opens his bumbling mouth makes the UK an ever more dangerous place for those in high risk categories. The cautious and more careful easing by Scotland, Wales and Northern Ireland is every day undermined by Johnson.

The Guardian reported the concerns of John Edmunds, a professor of infectious disease modelling at the London School of Hygiene and Tropical Medicine.

“We cannot relax our guard by very much at all,” said Edmunds, adding to the list of professionals who have come out and expressed concern on the direction the Johnson government is taking. Edmunds attends meetings of Sage, the scientific advisory group on emergencies. Sage is the advisory group for England. Scotland has now set up its own group of health professionals to advise the Scottish government.

“There are still 8,000 new infections every day in England without counting those in hospitals and care homes, Edmunds said. “If you look at it internationally, it’s a very high level of incidence.”

John Edmunds, a professor of infectious disease modelling at the London School of Hygiene and Tropical Medicine

The only other country to go down the herd immunity route is Sweden who introduced minimal restrictions. The high level of deaths compared to Norway and Denmark has seen these countries impose restrictions on long established free movement with Sweden.

Anders Tegnell, Sweden’s state controversial epidemiologist speaking on, Sveriges Radio on Wednesday morning agreed that too many people had died. “If we would encounter the same disease, with exactly what we know about it today, I think we would land midway between what Sweden did and what the rest of the world did,” said Mr Tegnell.

Tegnell has until now strongly defended his advice to the Swedish government. It is clear that given considerable concern over the number of deaths in Sweden he is now admitting he did not know enough to support his views. Scientists around the world are all slowly learning more about this new virus that still holds many secrets on its extraordinary virulence.

Cummings and Johnson’s disregard for regulation, advice and caution exposes the herd (the people) to unacceptable risks.

Images are screen shots from The Durham Dash

End note: Thanks to my cousin Sandy Bruce for drawing this short video to my attention