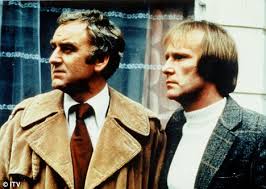 Some dodgy geezers get together and meticulously plan a daring heist which will make them fabulously wealthy by plundering the riches of others – people they will never meet nor know, so who cares?

Then they get caught, the callous crooks, and they’ll pay the price of crime by getting banged up for 25 years. Throw the key away, more like. It’s all they deserve…

Only they won’t end up in Wormwood Scrubs sharing a cell and counting off the long years. The crooks I’m talking about will retire to the sun with the millions they’ve accumulated and get together for a laugh when the row has died down. Some might even repeat their crimes for another mob. They are the traders who manipulated the foreign exchange to defraud investors and international trading companies so they could pocket huge profits for themselves.

This global scam came up in the same news bulletin as details of the Hatton Garden safety deposit box heist which involved a gang breaking into a building, climbing through the lift shaft, drilling through the wall and emptying boxes of untold valuables…a daring and premeditated large-scale criminal conspiracy.

So far eight have been arrested and, if convicted, can expect to live the next quarter of a century without their freedom. Compare and contrast with the revered financial Masters of the Universe so beloved on the British Tories and the British Labour Party, all of whose leadership candidates so far declared adhere to the get-rich capitalist model that spawned the crooked traders.

In a ‘brazen display of collusion,’ according to U.S. Attorney General Loretta Lynch, traders in the largely unregulated, $5.3-trillion-a-day foreign exchange market colluded in you-scratch-my-back-and-I’ll-scratch-yours forms of plotting. This is a description of a criminal cartel in which a confidential digital chat room was designed to allow them to converse secretly in code and agree how to rig a market that is supposed to be competitive in order to provide the best deal for clients.

This required detailed planning – malice of forethought, as the courts would have it – a naked contempt for the rules, disregard for the interests of others, conspiracy, a voracious personal greed and criminal intent. Is it any different from a gang staking out a building, stealing an industrial drill, abseiling through a lift shaft and pocketing the profits of others?

The traders’ conspiracy wasn’t a one-off like the heist. It went on for five whole years, distorting the markets and cheating legitimate businesses while pouring profits into traders’ accounts. Countless numbers of people have been affected, not a couple of dozen who may even have had ill-gotten gains in the security boxes.

‘Currency traders at multinational banks formed a group dubbed The Cartel,’ Lynch said. ‘It is perhaps fitting that those traders chose that name, as it aptly describes the brazenly illegal behavior they were engaging in on a near-daily basis.’

The prices the market sets for currencies influence virtually every sector of every economy in the world. The traders’ actions inflated the banks’ profits while harming countless consumers, investors and institutions around the globe – from pension funds to major corporations, and including the banks’ own customers.

Clearly the banks involved failed in their corporate duty to monitor their own staff and have been fined – as if they cared. But while they take responsibility and pay out the largest corporate fines ever levied, what happens to the individuals who committed these worldwide crimes? So far one bank has said eight people will lose their jobs. Otherwise there will be ‘disciplinary action’ against others. Not one person will be held personally responsible. Not one person will spend a single night in prison.

Jimmy Gurulé, a former US Treasury official, questioned whether this would produce meaningful change in bank activities.

‘Once again the actual perpetrators and criminal architects of the fraud scheme will avoid criminal liability. While the payment of these large fines may help to reduce the federal deficit, such penalties will do little to change the pervasive culture of corruption that currently exists in the banking sector. Real change will only occur when corrupt bank officials are indicted, convicted and sent to prison for their crimes.’ It’s more likely the London crooks will be freed from jail before that happens.

The truth is that the Hatton Garden blaggers with their old-fashioned artisan replay from The Sweeney aren’t just on the wrong side of the law – they’re on the wrong side of Establishment Britain which mocks them as social scum while falling on its knees before the ‘respectable’ criminals of the City.

When Labour scratch around for reasons why they lost public opinion, they might to want the factor in the disgust British people now reserve for the corrupt Westminster and London-centric governing model they insist on preserving.

Scotland’s ‘alternative media’ has a long way to go if it... 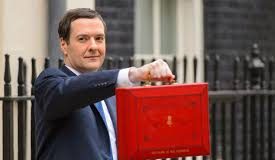