As if the near obliteration of Labour, Lib Dem and Tory parties wasn’t enough, we should remember the other big losers from May 7 – the Scottish media.

The bulk of the Press was comprehensively trounced and had its vein-bulging nose rubbed in the dirt by the voters who scoffed at the wearisome fear creation and appeals to a dead British patriotism which was all the hollowed out mainstream could muster.

The pitiful ‘political editors’ who are in reality the billposters for the Unionist parties running with their slogans and plastering them up for the lieges, went through the dawning realisation that their sources were bankrupt. The MPs and fixers who had provided the flow of copy, who phoned with a story on the QT or could be relied upon to magic up a damning quote on cue, were stripped of all potency and influence. Even the ‘we-know-what-you-want’ conspirators McDougall and McTernan lost all efficacy as their brand became contaminated not just by the defeat of the campaign they devised but by the contempt of Labour members.

The commentators who have soothed the Union’s path for years with sly smears on Nationalists while ignoring the failings of a dysfunctional ruling system were scattered by the voters’ preference – scattered and chased out of town by the mob. They have become figures of fun in the pages of our national Press, pontificating still on the meaning of it all without the courtesy of an apologia for being profoundly wrong. The Sunday Post should be suing for breach of the copyright – every Scottish paper now has its Merry Mac’s Fun Parade. It’s called Comment and Editorials. 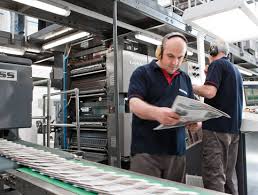 The tortured logic of the tartan commentariat is awesome to behold. The first thing we learn from the geniuses in print is that the people didn’t vote of their own free will but were, by some mysterious mind-bending process, duped (all 1.45m of us) into supporting the SNP which is, without qualification, a Bad Thing. This way, it’s the voters (all 1.45m of us) who are wrong, not the commentators. Here the tricky thing called reality is warmed up and gently bent into a curve so it leans towards a journalist’s pre-conceived position.

Second, they didn’t vote SNP for independence. Mercy me, no…that would never do. That’s what they have in places like Burundi and Yemen and even in Ireland. And look what happened to them. No it’s simply a protest, like UKIP and will pass. No need to worry.

Then we’re told they can’t succeed at Westminster because the Tories have a majority – therefore it was a waste of time voting for them. They’re already ineffectual and time will prove they’re a waste of space.

Lastly, it doesn’t really matter that they knocked Unionist politics out of the park – Westminster was never that important and their success can be dismissed…far better to focus on SNP policy failings at Holyrood – that’s where the real fight is going on. Concentrate on the nuts and bolts in Edinburgh and the fear of electoral oblivion can be pushed to the back of the mind.

Into this self-serving deluge of denial we can add dashes of despairing Unionist wishful thinking. Hence, a large SNP group fully participating in the Commons will become British and go native as they see for themselves the advantages of the UK. Nationalism will decline. (You read it here first).

The white-knuckle grip with which serious commentators cling to some out-dated vision of Ukania is the hallmark of an embedded Unionism that is quite simply incapable of visualising Scotland as a normal country. Of course, the individual journalist never sees it this way. The excuse is always that they are being objective and reporting what happens and they don’t take sides. Really? I can count on the fingers of one hand the journalists who were either relaxed about the idea of independence or openly supportive across 14 daily and Sunday papers.

Dismissing the right wing rags of Mail and Express as propaganda and not really newspapers at all, there is the Telegraph whose editor admits he was recruiting for Better Together, fundraising for them, spiking stories at their behest and keeping readers in the dark about his activities. The Times didn’t use a single pro independence commentator throughout the entire campaign in a total failure to reflect opinion. And so it goes on…

I’m all for plurality but where is it? The Sunday Herald stood alone and the National only emerged after the vote. How trailblazing that looks now as the discredited rest of the mainstream stumble about searching for a reason to believe and finding none. You get the sense that they know they need Labour because the Liberals are floating face down, the Tories are toxic, there aren’t enough readers of Green persuasion and they can never embrace the Nats. Expect much cheerleading and solemn approval of Murphy’s rescue plan and Kez’s leadership bid and systematic denial of what is known to the dogs in the street – Labour still hasn’t reached the bottom of this hole.

In case you think I’m not interested in criticism, I should point out that in the coming weeks I want us to stop constantly campaigning and to look at the development of policy and that means confronting SNP failings. They don’t get a free ride.

But whatever limitations there are in the Nationalist agenda, they can’t be used as an excuse to hide the searing truth…that Unionism is failed by its own champions. The myopia, tribalism, vitriol and mendacity of the Unionist side has been exposed by the election result and the Scottish media takes its share of the blame for never seriously challenging its assumptions while unfailingly flag-waving for its adherents.

In their desperation to curry favour and do their duty, too few of Scotland’s journalists even questioned whether Better Together was the right vehicle. (I read one recently suggesting Labour had no choice but to participate. Eh?) They never questioned if Darling was the right man to lead. They ignored his international itinerary to make £250,000 from corporate clients while vilifying Salmond for official hotel bills. Hardly ever did any of them consider the possibilities for Scotland that could be found in other countries.

Our media spend their life, like Labour, behind the curve bewailing rather than embracing SNP success. This is the new Scotland. We’re living it. Catch up. Keep criticising but at least try to sound less bewildered and afraid. Change happens. Here is half the population who voted, shaking the ground on which our government is built and all we get from those claiming the right to inform us is grudge and grievance. They’re no’ as left wing as they pretend…they’ve cut college places…they’ve no’ dualled the A96 yet…

Like Labour, they never accept their failings and the public know it. On May 7 the Scots gave two fingers to the newsroom spivs and manipulative commentators, ignored their message and threw away the dog-eared formbook. The media is failing Scotland just as much as Labour. And like their last-gasp party chums, they will find reform beyond them.

Does this Labour aircraft have a steady pilot and reliable crew?