In the last article I mentioned Neville Chamberlain’s failed attempt at securing peace in Europe in 1938. Since the end of WWII the nations of Europe have enjoyed peaceful co-exitance.

The breakup of Yugoslavia did see a return of violence and the persecution of minorities in some of the former republics, notably through Serbian activity. That is not to speak lightly of horrific events that we did not expect to return to Europe. But unlike 1914, when Ferdinand of Austria, heir presumptive to the Austro-Hungarian throne, and his wife Sophie, Duchess of Hohenberg were assassinated in Sarajevo, events were contained and the nations of Europe were not drawn into a European wide conflagration.

Statista have looked at deaths in European wars going back to 1400. They have produced a graphic chart covering the period 1801 to 2016 of violent war-related deaths. The numbers are horrific, totalling 63,573,005.

With the rise of the far-right in a number of European countries, including elements of the Tory party in the UK, we must be on our guard and work across borders to secure social and economic fairness. Trump claims to speak for the disadvantaged in America, but he rules for the wealthy. Much of Tory policy and the core hard Brexiteers follow a similar pattern.

A UK outside the EU is vulnerable to cross-Altantic trends. Scotland is an ancient European nation. Despite the wishes of our people we could find ourselves isolated from Europe because that is what London has decided our future is to be. Europe needs Scotland and Scotland needs Europe to further common social, economic, environmental, employment rights, product standards, security and defence interests. The closer we are, the greater our influence.

Russian influence in world events is never beyond suspicion. Bit by bit Russian influence in Trump’s election is filtering out despite efforts to shut it down. Back in 1914 the Russian Military attaché to Belgade gave money to the Chief of Serbian Military Intelligence Colonel Dragutin Dimitrijević, a leading member of Black Hand, an organisation dedicated to securing long lost parts of the former Serbian Empire and ending Habsburg rule. Dragutin Dimitrijević armed and financed the assassins.

From When Diplomats Fail by Barbara Jelavich  “For its part, the Russian government, without accurate information on Serbian internal conditions and with only a fuzzy conception of the entire South Slav national problem as it involved both the monarchy and Serbia, tended to view the Habsburg actions as directed against a small, weak, innocent victim, which as a Slavic state was entitled to Russian consideration.”

In the years following Tito’s death in 1980, tensions Tito had suppressed gave way to renewed Serbian territorial expansion. The 20th century drew to a close with the intervention of the international community in Kosovo to end a bloody conflict.

The fall of the Berlin Wall in 1989 led to diminished Russian influence over large parts of Eastern Europe. Putin is set on a course to restore Russian influence. He actively promotes right-wing parties in European states with the aim of fragmenting interstate collaboration.  He directly financed Marine Le Pan’s Front National. Now this is mostly achieved by offering investment opportunity to fund right-wing populist movements in Europe.

Putin’s objectives find an accord with the far-right in America. Billionaire Robert Mercer and his daughter provided 15 million dollars to Steve Bannon to finance the setting up of Cambridge Analytica. Now Bannon is in Europe working to co-ordinate far-right parties in Europe.
In Newsnet’s wide ranging analysis on 30th July Dorothy Bruce wrote:

International Trade Secretary Liam Fox, founder of Atlantic Bridge (whose patron was Lady Thatcher), is well known for his right-wing American connections. Others associated with it, who are still in government, are Michael Gove and Chris Grayling. Atlantic Bridge was dissolved in September 2011, following a critical report from the Charity Commission.

Officially a charity, Atlantic Bridge described itself as “a network of like-minded people – in politics, business, academia and journalism.” It became “an influential networking club linking most of the cabinet to powerful business interests, neocons and Tea Party enthusiasts.”

As a meeting place for right-wing movers and shakers in the UK and US, Atlantic Bridge was perhaps not so very different in its aims and objectives as the new IFT venture of which Fox is supportive, with which he is closely associated, and to whom he appears to be handing decisions on UK trade policy.

And when looking at the Board of Trustees of the Members of the Heritage Foundation up pops another name I’ve mentioned previously – Rebekah Mercer who with her father Robert provided 15 million dollars in funding to allow Steve Bannon to set up Cambridge Analytica.

Surely this begs the question: are the Tories now conspiring with the US for them to take over the UK? Or to put it another way, are we on the verge of effectively becoming America’s 51st state? 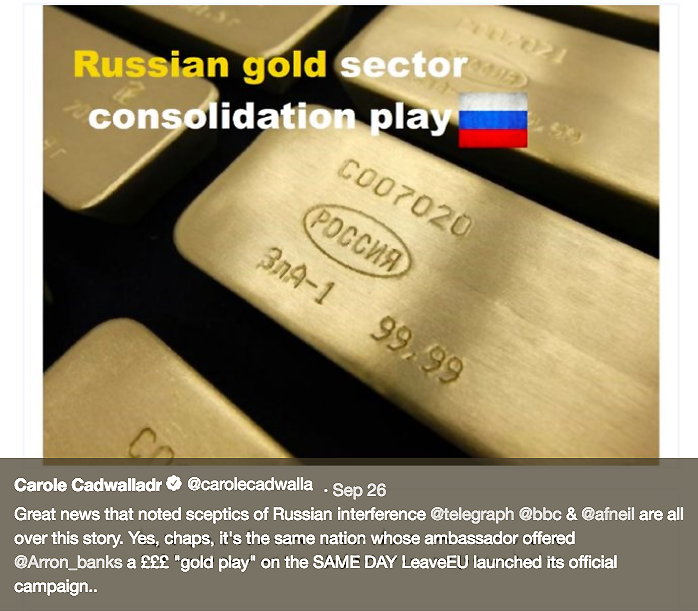 Putin and Trump have a common goal – to diminish the EU as a coherent collaboration of sovereign states. Trump wants to make America great again. Putin want to make Russia great again. Brexit Britain is seen by both as a means of weakening Europe as a major economic power and the world’s largest market. Just another reason the EU countries will hold together. It is not about punishing Britain it is about protecting the EU. Atlantic Bridge may have gone but the plan continues to roll out with the collusion and backing of May’s ministers.
© Copyright 2017 NEWSNET.scot