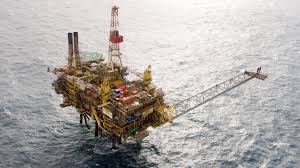 Here’s the Glasgow Herald headline on 7th June, 2016: ‘Shell to warn about independent Scotland’s finances as it sounds EU alarm’.

Though apparently triggered by anxiety about the EU referendum outcome, the article continues:

‘Shell executives will also caution that an independent Scotland could struggle to afford the billions of pounds needed to support decommissioning in the crisis-hit North Sea when they meet investors later this week.’

Just where the idea that we have to support decommissioning came from will puzzle many of us who thought Shell would have factored in this cost at the very beginning. Haven’t they made a lot of profit over the years?  Wasn’t a ‘decommissioning fund’ part of the initial contract? Of course it was. Just as Philip Green has dodged his responsibility for BHS staff pensions, so Shell, like any other just-for-profit company, would love to dodge their responsibility to pay for decommissioning.

Readers will remember Shell Chief Executive, Ben van Beurden, for his much publicised support of the NO campaign in the 2014 Scottish Referendum. Older readers will remember and prefer, of course, Eric Burdon and the Animals earlier advice: ‘We gotta get out of this place!’

Since the Holyrood election, I’ve not been empirically assessing mainstream media reporting relevant to the Scottish independence question so this has to be impressionistic but they seem to be back up at full propaganda level already. Reporting Scotland have been right back on their campaign to undermine the Scottish government’s reputation with inaccurate and misleading reporting on Scotland’s universities, schools and health services. I’ve written previously in Newsnet on these. We’ve also had the ongoing alleged economic disasters facing Scotland despite massive developments west of Shetland, the consolidation of the oil price and the evidence that renewable power is getting closer to meeting our energy needs.

There are a lot of basins in the world where it’s just about running it out. There’s no future growth. There’re no new opportunities. You’re just running out the commodity. The North Sea is not like that. The North Sea has a tremendous portfolio of mature assets. 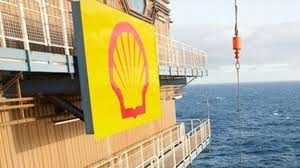 The oil companies are not struggling. They just want to make as much profit as they can. Elected governments need to keep on their backs and make them pay what they are legally obliged to pay. Here is a clear explanation of the situation from the Royal Academy of Engineering (page 8):

‘Central to the issue of decommissioning is the cost and the question of who holds the liability. According to the OSPAR Convention, ultimate responsibility remains with the owner: The persons who own an installation or pipeline at the time of its decommissioning will normally remain the owners of any residues …. Should a new owner default, liability then transfers back to the original licence-holder. In fact, there is a generally accepted understanding within the industry that, ‘if you put it there, you take it away’.

Here’s further UK government clarification of the protection of the taxpayer from such costs (page 7):

Further, there is no way Royal Dutch Shell can escape their responsibilities given international law on the protection of communities from pollution. In 2015, Shell paid £55 million to Nigerian individuals and the Bodo community to avoid a more costly London High Court Case. More dramatically, in the same year, BP paid US claimants $18.7 billion! Now this latter settlement was welcomed by investors and BP shares jumped 4% on the day. They had feared far worse and, demonstrably, have the funds to pay more than they did.

Finally, if you think not removing oil-rigs could somehow be classified as not polluting, see this from the European Commission (page 5):

So, Mr van Beurden of Shell, or any other oil executive with similar concerns, there will be no ‘burden’ on the Scottish tax payer. And, keep out of our politics too!

Oil be dammed! Oil is back yet there is more – so much more 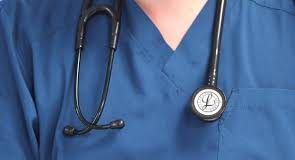 Royal College challenged on research behind its claims on NHS Scotland...