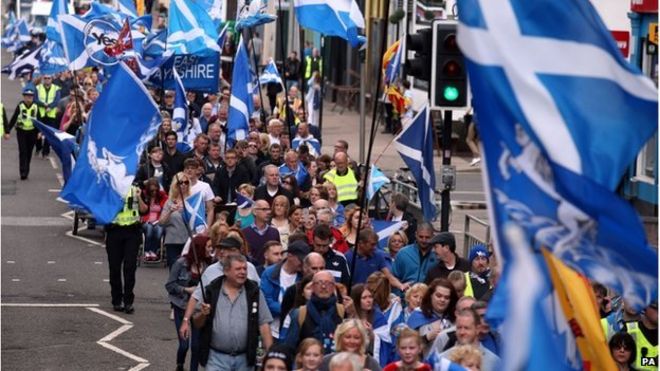 Iain Bruce takes issue with a Westminster SNP MP’s position on the next independence campaign.

It is generally agreed that as Chair of the Scottish Select Committee and shadow SNP Shadow Leader of the house he has done a decent job but he’s not a Moses apprentice with all the responsibilities of helping to lead his people to the promised land. That has to be a job for others.

Such is the seductive absorption of the “westmonster” system over his 17 years career, his cautious attitude is clearly that incubated in the Westminster bubble. And since the debacle of the 2016 election his focus might appear to be survival and how to safeguard his slim 21 majority by trying to be all things to his electorate in the Perthshire heartlands, all the time forgetting that his job at Westminster should have been a temporary contract and not one to be attached to.

What were the great events in Scottish history that we’re the better for having consulted the runes and waited until they showed the most propitious time for action? Opinion polls? Well David Cameron bet his country on the fact that the polls were propitious for a Remain result, only it wasn’t to be because the Brexiteers had a more passionate if deceitful campaign.

The British state is in its death throes, being torn apart by self-interested cabals of the Conservative and Unionist party with no regard to the greater good of the one nation they regularly extol.

Scotland needs to get out of this abusive relationship now and do it without regard to opinion polls but to the well-being of current and future generations.

Theresa May’s speech to Scottish Conservative party conference in Glasgow in March last year and her first as PM gave early notice of the interests of the British state.

“We should never be shy of making that positive case for the Union” and she went on to enlist the virtues of greater economic strength and security which come from being united; “the fundamental strength of being one people”. But crucially “our wholly integrated domestic market for businesses means no barriers to trade within our borders”. All standard fare for a unionist politician until you look at the obverse of the coin and the continuing perfidy of Albion in its pursuit of self interest.

In other words a single UK market, all the better to flog off our NHS, privatise our water, let her Ineos pals frack our pleasant land as they would please.

UK single market? Ah well that was the M&S oops moment with their idea of British whisky, there’s a plethora of fruit and veg grown in the fertile Scottish countryside and stamped with the Union Jack on the supermarket shelves.

Mundell may be telling the truth about repatriating EU powers to Scotland but conveniently omits to identify their destination as the new Viceroy’s office in the enlarged Scottish Office he’s currently recruiting for in Leith. So in perfidy speak, yes EU powers of devolved competency are returning to Scotland, just not to the parliament of Scotland’s people at Holyrood.

Ever since the infamous Vow, it’s difficult to be polite about their idea of equal partners and the benefits of being one people…my a**e.

At a time when Scotland had 56 SNP MPs in the English parliament courtesy of the ’15 landslide, this was still insufficient to get any amendments adopted to the Scotland Bill. And oh, more frigates anyone?

Despite all its flaws, I wish to retain my citizenship of the EU and it’s a democratic obscenity for the English parliament to withdraw that.

We are in the end game of the United Kingdom and Pete Wishart might just be too close to the epicentre to see it but he certainly needs to wake up and smell the coffee.

In the same time frame as Brexit rushes to its absurd conclusion, that place on the banks of the Thames will commit our hard cash to renewing the obscenity of Trident despite all the opposition in Scotland, and Scotland’s MPs, those that want to that is, are powerless to do anything about it and couldn’t even when we had 56 SNP MPs. I never previously thought that civil disobedience might be the only alternative.

The fishermen of Moray and the North East and the triumph of international opportunities offered by messrs Fox, Gove and their merry band of brexiteers are being fooled just like they were when Ted Heath sold them out as pawns in his EEC negotiations and the interests of the City of London are far greater now than they were way back then.

And please let’s not look the other way at Mundell’s calculated insult with his “is there?, isn’t there? oh yes there is”, a Brexit economic impact study for Scotland that you can only see even numbered pages if you make an appointment.

May’s contemptible indifference to the National Bank, otherwise known as RBS, being allowed to walk away from commitments to rural communities and to leave them without the essential economic infrastructure in fragile rural areas, says so much about “The broad shoulders of the world’s fifth- largest economy provide enviable security for businesses and workers alike.”

No Pete, just as well you’re not standing for the SNP Deputy position, we don’t “have work to do in convincing our fellow Scots who voted No last time to join us as well as uniting all Scots from both sides of the EU referendum.” We only need to convince enough of them to look after their self interest as the English parliament has given us more than sufficient evidence that we don’t belong in the UK any more.”

The SNP need to ditch their managerial outlook and have the courage of their convictions.

SNP urge all parties to rise to Leveson challenge