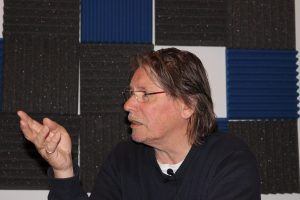 There’s been some soul-searching on difficult issues lately resulting in deep-thinking articles and essays across the media, some of them excellent exposes of our national condition.

This David Torrance article is probably the best example with its informative detail within an historic sweep. Nobody does it better – except perhaps Macwhirter.

I felt challenged to do the same and then thought: Nah…that’s too tricky for me. There must be a simpler way of making the point without writing 2000 words. So here is my handy guide to some of the big issues of the day – in as few words as possible (explanations below).

There is a cultural shift in western society centred on knowledge now being instantly accessible to all, bringing unprecedented scrutiny of authority and convention. Every area of life is challenged by a myriad of questions that cannot be answered. But the search leads us to reject existing power bases in favour of apparently radical alternatives – Syriza, Podemos, UKIP, SNP. Each has a core belief which is powerful but vague and is hard to disagree with – A Stronger Voice for Scotland or Hope is Coming.

Postulating that the old ways have failed is easier than justifying them and for electoral success all that’s needed is to present the alternative doctrine in plausible packaging. Appearing always to be on the people’s side rather than the elite’s helps. The British political parties can be neatly lumped together as the dead-end Unionists cheating on expenses, exploiting a corrupt system and enabling low wages and decline.

Whatever benefits they bring, the debit quickly outweighs the credit. The concept of Scotland is as strong a message as any around which people can mass and endow it with their own meaning and, if it also signifies rejection of the failed London concept, it serves a dual purpose. Historically, the Union case has declined as knowledge and awareness of its failings and limitations have increased. The side rejecting that and offering optimism and opportunity gains, however nebulous their ideas may be. The idea that Scots have become en masse, nationalists, is ridiculous.

Although the more Unionists – politicians and media – deride them for it, the more defiant they become, embedding the nationalist identity as a personal form of resistance and retaliation. The SNP makes them feel good, part of something unifying in a world which tends to isolate, and acceptance of the Union is grudging and resented. It helps that they have clever people and good technique but that’s not the reason they’re winning – many of the new voters and even MPs have only come along since the cultural shift started. Today’s SNP is the alternative to a failing system – for now. Their time has come. 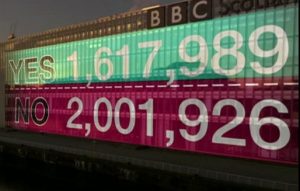 Unionism has trapped itself in a rhetoric of antagonism. Everything is grudging and reluctant. It is the very antithesis of hope, a key political message. FFA in layman’s language is simply controlling the budget, a concept every voter understands and regards as normal.

To my knowledge there hasn’t been a single reason in principle why it shouldn’t happen, maybe because you’d have to say to Scots they’re not capable of looking after their own money – although that’s the clear implication. Warning of dire consequences, even if it was true, is the same approach that nearly lost the referendum. And Scots rightly resent the charge that they’re dependent on someone else for their income – there is no more corrosive claim in the debate which is why online threads are filled with triumphant Britnats trumpeting about subsidy.

This is deeply damaging to the Union not to Nationalism. Opposition to FFA is simply Project Fear relocated in voter’s minds. If we’re too poor, whose fault is it? It can’t be Scotland’s and can’t be the fault of independence. It’s the status quo that has brought a rich country to penury, if it’s true. Scots now wish to look after this for themselves while remaining in the Union – precisely the idea floated ahead of the indyref. Is FFA practically impossible or is it just another block on our progress?

Britain has the third biggest budget deficit in Europe and the Government is borrowing even more than Greece, official figures showed yesterday. The UK racked up a deficit of 5.7 per cent of gross domestic product last year while the national debt soared to 89.4 per cent of national income, according to Eurostat. Britain is the basket case and Scotland suffers proportionately and then some. The powers to grow the economy are largely reserved. Releasing them under FFA gives Scots the levers to change their own country and borrowing controls would allow the deficit to be covered. What are the Unionists afraid of? If we’re a basket case, it happened under the Union.

3. “Our schools are failing poor children”

There has rightly been condemnation of education policy and performance afflicting kids from poorer backgrounds. The SNP stands accused and appears to be taking it on the chin. Good. But this has always been the case and not just in Scotland. Here is the Child Poverty Action Group covering England.

Children from poorer backgrounds lag at all stages of education. By the age of three, poorer children are estimated to be, on average, nine months behind children from more wealthy backgrounds. According to Department for Education statistics, by the end of primary school, pupils receiving free school meals are estimated to be almost three terms behind their more affluent peers. By 14, this gap grows to over five terms. By 16, children receiving free school meals achieve 1.7 grades lower at GCSE.

The evidence is irrefutable. Poverty causes poor performance. The answer lies in tackling poverty, not tackling teachers (although we shouldn’t hide from that). Britain’s tax, welfare, employment and economic policies embed poverty and close off options for improvement. Scotland can do it differently but doesn’t control the means of boosting the economy and supporting the poor. Without that capability (FFA et al) academic improvement will be limited. We can’t prevent poor performance without the powers to end poverty.

A party has to serve a purpose, if not just a cohort of voters. There is little doubt in anyone’s mind that the Tories favour money-making (however incompetent and dysfunctional at it they are) and will represent the interests of those who make, and keep, money. They are personal friends with the bankers, financiers and business executives and run to Europe to uphold the right of bankers to make bonuses even as they slash welfare. Those whose finances allow the need for accountancy, as opposed to a DWP cash payment or PAYE deductions, know they’re more likely to be understood by Tories. Upholding a mostly fantastical idea of British values helps.

What does Labour represent? The working man? Nobody seriously says that today. The decline in unions mirrors Labour’s yet the party failed to back its own support by abolishing Thatcherite anti-union legislation. If you don’t protect the core, you don’t deserve to keep them. Labour pretended to believe in socialist ideals while refusing to use the word. They appealed instead for the home-owning shareholders in the belief that the core would stay loyal. They did – for a while.

The message – the belief – is now so confused it can mean something totally different in the mouth of each member. On any subject Labour leans two ways:

Trident – ideologically against but voting for. Business – in favour obviously but prone to trade restrictions. Immigration – non-racist but keen to limit. Is Labour in favour of nuclear energy? Do they support onshore renewables? Do they want EU reform? Do they want to sell off RBS? Does anybody know…? In Scotland you could ask the same – how committed are they to devolution? The answer appears to be a) they founded it so yes, but b) they’re really scared of trusting the Scots too much. So Yes – kind of and eh, No – not too much.

Poor leadership performers don’t help but can be forgiven if the message is strong – and popular – enough. It isn’t. Just look at Jim Murphy’s efforts – weak, confusing and incoherent. It won’t do. If you waterboarded a Tory (I’m not suggesting you try) they’d tell you they believed in Markets. If you did the same to a Nationalist, they’d say they believed in Scotland. And if you did it to Labour? ‘We believe in what the focus groups tell us.’

You have to believe in something.

Crisis for Unionist parties as poll reveals more than half of...