Tory party members want to leave the EU without a deal. In a straight choice between Leaving the EU without a deal or backing Mrs May’s ‘deal’ 64% opt to leave with No Deal. Not totally surprising given May talked about No Deal being better than a Bad Deal for two years and the party faithful lapped it up. Those who do not agree with either proposition have torn up their membership cards leaving the hard-core brexiteers in the majority. The SNP now has more members than the Conservative party .

The research was carried out for the Economic and Social Research Council (ESRC) by YouGov. Amongst those intending to vote Conservative 72% think the warnings about No Deal are exaggerated and this rises to 76% in the poll of party members. When a choice of staying in the EU is also offered only 15% of Conservative party members would choose to vote Remain.

The sad irony is the party of government and HM opposition are both at odds with their rank and file membership. More significantly neither match opinion in the four nations given the results in Scotland and N. Ireland in 2016 and shifts to remaining in the EU in recent polling covering parts of England and Wales.

Labour are as paralysed as the Tories and also losing members with thousands more threatening to leave unless they see some action to keep the UK in the EU. Corbyn caught in the headlights of a juggernaut is playing rabbit with frozen indecision.

May depending on the DUP is a blind alley – they may be united in their views but are at odds with majority opinion in N Ireland.

The two largest parties are failing to provide a lead to resolve this mess. We are entering a period of slower global growth and the growth projections for the UK are lower than for the developing world, the US and EU. No wonder the electorate is confused and unsettled. This seems particularly the case in England where many just want a quick end to the internal party haggling – no matter the consequences.

England out Scotland in?

With the exception of the Lib Dems who are surprisingly quiet in England, the only party offering a clear lead backed by their membership and the country they represent is the SNP.  The solution is for Scotland to become independent and leave behind an England on a political path that does not represent our aspirations on any policy area, not just on this Brexit shambles.

A general election does not look likely to resolve anything. A second referendum could still be very close and might produce a result with England narrowly voting to leave but a Scotland and N Ireland result that took the UK over the Remain line.

Although there is increasing public support for a second EU referendum that is not shared on Westminster’s green benches. Corbyn wants a general election that he would lose on present polling data. The June 2017 general election saw a Conservative poll lead of 20% vanish. Corbyn is no longer in the position of a new on the scene ‘aged rock star’ with youth appeal. This is the very demographic deeply disappointed with the reality of Corbyn Labour.

If May does not get her Withdrawal Agreement through in the next couple of weeks she will probably try for a second vote if the numbers are between 50 and 80 short. Her team are working on possible solutions and briefing her daily on the shortfall. As Robert Peston reported, the Downing Street team are working in a silo with May in her personal silo, giving no indication of her thinking.

If parliament continues to reject her Withdrawal Agreement she might just go over the head of parliament. May going for a second referendum is 99 to 0. She keeps insisting she has delivered the best available outcome on the referendum result. The people decided and she delivered. May might just call another general election asking the electorate to return her with a mandate to push the vote through a new House of Commons.

Parliament would need to set aside the Fixed-term Parliament Act – again. It would also mean her intention to stand down before the next election would be moved back to the new parliament, should she be returned as Prime Minister for a third term.

May is totally committed to delivering her Brexit and seeing the process through. Her history of battling on whatever the setbacks has been the defining feature of her time at the Home Office and Downing Street.

Changing May for a new leader will not work. The clock has run out on that. The EU will only extend the withdrawal date of 29th March for a general election or a referendum.  Based on the timing sequence for the June 2017 general election a late March or early April election is the only possible time frame.

The Brexit end game is playing out along with the future of the union. Dates are hovering on the horizon. Hanging around for the actual starting gun is a risk we cannot take. It’s campaign time now.

May, the unlikely survivor, is still with us. If a general election is May’s best means of battling on she will choose that route. If the withdrawal vote is more than 100 short it looks like No Deal and goodnight Britain.

Endnote: The quote in the graphic heading this article is taken from The Judas Cloth by Irish writer, Julia O’Faolain. In the second half of the nineteenth century, during the period of the unification of Italy and the loss of the papal states, the Vatican was split between traditional conservatives and liberalising voices. A central character, in this historical novel, Monseigneur Nicola Santi tried to find a way of bringing the two sides together. He came to realise reconciliation was impossible. Somewhat familiar?

The 2016 EU referendum was a good example of England knowing how to spike democracy’s guns. The Westminster parliament has spent over two years in a paralytic state spiking any serious resolution to the biggest change the UK has faced for generations.

Editor’s note: The quote from the The Judas Cloth represents how England and the English have often been perceived internationally. As a truth, woven through the English establishment it reflects poorly on the people of a nation much misled and deserving of better. Newsnet reiterates its view that there are many decent people in England trying hard to create a better, more equal and fairer society. 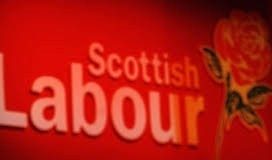 Brexiteers are deluding themselves, but still hope you will believe them