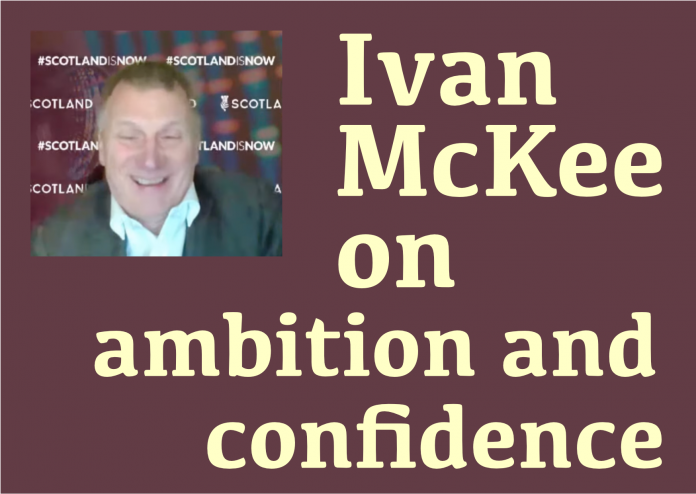 John Drummond is the host of the TNT Show on Independence Live. On episode 92 of the show, broadcast on 2nd March, John interviewed Ivan McKee MSP, Minister for Business, Trade, Tourism and Enterprise.

Ivan has significant international experience in business, starting with two years of voluntary service in Bangladesh with VSO, to working for a number of manufacturing companies, eventually setting up his own international manufacturing consultancy business. He has invested in, and successfully turned around, a number of manufacturing businesses and has managed businesses in Scotland, England, Poland, Finland, Croatia and Bosnia. He has a BSc.BEng in Manufacturing Sciences and Engineering from Strathclyde University and an MBA from Newcastle University. So our Business Minister actually knows a thing or two about business.

Ivan not only has expertise but his enthusiasm for a job he admits he loves shines through, as does his desire to help make Scotland into a successful independent country. Here are some points he mentioned, but best to watch the video for the interview.

“We talk about it as one thing but the UK government is a very big beast and all the different departments within the UK government have got their own objectives and their own agendas. They spend as much time squabbling with each other as they do disagreeing with us. It’s quite interesting about that, to understand how best to play that to Scotland’s advantage which is quite helpful.”

This is in contrast to the Scottish Government where Ministers don’t work in silos and policies are often spread across a number of portfolios to ensure a joined-up approach.

“Scotland can compete on the global stage in the space sector along with many other sectors.”

“If you look at the things that hold Scotland back, not having power over immigration is huge. We see that in all kinds of scenarios. It’s really hampered Scotland’s economic development.”

“If you look at the energy side of things, the feed-in tariffs are a real barrier to Scotland’s ability, and to our aspirations to be able to maximise our ability to deliver for renewable energy.

“Employment law, of course – that’s an ongoing issue where we argued for it on the Smith Commission. Labour argued against it and it didn’t happen as a consequence. But that would allow us to roll out fair work, a real living wage and other very important measures that at the moment we have to work around.”

Referendum – “The First Minister is committed to a referendum in 2023 . Steps need to be gone through to get the UK government to agree to that, but we are unwavering in our commitment to deliver.”

“The biggest issue is round about ambition and confidence.”

The show can be watched here. Apologies as the link won’t embed 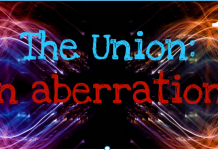 Curran ‘I wasn’t around’ claim challenged as Oil-gate refuses to die...