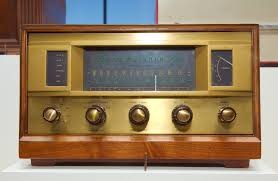 I’ve been learning the words and chords to Freedom Come a’ Ye on the basis that it is now a truly national song encapsulating the spirit and outlook of the Yes movement…that and the fact I’m embarrassed to be seen humming along.

It’s funny how using the Scots words connects you with the world they come from…Nae mair will the bonnie callants mairch tae war when oor braggarts crousely craw (a timely anti-war reminder there) or Black and white, ane til the ither mairriet, mak the vile barracks o their maisters bare…

Interpreted into English they make a Dylan-esque peace anthem that can be sung with an American twang. But ripped from the page and driven by suppressed rage in uncompromising Scots they seem to echo down the ages like the dreams of our forefathers expressed in their native tongue. These are the words spoken by the Scottish kings for a thousand years, by King Robert and by Barbour in The Brus, by the Covenanters in secret conventicle on the hillsides and even by Hume who tried to rid himself of them in deference to Enlightenment assimilation into North Britain. Our language. (Unless you’re a Gael). Our history. Our culture.

Hamish Henderson, whom I interviewed about his work and afterwards drove to Sandy Bell’s in Forrest Road, captured the humanitarianism that fights a constant duel with pragmatic self-interest in the national psyche. The Unionist critics like to deride this open-minded righteousness and contrast it with what is often a stultifying reality in modern Scotland, missing the essential truth – that we know what the right course is and we aspire to take it. Nor are we afraid to admit to it. And a black boy frae yon Nyanga dings the fell gallows o the burghers doon. To listen to this anthem sung in haunting solo by Karine Polwart or Lorraine McIntosh is to hear our long-gone Scots ancestors live on in the ancient words. To sing it in company is to join those long-gone Scots and share with them our birthright.

These thoughts coincided with the funeral of radio producer Stewart Cruickshank, someone few will have heard of but whose influence they will have felt. He was one of a legion of creatives working out of Radio Scotland, people who had titles like producer, editor, presenter or engineer but whose talent and passion reached way beyond the confines of departmental bureaucracy. They generated an unstoppable momentum behind programming that was intellectually and emotionally rooted in Scotland and its culture and which showcased the best of new indigenous talent and still embraced the wider world of arts and music.

It isn’t that the BBC was any less hapless and cack-handed than it is today – I’m not looking through rosy specs – but rather that the cumulative ability and drive of the staff overcame the shortcomings. There was a sense of mission in delivering what they believed the audience wanted and needed to hear and a fierce confidence that they knew how to provide it. There was none of the tentative audience-led insecurity you get today in programming based on Tell Us What You Want And We’ll Do It. The Cruickshank generation were experts in their field and had the heady sense of freedom to decide content rather than the prescriptive radio-by-numbers we’re subjected to now by managers obsessed with accounting, RAJARS and corporate process. 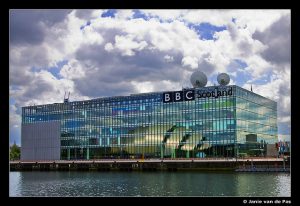 Radio Scotland was the cultural hub of the country so that when city theatre managers in Glasgow wondered how to fill the halls with something other than pantomime in the winter weeks, they asked the BBC. Donald MacInnes and Iain Anderson, I believe, and others suggested their mix of traditional music might bring in an audience and Celtic Connections was born. It is now a world event with the best of Scottish music combined with world music. Now over 20 years old, it has shown Scotland to the world and provided content for Radio Scotland. I hear rumours BBC Scotland wouldn’t provide full festival coverage on television in January but that can’t be true.

I have a film documentary on Radio France, their RS equivalent, which shows how the station is widely regarded as ‘a cultural gem at the beating heart of the nation.’ It demonstrates how it reaches all corners, reflecting the interests of the people to become a cherished part of national life. Does that sound like the Radio Scotland you know? Are the presenters national celebrities? Would there be widespread mourning and outrage if it disappeared tomorrow? 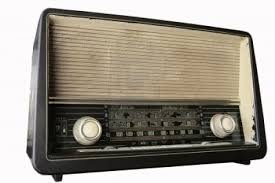 There is some good output on Radio Scotland but I know of no one who prizes it as a national jewel with must-listen programming. It has been yanked around so much in the last 10 years during which it became fearful of intellect, mistaking it for snobbery, prostrating itself before the lowest common denominator with audience-generated content like phone-ins. It has programmes named after presenters as if that meant anything, just like local radio.

It sacked the newsreaders who gave it the BBC tone and gravitas and binned the continuity voices that eased you from one show to another.

Now programmes crash into each other without coherence never mind elegance. It has 1980’s style musical stings with heavily-accented voices growling that this is Rrrradio Sco’laand. There is sometimes a querulous element to issues in the news as if they don’t want us to know how dirty and dangerous the world is…it seems to say: Don’t worry, it’ll be alright. Now here’s Robbie Shepherd …

The music that used to define it and give it a unique pitch seems to be confined to the late evening when audience numbers dwindle into the single figure thousands.

It’s also almost impossible to tune into as you travel north of the Great Glen – you’ve more chance of getting Radio Four from London or Radio Two. Radio was once the Senior Service, now it is the poor relation.

Radio Scotland needs more than a scheduling shake-up every five years. It needs leadership. It needs profile. (Does anybody know the Head of Radio Scotland?) It needs a sense of national mission. And it needs confidence. If the winds of change have blown through Scotland, how difficult would it be for the national radio station to feel the draught too?

Roch the wind in the clear day’s dawin

But there’s mair nor a roch wind blawin

Through the great glen o the warld the day.