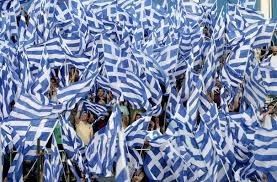 The Centre for Policy Studies sounds pretty impressive doesn’t it? On the 1st July 2016, this organisation  released: ‘Scotland: could it become Greece without the sun?’

Note the wording. Look at the subtly different headlines that followed:

‘Independent Scotland ‘could be a Greece without the sun’ (Herald)

‘Independent Scotland in the euro ‘like Greece without the sun’, Nicola Sturgeon warned’

‘Independent Scotland in Europe ‘like Greece without the sun’, Nicola Sturgeon warned’ (Independent)

‘Independence ‘could turn Scotland into Greece without the sun’ (STV Website)

To be fair, all of the newspapers and STV reminded us that the CPS is ‘right-of-centre’ and STV opened in pretty critical terms:  ‘A right-wing think tank’s report that claims Scottish independence could transform the nation into “Greece without the sun” has been branded as “unforgiveable hypocrisy” by the SNP.’

Leaving aside the more hesitant wording of the CPS headline, by contrast with the tabloid-like sensationalised certainties of the others, the report itself has a major flaw which makes the headlines; there were more like them, another example of anti-independence propaganda.

As you might expect, the report does identify, fairly accurately, the current challenges to the Scottish economy. It does not, of course, remind us that the current state of that economy is the product of centuries of London-based economic strategies and not evidence of what might happen with full control of the levers of power in the future. Further, the report does not offer any convincing basis for the crucial leap from a well-resourced country – admittedly rainy and with a set of challenges – to a country, admittedly sunny but almost entirely lacking in comparable resources and with a debt profile among the worst on the planet.

The actual ‘report’ is a sketchy six pages, yes only six, with no actual comparisons between the Scottish and Greek economies. The word Greece is only mentioned four times including the title!

At the very end on page 6, after five pages of very little intellectual effort, the authors actually admit they were just pulling our hairy Jocko legs with:

‘Of course, it would be impertinent to suggest that Scotland’s circumstances are directly equivalent to those of Greece, but it does undoubtedly serve as a useful reminder that countries with challenging public finances can end up suffering inside the Euro.’ 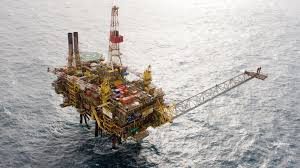 Did the reporters in our mainstream media actually read to the joke at the end of this ‘report’ before producing their headlines? It would have been easy to do. I know they’re busy but…a shoddy piece of ‘research’ is used to produce quite shoddy journalism, yet have a potentially scare-mongering effect on Scotland’s elderly and nervous voters.

Not only this but the CPS, as hinted at in the media reports admittedly, is a decidedly untrustworthy little gang of right-wing agitators masquerading as ‘The Centre’ for anything at all. Here is their story:

‘Formed by Keith Joseph in 1974, immediately after the fall of the Heath Government, the CPS began life at one of the lowest points in Conservative fortunes during the twentieth century. Usually described as a think tank, its calling in the early years was to evangelise rather than research, working by whatever means it could to overturn the collectivist political and economic orthodoxies of the day.’ (http://www.margaretthatcher.org/archive/CPS2.asp)

The CPS has attracted much media attention and has been a useful tool for the right-wing of the Tory party. Their publications have been uniformly light-weight yet portentous in their headlines and utterly biased on behalf of monetarist economic policy. For example, they even managed to persuade themselves that they had proved the BBC was biased in favour of left-wing policies. Try telling that to those trades unions who don’t call themselves ‘royal colleges’!

In 2013, they published: ‘Bias at the Beeb? A quantitative study of slant in BBC online reporting.’ London School of Economics’ media policy researchers (a 5 star research institute) jumped all over it gleefully, calling it ‘bizarre’ and adding:

‘However, even a cursory look at the research shows fundamental flaws that raise questions about the conduct and presentation of think-tank research and seriously challenge the report’s conclusions…. First, a caveat – this is not intended to be a defence of the BBC; it is an argument for adhering to the basic principles that keep empirical research ‘honest’ – verifiability, replicability, validity of methods, and so on. The CPS report on the BBC is deficient in all of these areas. It is opaque, it omits key data, resists replication, and presents results obtained via contentious methodology as fact without acknowledging alternative explanations, yet it sits on the record as definitive evidence of BBC ideological bias.

The CPS report (16 pages only) and the LSE critique references are below for those wanting more detail.

Always true to their extreme right-wing, libertarian ideals, the CPS has also had a go at the scientific consensus on climate change, in 2015 with the catchy title, ‘The Great Green Hangover’ they concluded:

‘Britain’s new energy ministers must re-examine energy policy as a priority. The over-focus on renewables and carbon reduction targets has resulted in a long-term energy policy that ignores priorities such as affordability, diversity and security of supply.’ (page 59)

‘The report today by the Centre for Policy Studies ignores the reality of the energy market. It wrongly suggests that we can ditch renewables for gas, with no explanation of where we would source that from. It also appears to suggest that we should row back on the tremendous gains we have made in the fight on climate change. Given the dire consequences of global warming this is not an option.’

Again, the references are below for those with longer attention spans. I’m just surprised the CPS haven’t put their climate change ‘researchers’ together with their ‘experts’ on the Greek and Scottish economies to deliver the rather obvious conclusion: