Michelle Thomson’s solicitor may have been struck off but she won’t be short of legal volunteers to represent her should she end up in court.

Amer Anwar has taken up the case but any criminal lawyer seeking a dripping roast of fees and publicity would be carefully snipping out each and every newspaper cutting that paints her in a derogatory light even before she is the direct subject of a police inquiry, let alone the accused.

Ultimately, she may indeed find herself behind bars for some appalling malfeasance, it’s just that to date, she is neither legally accused nor facing questioning. These are circumstances in which the media might want to tread warily given that if she pleads not guilty, the destruction of her character across the Scottish media could still prejudice the case.

It’s true that legally she remains fair game until she is actually charged, when public references have to be suitably curtailed, but her lawyer can already make a strong case that a jury might be biased because of hysterical coverage. Even if she is tried and admonished or even not proceeded against, she will have grounds for mounting an action against the Press for character assassination.

Cases are never replicated precisely but there are some precedents to consider. Robert Murat, for example, the Englishman who lived near place from where Madeleine McCann vanished. Desperate to construct a case against him because of the demands from their newsdesks for copy, the British reporters clearly suggested he was involved in the McCann case.

Murat sued for destroying his reputation. Then the newspapers made public apologies to Christopher Jefferies for the allegations made against him following the murder of Joanna Yeates. The Sun, Daily Mirror, Sunday Mirror, Daily Record, Daily Mail, Daily Star, The Scotsman and Daily Express – paid out substantial reparations. Jeffries had his past and his lifestyle raked over by a Press pack that decided he was guilty. His lawyer said: Christopher Jefferies was the latest victim of the regular witch hunts and character assassination conducted by the worst elements of the British tabloid media. Many of the stories published in these newspapers are designed to monster the individual, in flagrant disregard for his reputation, privacy and rights to a fair trial. These newspapers have now apologised to him and paid substantial damages.

Is an MP any different? There’s little doubt that we ascribe different standards of behavior to our representatives, but this is a legal matter, not the same thing as a moral judgement on her business dealings. Even if she is either innocent or not charged at all, her political career may well be over affecting her livelihood as well as her reputation by widespread innuendo and allegation.

The desperate scramble to muck rake indiscriminately reminds me of the difference between John Smith and Neil Kinnock. On becoming leader Smith binned Kinnock’s verbose style and introduced a clinical legal format of short, direct questions at PMQ’s which demanded answers – pinpoint accuracy against scattergun firing. One was precise and effective. The other was noise and counter-productive. There is both scope for reporting on behalf of a public right to know in this case and a wider responsibility to the serve the public with accuracy and, even, fairness. But again, the media just can’t help itself in the rush to condemn. If she is proved guilty of mortgage fraud, then to Hell with her. But so far the media is doing her a favour by monstering her in advance and making the job of the judicial process all the harder.

The introduction of insinuations against the Law Society is another jump-to-conclusions affair. That the secretary of a sub committee – Sheila Kirkwood – was a member of Lawyers for Yes is immediately translated as a bias against doing her job professionally. To the mob, a declared supporter of independence can’t be trusted in a responsible position. Therefore it is assumed she withheld the case from the authorities to shield Thomson. And I thought it was cybernats who were prejudiced, judgmental and running conspiracy theories up the flagpole?

Here’s what the chief executive of the Law Society, Lorna Jack said: “I think the media are looking to pursue a line of political compromise which is absolutely categorically not the case. I want to stress that Law Society employee Sheila Kirkwood has not acted unprofessionally or inappropriately at any time. Shelia is a hard-working, dedicated colleague. She had no involvement in taking papers on the Christopher Hales case to the Law Society Guarantee Fund sub-committee and in no way delayed these papers being taken to the committee.

“Shelia’s role as secretary to the committee is to write the minute. The names of Christopher Hales’s clients were not included in any Law Society papers that Sheila handled.  The first time Sheila realised Michelle Thomson was involved in the Christopher Hales case was from recent media reports. Sheila is entitled to her personal political views. The Law Society is a non-partisan organisation. However, we do not stop our staff from holding or expressing their own views in their personal lives.  People in Scotland are legally entitled to express their personal opinions. I am confident there was no conflict of interest in relation to Shelia’s role at the Law Society.”

It’s a plaintive appeal for sanity that will go unheeded. The red mist has descended over the media’s eyes and the hunt is in full cry. 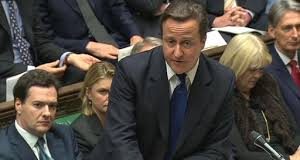