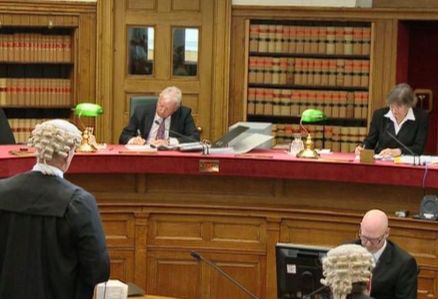 On the day the recorded crime figures come out (down to 1974 levels – damn that single police force) it is fitting that the courts are examining a case of moral crime and showing that the venal in society are not confined to the thieving classes.

The Alastair Carmichael case has about it the taint of the Wicker Man – a befuddled character being manipulated and laughed at behind his back by a knowing public intent on his immolation.

It’s hard to think of anything more cynical, serf-serving and insulting to a democracy than the defence orchestrated by this Scottish lawyer who until recently was holder of the Great Seal of Scotland. Where, you may wonder, is the pride in office of a trained solicitor or the dignity of representing one’s country in Cabinet when a man’s defence amounts to nothing more than: Aye. I’m a liar. But not in my private life.

The Carmichael Dispensation amounts to declaring that it is alright to lie through ones’ teeth to the public who elect and pay for you – they don’t matter – and misleading them doesn’t count. Democracy is a bagatelle in which points are scored or lost on a random basis. If you elect a bad’un – hard luck.

Lying and deceiving is part of the political game, a kind of professional foul that deserves a whistle and a tut-tut but no more. It’s what you do for the team when you’re wearing the strip and the action is frantic. It’s pretty much expected.

Of course, afterwards in front of the cameras, you have returned to sanity and sobriety and can laugh it off as a bit of banter. Suited and tied as a civilian, you’d never dream of cheating. Your word is your bond. (As Arthur Daley used to say).

Carmichael got himself into this mess and must squirm his own way out. It’s a serpentine trap he laid for himself. But what are the public to make of this farce?

They see yet another tricky dicky character, one minute blustering how he knows best about Scotland’s future, the next furtively leaking inaccurate information to damage an opponent. Squealing that it was somehow alright to lie about it is unmanly and unedifying. Carmichael went to the people for a mandate knowing he had told a bald lie and keeping it from them. Having the truth revealed after the democratic process was straightforward cheating. The people were – in local parlance – rookit.

He may yet be found innocent of the charge levelled under the strict terms of the legislation but he will trail the taint of guilt beyond the court – guilt in confirming the worst fears of a doubtful electorate about the debased character of the political class; guilt now attached to his own declining party and guilt too at the hollow bombast of those who inhabit the Mother of Parliaments.

Carmichael stands as the embodiment of the Liberal Party – untrustworthy, self-seeking and broken. 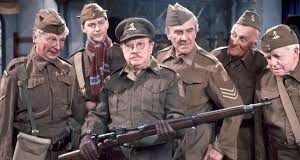 Christmas in the trenches and a year that’s nearly done

Time for Scots, and the SNP, to rally to the Kurdish...