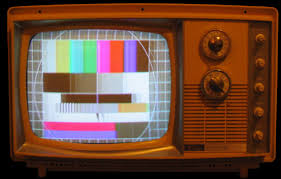 Expert Voices is a nationwide BBC initiative which aims to get more “BAME” (black, Asian and minority ethnicity) people who are experts in their field into broadcast media, both in front of and behind camera.

Danny Cohen, Director of BBC Television, said: “The BBC is passionate about reflecting the diversity of our audiences. We are committed to putting BAME experts at the heart of the media and to better reflect BAME issues and voices across our programming.” BAME are the outsiders, invited in.

I work with migrants, refugees and BAME communities, am concerned about access and entitlement and so I’d like to see this initiative succeed. I don’t want to be a presenter – I just need these issues to be presented accurately. You don’t get to be on the inside very often, so I was looking forward to taking part.

Yet something made me pause as I pushed the door into the BBC’s elegant glass box on Pacific Quay in Glasgow.

A significant number of the industry’s executives, producers, administrative, research staff and even participants who engaged with the BAME initiative were flown up from London. There were a small number of BAME Scottish professionals there, and it was funny and exciting to be so visibly together as a coherently “diverse” group in that transparent, public, multi-level building.

Mockup TV and radio interviews were an enjoyable way of expressing our views. In our group we knew we were talking about things that were not just real, but rarely heard in broadcast media. It felt really good, and our group was grinning with the novelty of hearing ourselves speak on radio- even though we knew we were only pretending to broadcast.

But at a “roundtable” session later that day with senior BBC Execs (black and white) and a range of independent producers called “the business of the business”, my heart started to sink. We were a group with a shared interest in “social, legal and community issues”, so we knew all about social exclusion. Nonetheless, I was still surprised to find myself feeling both excluded and irritated.

Was that just my own ungrateful response? Was I just annoyed by the media’s need to simplify or exaggerate complex issues? Maybe. But I think I was most annoyed by a senior black executive suggesting that our problem as a BAME group was that we had failed to network adequately. That was especially jarring. After 15 years and 29 diversity initiatives, BAME numbers at the BBC have actually gone down. Should BAME people simply be trying harder? No.

I resisted the urge to yell “don’t tell me about networking!” Outsider groups like the one that was created by this event – and we could just as well have been women, benefits claimants, gay people and many others- rely utterly on networking with each other because there is no other system for them to progress their interests. Minority groups are some of the best networkers around!

The problem lies not in BAME groups’ ability to network, but in the composition and assumptions of the networks themselves. This event was needed because outsiders don’t often get the chance to get this access. Not because we lack networking skills, but because we face institutional, systemic discrimination that our networks have not been able to overcome.

Despite this aggravation, I liked being at the event. It reminded me that my “excluded” group is a large and vocal one, and the day allowed me to experience what a different way of working might have been like. A funny thought came to me as I gradually regained my usual optimism.

The feeling in this BAME group was just like the excitement, anger and frustration generated in Scotland during the independence referendum, which at one point culminated in a spontaneous protest by Yes campaigners outside the BBC offices. The protesters were aggrieved at their perceived misrepresentation by the BBC.

I remember my own sense of delight and slight anxiety that people would dare to confront authority so indignantly. They were protesting because to them the “yes” interpretation of events was not seen as equally valid because it challenged the status quo. It seemed to me then that some Scots who were used to being insiders had suddenly experienced an unpleasant feeling of being portrayed as “outsiders” within their own country. Just as many black people do.

By coincidence, in the same week as the “Expert Voices” event, BBC Scotland broadcast a panel programme on migration. The discussion followed the conventional format, in which politicians respond to questions from the public – and everyone knows what they are going to say. The politicians and the media are secure in their roles: they “communicate” and the public dutifully listens.

This format is tired, especially in a Scotland so recently politicised. I’d like to turn it upside down, to invert the usual insider-outsider relationship, and see an audience of politicians asking a panel of community organisations, NGO’s and experts about their views. With time to think things through, and to agree as well as confront each other.

And my “Expert Voice”? It’s a bit like my Scottish voice. It’s nice to be invited to speak. But it’s hard to truly express yourself when others control the conversation.

Living with a dinosaur

BBC to join flight to Europe