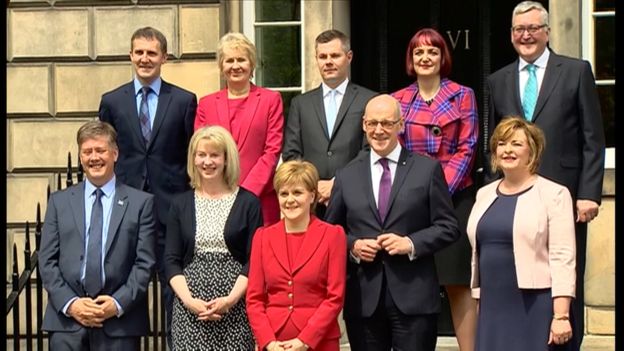 Bernard Thompson presents the argument for repeal of a controversial law

How does the SNP government avoid an early defeat? By repealing the Offensive Behaviour at Football Act

There has been much speculation as to how the loss of an SNP majority at Holyrood will affect the government’s ability to get its programme through parliament.

Early predictions are that the opposition parties will unite to abolish the Offensive Behaviour at Football and Threatening Communications Act 2012 (OBFA), striking a first blow against the government.

It could be seen as a smart – even obvious – move by the Tory, Labour, LibDem and Green parties to flex their muscles in repealing an act described only last week as “deeply flawed” by Sheriff Maxwell Hendry at Dumbarton Sheriff Court while acquitting two Rangers fans of offences under section 1 (1) of the Act.

Opponents of the Act – none more so than the campaign group Fans Against Criminalisation – have been vociferous in their condemnation of the legislation.

And they have been joined by a host of academics and media figures. Human rights group Liberty have expressed concern that: “the broadly framed offences in this Act will unnecessarily sweep up individuals exercising their right to free speech who have no intention to commit or incite a criminal offence and in the event do not do so.”

The case for the repeal of the Act is increasingly being recognised and it seems inevitable that it is now a case of when, not if, it will be removed from the statute books. The SNP would do well to pre-empt the opposition by moving first for repeal or at least declining to try to preserve it.

The problems surrounding the Act are more complex than are often acknowledged. It is often claimed that the public support it, based on a poorly-worded Panelbase survey of just over 1000 people, as sometimes uncritically reported in the media.

The survey was commissioned by Wings Over Scotland. However, an inspection of the Panelbase survey considerably undermines the claims of public support.

(One minor point to note in relation to the sample is the total percentage of respondents amounts to 102% or 1033 of a declared sample size of 1013 people.)

Of the 1013 actual respondents, only 45% claimed to be interested in Scottish football. Once the figures are analysed,  the survey found 308 football fans in favour.

From this sample, Mr Campbell declared: “So let the debate end here. Every single demographic in Scotland, without exception, including the people targeted and supposedly “victimised” by it, backs the Offensive Behaviour (Football) Act overwhelmingly, despite uniform media criticism and the constant shrieking of persecution-complex loonies.”

And yet – look at the question posed: “The Offensive Behaviour (Football) Act 2012 bans the singing of sectarian songs in and around football matches, but some supporters claim it infringes their civil liberties, or that it was intended to victimise their club alone.

“Do you support the Act, or do you think it should be abolished?”

This is quite clearly not an adequate representation of the provisions of the Act. The Act does not simply ban “the singing of sectarian songs” but also: – “other behaviour that a reasonable person would be likely to consider offensive…

We can offer all sort of examples of behaviour that might offend a “reasonable person” but, for brevity, we may note that the Act banned Frankie Boyle (or recordings of his material) from being played wherever a tenuous connection to a football match could be established. Not so rugby matches.

In defending the Act, after someone wearing a tee-shirt supportive of Palestine drew police attention, SNP MSP John Mason even went so far as to say that wearing a Yes badge should be considered unacceptable while watching football.

“We should all know by now expressing political views is no longer acceptable at football matches.”

Mr Mason was apparently not questioned on whether wearing a poppy could be considered to be expressing a political view, and we can only speculate as to how objecting to a poppy might be viewed.

The Scottish government itself has also noted support for the Act based on a YouGov poll. (Available as a PowerPoint presentation here.

It continues in a very similar manner to the PanelBase survey:

“The Offensive Behaviour at Football and Threatening Communications Act” aims to tackle sectarian or offensive chanting and threatening behaviour related to football which is likely to cause public disorder. To what extent do you support or oppose this law?”

It beggars belief that people can reasonably be asked if they support sectarian singing with the expectation that a majority will approve.

Both the PanelBase and YouGov surveys portray the Act in benign, simplistic terms (giving their respective sponsors precisely the answers they were looking for).

Are we to believe the the same results would have been achieved had the questions been:

“Do you believe that freedom of expression is essential to a just society?”

“Do you believe that people should be arrested for wearing Yes badges at football matches?”

“Do you believe that football fans deserve special treatment and laws that do not apply to people in any other circumstances?

“Do you believe that laws should be transparent and workable by both the police and the courts?”

“The Offensive Behaviour at Football and Threatening Communications Act” has been said to criminalise certain political expression, discriminate against football supporters and has been described as “deeply flawed”. To what extent do you support or oppose this law?”

For the avoidance of doubt, few opponents of the Act long to hear hate speech bellowing from the stands of Scottish football grounds and the often-implied accusation to the contrary is both insulting and obfuscatory.

The questions for the OBFA are simple:

Is it necessary (in the sense that pre-existing legislation on hate speech could not have been used)?

Is it fair?
Is it just?
Is it workable?

The answer to the above four questions appears to be No.

As for the part of the question pertaining to behaviour “in and around football matches”, the Act lunges into absurdity when it defines what may be considered in relation to a football match, including any pub where the match is being shown and on a journey to a match, the provisions noting: –

“(a)a person may be regarded as having been on a journey to or from a regulated football match whether or not the person attended or intended to attend the match, and

In the case thrown out by Sheriff Hendry, Police Inspector Marian Maclean testified: “I believed at that point an offence had been committed which could be likely to incite public disorder – it could provoke a reaction.”

The offence was singing about the YCV, popularly known as the youth wing of the Ulster Volunteer Force, but Inspector Maclean’s contention that such singing “could” provoke a reaction was hypothesising as to possible outcomes had people who were not in the immediate vicinity been there.

In fact, so broad-reaching is the scope of the Act that endless ridiculous scenarios could render innocent people liable to prosecution.

For example, take the case of a family from Inverness choosing to visit Glasgow for – let’s say – the father and son to attend a Sunday match but make a weekend of it by spending the night in Edinburgh so that the mother and daughter can shop while the menfolk go to watch the football. (Yes, I know women like football, too, and that men also shop.)

Anyone in the family would be liable to prosecution should they, for example, be heard to say “No paseran” in a hotel hotel room, as neither their intention to shop in Edinburgh during the match nor the absence of enough Neo-Nazis to start a rammy in the hotel room is a defence against prosecution.

And that’s aside from the fact that by focusing on football and not other public events (such as Orange Order parades, for example), the Act singles out football fans as an underclass worthy of special measures to restrict their behaviour as well as their rights.

Football fans have a right to be indignant and it is reasonable to assume that that feeling would be more widely shared were the complexities of the Act better appreciated.

The abolition of the Act will be a coup de grâce and there are SNP MSPs who privately agree.

As well as the obvious flaws, it has become almost symbolic of a breakdown in trust between football supporters and the police. It invites police officers to speculate on what a reasonable person would consider offensive and to speculate on what might cause disorder, if only the wrong people were present.

If you believe that a reasonable person would be offended by a defence of Tory welfare cuts, anyone arguing that case at a game, on the way to a game or in a pub showing the game should be liable to arrest.

Likewise, loud, vulgar belching is considered offensive to many people. Do so in a pub serving lunch before a match, and you could be faced with prosecution, if a suitably- minded police officer happens to be present.

Not so long ago, two people of the same sex expressing public affection would be seen as causing offence to “reasonable people” – and likely to incite disorder. It would have been a desperately bad idea to have done so at a football match. Or in the corner of a pub where Stirling Albion were facing Forfar in a televised cup tie.

That would require clearer definitions of what constitutes hate speech than had been in place before, which would both leave the public knowing exactly where they stand and the police clear about their duties.

But the OBFA flies against basic principles of justice, of which freedom of expression is just one.

Just laws are not applied only to select groups. They do not make people liable to arrest when they have no reasonable expectation that they could have committed an offence or when their actions are being assessed according to the subjective opinions of police officers, who cannot be properly equipped for every potential situation.

And these appear to be very good reasons to repeal the OBFA.

But there is another reason for the SNP to move to admit its own mistakes (beyond the fact that it is a sign of mature government to recognise its own failings).

There are few other, if any, “open goals” on which the opposition parties could comfortably unite without being tainted by common association.

The “named persons” legislation is controversial but nowhere near as accommodating in terms of allowing parties that would like to create distance between each other presenting a “united opposition” front.

In fact, it is hard to think of any other issues on which Labour, the Greens and Tories could join forces without being mutually damaged. (You may note that I excluded the LibDems).

The days of the OBFA are numbered. The SNP will either suffer a popular defeat or, in a dignified manner, admit that they got it wrong.

Scotland will be a better place without the Act, the SNP will be stronger for admitting its mistake. And the other parties will have to carefully consider the length of their supping spoons.

Russia, China, and the military implications of another Clinton in the... 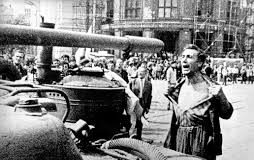 Let’s look beyond the meaningless rhetoric of the so-called SNP ‘one...