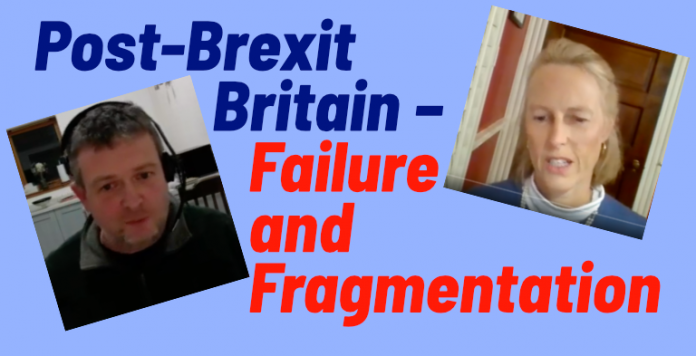 Molly Pollock looks at how lying and breaking the law has become normalised in the Johnson Government. Cabinet backs the law breakers because they can’t find another accomplished liar to become PM.

The Sue Gray report may have been put on hold, but today the Met police concluded the law had been broken and issued fixed penalty notices to the Prime Minister Boris Johnson, his wife Carrie, and his Chancellor of the Exchequer Rishi Sunak along with another 30 to others bringing the total now issued to over 50.

Both Johnson and Sunak have repeatedly assured the House of Commons and the media that there were no parties, they hadn’t attended any parties, no rules had been broken, all regulations had been followed and that there were now more important matters to focus on. Did they lie to the House of Commons? Not them, they insisted. Today, both Johnson and Sunak apologised for the birthday party which they admitted they had both attended and were fined for. The media has covered that story about one event.

Interestingly, though, Euronews had a slightly different version of the story.

So one penalty notice or six? More lies being told?

Johnson and Sunak are not resigning, believing they have done nothing wrong. Johnson’s cabinet members (and Douglas Ross in Scotland), well briefed on what to say, have piled in to support him, insisting now, during a war in Ukraine, is not the time for leadership change. They ignore the fact this has happened numerous times during previous conflicts and that at present in France a presidential election is being held without France falling to pieces or ceasing to function on the international stage. Nevertheless their stance will no doubt resonate with some Johnson supporters. Many others, though, are incandescent with rage.

Dr Bendor Grosvenor, broadcaster, British art historian, writer and former art dealer, who at one time worked for the Tories tweeted: ‘He must go. Otherwise we’ve crossed the mother of all Rubicons.’

Alex Massie, Columnist for the Times and Sunday Times tweeted: ‘Time’s up, prime minister.‘ He followed that with: ‘No, it’s not like getting a speeding ticket. No, the war in Ukraine does not change anything. Yes, it’s time for the parliamentary Tory party to act.”

Many expressed the view that if Johnson and Sunak are allowed to get away with this then any party in government with a clear majority can basically do as it likes. The constitution, unwritten and malleable, could merely be changed or overridden, or just forgotten about. There would always be some excuse with which to con the public.

The rule of law, and what willfully breaking it could result in, exercised many a mind and tweet. A Byline Times article Above and Beyond the Law summed up what many believed and felt compelled to express on social media.

Today was merely the latest in a long stream of bad publicity for the Tory government. Of late, the UK government has not been enjoying the best of reputations. That was one of the topics covered by a video overlooked as its link had slipped down the email inbox, but discovered at this opportune time.

Oxford for Europe recently held a virtual meeting with former UK diplomat Alexandra Hall Hall and former UK civil servant Richard Haviland in which views on a wide range of topics were given and discussed. Topics ranged from Russia’s invasion of Ukraine which had taken place the day of the virtual meeting (24th February 2022), to the EU, Brexit, Russian money, the UK government, the UK’s standing in the world, the UK’s plummeting reputation, ministerial incompetence, and Scottish independence.

Although this discussion took place six weeks ago it is as relevant and gripping now as then with much to chew on. Well worth listening to. Also well worth noting what Richard says about Scottish independence and the problems he grappled with and which still nag him. Many of those we need to convince to vote Yes will have embarked on, or are on the verge of embarking on, a similar journey where pride at being British and of what the UK stood for vies with the reality of what the UK has now become post-Brexit – anti-EU and authoritarian – and the possibilities held out by the return of a democratic independent Scotland to the EU. 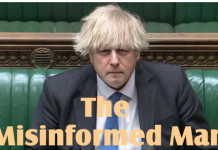