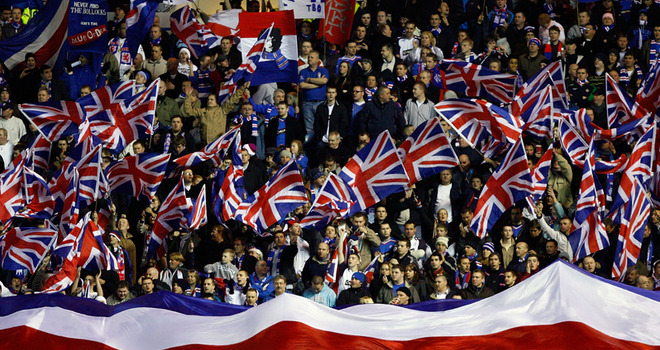 News that HMRC has won the latest, decisive stage in its ongoing tax case saga with Rangers has been greeted by most fans with an air of resignation.

For the club’s supporters this is confirmation of what they already knew: that their club was being mismanaged to the point of ruin for years. This is not an isolated incident of course, and the issues facing Scotland’s football fans have been close to my heart for some time – in 2013 I led the Scottish Green Party conference to pass a motion in support of Dunfermline fans seeking to buy their club.

However, the impacts of this particular case reach far into wider society, with HMRC’s victory in the appeal demonstrating the extent to which the taxpayer has been ripped off over a number of years, in football and other areas of business.

There’s two key lessons that can be learned from this mess.  First – as far as football is concerned – the best guarantee fans can have that their clubs are being run in their interest is for fans themselves to run the clubs.  Second, for wider business, that all measures to evade or avoid tax are morally repugnant and that if a taxman is properly resourced, there should be no hiding places for tax dodgers.

These are both issues that the Scottish Greens have spoken out on more loudly and more consistently than any other party.  Alison Johnstone MSP fought hard to have provisions on fans’ right-to-buy included in the Community Empowerment Bill and a consultation is now underway from the Scottish Government on implementing fan ownership.  I know that many Rangers fans remain concerned at the ongoing need to sink millions of pounds of debt finance into the club, with the ability to repay entirely predicated on the club returning swiftly to former glories on the pitch.  It’s a strategy that risks fans having to pick up the pieces once more.

On tax, the decision of the Court of Session vindicates campaigners who’ve long called for decisive, punitive action against those who abuse the system.  It’s welcome that HMRC have said that today’s decision will embolden them in their pursuit of other cases where Employee Benefit Trusts have been used to evade tax.  It would be good if more of that was done through the courts, seeking full recovery of avoided payments and publicly shaming offenders, rather than resolved through backroom deals.  Greens also want to go further, with action taken to close currently legal loopholes on offshoring profits for tax purposes and we have called for boycotts of companies like Amazon that play the system in this way.

For ordinary Scots wanting a fairer deal from clubs and businesses at large, the fight goes on.  Scottish Greens will continue to be part of that battle, putting citizens’ rights to have a greater say in how we run our country and the institutions we hold dear at the heart of our campaign for next year’s Holyrood elections and beyond.

Zara Kitson is a regular contributor to Newsnet.scot and a leading Scottish Green Party activist