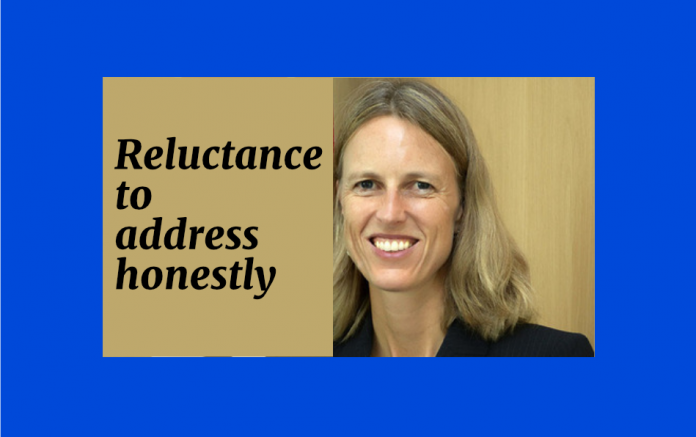 On being required to lie about Brexit

Molly Pollock looks at a recent article and tweets by Alexandra Hall Hall who resigned from her position as Brexit counselor at the British Embassy in Washington, and from the British Foreign and Commonwealth Office in December 2019.

In her letter of resignation Alexandra Hall Hall cites as reason for her departure from the British Civil Service her increasing dismay at: “the way in which our political leaders have tried to deliver Brexit, with reluctance to address honestly, even with our own citizens, the challenges and trade-offs which Brexit involves; the use of misleading or disingenuous arguments about the implications of the various options before us; and some behaviour towards our institutions which, were it happening in another country, we would almost certainly as diplomats have received instructions to register our concern.“

Who is Alexandra Hall Hall?

So who is this Alexandra Hall Hall with the repeated surname and the integrity to resign from the British Civil Service? Well, apart from at one time, six months in 1989, when she was married to broadcaster and car fanatic Jeremy Clarkson and who is later said to have carried on a lengthy affair with him, she has tweeted a thread on the UK Tory government which has been lauded and widely retweeted on Twitter.

“Alexandra Hall Hall is a former British diplomat of 33 years standing, with postings to Bangkok, Washington, New Delhi, and Bogota, and a posting as British Ambassador to Georgia from 2013 to 2016. She resigned from her position as Brexit counselor at the British Embassy in Washington, and from the British Foreign and Commonwealth Office as a whole, in December 2019, over her concern that she was being required to tell lies about the implications and implementation of Brexit, in violation of the civil service duties of integrity, honesty, objectivity, and impartiality. She currently lives in Washington D.C. with her family, and serves as a trustee on the boards of several non-profit foundations.”

Her UK government biography is a little more detailed:

So Someone with wide experience in the Civil Service and an intimate knowledge of how government works and should work, with the knowledge to compare the UK and American systems. She also knows when government isn’t working and serving the people it governs, and when that should raise concerns.

In her recent article in the Texas National Security Review she writes at length about the work of civil servants whose primary duty is to the elected government of the day, irrespective of what their own political leanings may be or whether they believe or approve of the policies being implemented. But what happens to the integrity of the civil servant tasked with actions and policies that break the law (as with the illegal proroguing of the UK Parliament in September 2019 when both English and Scottish high courts ruled it illegal and by implication that the prime Minister had lied to the Queen)? Moreover the courts made clear that the proroguing was instituted merely to stop scrutiny of Brexit. How should a civil servant react when strategies destined to willfully deceive the public are introduced (as in the case of Brexit)? Is remaining silent in the face of wrongdoing the right approach or does that make civil servants complicit in the wrongdoing? And what about the public and the duty of civil servants to provide impartial advice to their parliamentary representatives on which they can then act?

Alexandra Hall Hall also raises the Internal Market Bill introduced in September 2019 which “one of his [Johnson’s] ministers openly acknowledged in the House of Commons would break international law ‘in a very specific and limited way.’ This resulted in the resignation of the government’s top lawyer, Jonathan Jones. But other than that?

The core values of the civil service are:

Honesty — being truthful and open

Impartiality — acting solely according to the merits of the case and serving equally well governments of different political persuasions.

By 2019 Alexandra Hall Hall found her position untenable, believing she was being asked to tell half-truths about the implications of Brexit and the way in which the UK government was implementing it — a way she believed was deliberately misleading and a violation of her civil service duty to act with integrity.

So, given this background it is no wonder Alexandra Hall Hall’s Twitter thread has received considerable attention and praise, praise too in the comments from many serving and former civil servants, when she describes our system of government as undemocratic with prerogative powers exercised on behalf of the Crown, an unelected House of Lords, a system that gives disproportionate powers to a government elected with less than 50% of the vote, an imbalance in powers across the Union, and a cozy nexus of donors, media, and politicians.

She believes the population is kept distracted and entertained with a never-ending diet of shallow news and gossip about royals, toffs, socialites, models, sports, pop, soaps, crime, etc. Feelgood stories or trivia which gloss over the challenges and inequities which actually prevail in our society.

And she believes that under this Tory government the situation is getting so much worse, with its systematic efforts to attack and undermine any institutions which counter its narrative or try to hold it to account – parliament, judiciary, NGOs, human rights experts, investigative journalists, standards watchdogs, liberals, and others. Most sickening of all, she writes, is the shameless posturing and co-option of supposed “patriotic” icons – flags, Churchill, WW2, Britannia, the monarchy, the army, Spirit of the Blitz, pint glasses, and invented rows with external so-called enemies – the French, the EU, the Irish.

The real threats that confront us are being ignored – the internal and external. Incompetent, self-serving government that is failing to tackle domestic challenges, posturing on global issues and our values overseas while accepting dirty money, selling arms to dubious regimes, and cutting foreign aid.

The need for change

Alexandra Hall Hall considered herself a “fairly conventional, middle class, middle of the road, Brit”. She was aware the UK was not perfect, but thought that fundamentally it was okay. Now, however, she is much less sure, and believes a lot needs to change.

Judging by the reponse to her Twitter thread she is far from the only person in the UK who believes that. Recent actions by the Tory government and its members has caused sharp intakes of breath even by the Tory faithful, with opinion polls showing a large drop in support because of sleaze and perceived corruption, and Tories shaking their heads in disbelief at events like partygate, and muttering that this is not the Tory party they joined decades ago, nor is it the Brexit they wanted and were led to believe they would get.

The natives are getting restless. 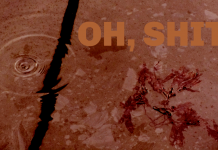 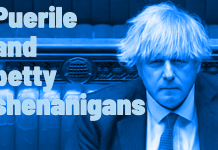