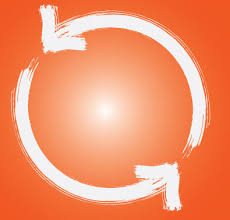 Writer, broadcaster and blogger Rachel McCormack takes issue with GA Ponsonby’s argument for a “first and second preference” vote for the SNP in May’s Scottish election, and his critique of the Left alliance RISE.

Last week Newsnet posted an article by G.A. Ponsonby arguing that starting a new political party like RISE would not help the cause of independence. It criticised those who have set it up, stating: “the SNP is the vehicle to independence.  Only when we have reached that destination do we disembark and set about creating the new Scotland.  We simply do not have the required powers yet”.

As well as mentioning only one woman in the entire thing, the article reads like a 1960s Latin American revolutionary man’s address to women: “Thanks for your help in the fight, now when we’ve won we can discuss you ladies getting some crumbs off the table, meanwhile please go back to the kitchen and keep quiet and we big men (in this case the SNP) will get on with the important work.”

One wonders who will help create this new Scotland when such backward attitudes exist.

Those committed to the cause of independence have a struggle on their hands. The referendum result showed that winning 55 per cent of the vote may win the fight but it doesn’t actually settle things and to win independence the cause really needs to be supported by at least 60 per cent  of the voting population. To happen, independence needs at least 15 per cent  more of Scotland’s votes.

While waiting to reach that destination Scotland needs to be governed; children need education, the sick need healthcare, we all need properly policed and decently housed. In a mature functioning democracy that happens with a proper opposition, in both the press and inside the Parliament. 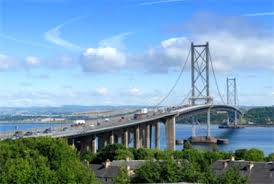 At the moment we have a debate when every single mistake or flaw in SNP  governance is more fuel for unionist flames of ire. That the Forth Road Bridge was closed, that the contractors for the new bridge were pouring litres and litres of concrete into the river was and is a scandal.

Sheku Bayoh’s death in police custody, and the subsequent handling of it by both Police Scotland and the Government, was and is a an appalling scandal, but neither of these things are evidence that independence is a bad idea.

There is a desperate need for the frame of the debate to be changed. Commentators and politicians who support independence, ordinary people on Twitter, shouldn’t be reluctant to criticise Scottish Government actions because it might damage the independence cause. That is a nonsense that comes about from paying too much attention to staunch Unionist journalists ready to pounce on any debate or criticism of the SNP as an argument against independence.

A mature democracy has many voices and positions and holds its Government properly to account, a mature cause has a wide and varied support base and if more people are to support independence, more views, often opposing ones, need to be catered for.

Catalan independence supporters understand this and there are several pro independence parties in Catalonia appealing to right wing conservative supporters, left wing Republicans and environmentalists, there is even a radical housing group. All of them support independence, all have different views on how the country should be governed. The rise of the independence cause in Catalonia can party be attributed to this broad spectrum of support from very different sections of Catalan society. Simply put, people can vote on more than one issue.

In the past decade the SNP has taken a fringe idea, one that never had more than the support of a third of the people living in Scotland, and  turned it into a mainstream cause with an ever increasing amount of support. To win the prize in the end that independence supporters want the movement has to evolve. New pro independence parties of all views have to emerge, journalists, ordinary people should be able to both support independence and strongly criticise a political party whose policies they don’t agree with.

While Ponsonby looks at the creation of RISE with patriarchal irritation, independence supporters should look upon it with relief and pride. The cause is growing up, it has more than one voice. It may even be a voice that you want to support

Rachel McCormack is a writer and broadcaster who has an opinion on everything mostly, but not exclusively, related to food. She is currently writing a whisky travelogue book to be published in Spring 2017. Rachel is not a member of any political party.

Her blogs can be read here. 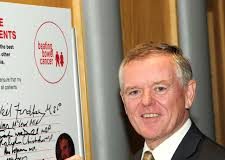 Michelle Thomson: At the eye of a media storm as the...