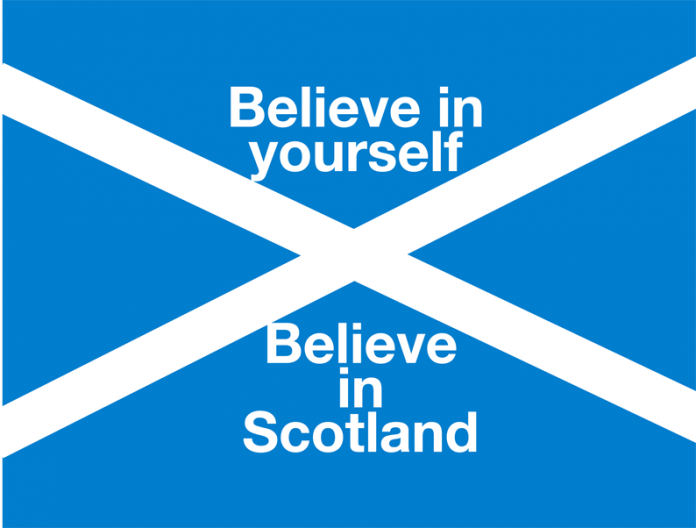 Forget Project Fear as directed at Scotland and pay attention to the real problem. The future to fear is one still thirled to Westminster with powers taken away from our parliament and plans to introduce partial direct rule by a Westminster government that thinks devolution was a mistake. Our parliament needs the full battery of powers a normal nation has to resolve the damage inflicted on our food and drink industry, exports, our trade with the EU and so much more.

The party of business at Westminster is destroying business with its determined Brexit must succeed agenda. It won’t. The party of low taxation is now the party of high taxation for low and middle income groups. Cutting off the short-term uplift on Universal Credit adds to the amount Johnson’s government is taking out of the economy.

If we make it possible for money to flow through spending, the economy is much stronger. Higher taxes and benefit cuts aimed at those on lower incomes inflict unnecessary hardship and shrinks economic activity. Those on lower and average incomes have to spend all or most of their income on life’s essentials. That money keeps businesses in business, including energy suppliers operating on a sustainable model.

Westminster governance is not normal and the UK’s standing internationally shrinks by the day. Isn’t that right Kermit?

Scotland has the resources to be a success which is what Johnson et al are so afraid of. We have the gas, plenty of petrol and diesel, whilst these are still needed. Oh and no shortage of electricity which is genuinely renewable and steadily scaling up. We will always be willing to help England out when needed after independence from our surplus resources.

Scotland is miles better than England on renewables because we started earlier, have unrivalled geographic advantages and have invested in the future which is prudent and timely action in the face of the climate crisis. If we do not do better, as nations undertaking collective action, the World will continue to burn and flood with increasing regularity. Far from restricting global warming to a 1.5 % increase the current trajectory is 2.7% by 2050. Asia is still burning a great deal of coal and England is planning to bring coal-fired power stations back on line. All this would mean a 10 metre rise in sea levels according to a climate conference this week.

Hard core Brexiteers say they won’t buy from an independent Scotland. Did the same with Ireland. Now Irish exports to the UK have soared by 40% post-Brexit. They have told every country that left colonial rule behind they would not survive without London government looking after them. US included. Scotland needs to remember that when this tired old story is replayed and replayed on a stuck turntable. If any nation is too wee, too poor, too daft for believing in its lost state of global grandeur it is England. We commiserate with all the decent people in England who see this so clearly. The best we can do is show them a good example with independence and regaining our EU membership and citizenship.

Suddenly visas are going to be available for truck drivers and the teams of qualified turkey butchers that would normally now be here helping to deliver Christmas dinners. Like any response from Johnson it always comes too late to resolve issues he has been well warned about. Christmas Day is just 3 months away. Do we really think the Home Office are going to spew out visas on Monday? Lorry drivers have 27 countries where they can find a job and work with ease. Seasonal turkey processors will have found other seasonal work this year in more welcoming countries. Too little, too few, too late.

The sheer scale of the present crisis should be enough to bring this government down. Talk of a general election has suddenly vanished as petrol rationing arrives, empty supermarket shelves stretch longer, new tax hikes hit the less well off and benefit cuts all gobble up more of fragile household budgets. Added to the squeeze is inflation and in especially harmful areas like food and fuel, currently being experienced.

Fur coats are no longer considered appropriate wear. Families who may still have a hand me down up in the attic could be advised to give it a dust off. Granny’s fur coat might be your housecoat this winter.

Potential rebels on Tory backbenches are being threatened with deselection if they rebel. That was a real process prior to the December 2019 election so MPs know it would be done again. If there were enough Tory MPs more afraid of the electorate than Boris’ threats things might change. We are not holding our breath as on the other side of the Tory divide are the Brexit hounds now forming a large chunk on the Tory backbenches. Any softening of a hard true blue Brexit would be like trying to take a raw steak out of the mouth of a hungry Rottweiler.

The work ahead is to prepare the case for independence. We have much work to do and people to convert. That is a continuing process we can all get on with and talking to others on why a dysfunctional union is not in Scotland’s interests.

Business for Scotland is running Believe in Scotland which is an important part of the way forward.

The other element is to enable more of our population to believe in themselves and throw off the too wee, too poor, too stupid, shackles that is preventing them maximising their own potential and that of the collective nation of Scotland.