G.A. Ponsonby, a founder and former editor of Newsnet.scot, presents a personal view on where Scotland’s ‘alternative media’ should go next…

It’s a term that was thrown about with abandon during the referendum campaign – “New Media”.  The internet had given birth to several new online “news & views” vendors and now Newsnet, Bella and Wings were going to take on the traditional media.

At last, we thought, the voting public has an antidote to the poisonous misinformation emanating from traditional outlets.

But it didn’t pan out as hoped.  Yes lost the referendum.  The scare stories and lies seeped into the public consciousness.  Too many people believed what they read and heard.  The ‘New Media’ had little impact.

The truth is there never was a new media.  Three solitary websites [four if you counted National Collective, now defunct] each with their own message could no more take on the might of the traditional media than three lone voices with their own unique chant can out-shout several thousand football fans singing in unison.

That’s not to say there isn’t talent out there.  There’s bundles of it.  It’s just that during the referendum it was uncoordinated and scattered.  And it still is.  There is still no cooperation or cross-pollination.  There is also an unhealthy tendency to see other sites as a rival as opposed to an ally.

Join us for a celebration of the new media in Scotland six months on from CommonSpace’s launch. A host of Scotland’s other new media outlets and bloggers will be there for the party, as well as guest speakers, DJs, documentary screenings and some IRL media activities.

I wish them success.  But I have a feeling that this type of event is unlikely to lead to the kind of change required if the so-called ‘New Media’ is to challenge the traditional media in any meaningful sense.

The traditional media’s strength lies in its ability to speak with one voice.  How many times have you seen a contrived bit of anti-SNP propaganda appear across the traditional news media?  The story appears in one newspaper.  It’s picked up by another, then another.  More often than not it finds its way onto the airwaves of the BBC.

Before long the anti-SNP propaganda is being debated and discussed on TV and radio by the very editors and writers who created it.  It’s reinforced through repetition and embeds itself in the public psyche.

In the middle of the recent general election campaign, a memo now known to contain inaccurate claims regarding Nicola Sturgeon was all set to become headline news before it was exposed as a fraud.  The usual suspects in the media, including the BBC, were already headlining it just as it was being debunked.  The SNP got lucky when a traditional journalist, Severin Carrell, contacted the French Consul in Edinburgh.  The French rubbished the story and the rest is history.

Would Bella, Newsnet or Wings have been able to wheedle out the truth from the French in the way that Carrell did?  Not as things stand they wouldn’t.  They aren’t designed to chase down news stories.

If we are to create a new media worthy of the name then we must face the reality that what we currently have is no more a ‘new media’ than an opinionated pub-bore is a persuasive orator.  Our so-called new media is a hotchpotch of disconnected opinions and views, with the odd angry rant at newspapers thrown in.

The main weakness in what passes for this new media is news, or rather a lack of it.  When I was part of the old Newsnet team we tried to publish at least two relevant news stories each and every day.

One of the benefits of this approach was that we were able to headline stories that the pro-Union media was trying to suppress.  Indeed on more than one occasion the traditional media itself was the story.  We were also prepared to use the research from sites like Wings over Scotland and turn Stuart Campbell’s more sensational exposés into news stories.

The other benefit to daily news content was that visitors to the site saw not an opinion piece, which they could dismiss as partisan, but a factual news item which carried more weight.

A serious issue at the heart of the new media is an appalling duplication of effort.  I’ve lost count of the number of appeals from people who want to provide a broadcast service.  Immediately after the referendum result an appeal was launched that hoped to raise enough cash for a nightly news programme.  The cash – tens of thousands if I recall correctly – was raised but the project failed [or stalled].

The same group are currently running another appeal for ten grand for their NewsShaft venture, which is centred around a regular podcast.  The site itself is rather well put together, but how many people are visiting?  Another group – Left Scotland – recently raised £8,200 of its £11,000 target in order to create ‘a full digital channel’.

But why do we need more than one group capable of producing high-quality broadcast output?  Why not consolidate skills and create a centre of excellence that can be tapped into by all?  Create a central studio complete with the best people and equipment.  Other outlets simply commission work.

The internet is strewn with appeals from pro-indy groups who believe their project is worthy.  The appeal usually promises they will create the best/alternative/definitive/ new media [insert your own hyperbole]. Most never get anywhere near their target.  Some do, but then fail to make any significant impact beyond their own regular visitors.

I estimate that during and after the independence referendum, pro-independence ventures managed to secure well over half a million pounds from countless appeals.  If we’re honest with ourselves we have to acknowledge that the cash hasn’t led to any significant improvement in online content.  There has been little if any online (r)evolution.  Considerable amounts of cash has being wasted.

One appeal that has recently succeeded is the Bella Caledonia appeal.  Over fifty grand now sits in its bank account.  I donated a tenner to the appeal.  I did it because of a pledge to cooperate with other sites and bloggers.  I have for some time believed that no influential new media is possible unless those who control the established outlets begin to work together.

I’d like to see real cooperation amongst those with the resource.  Not just regular meetings but a real collective organisation whose purpose is to bring the new media content to as many people as possible.

I’d like to see a central portal created and agreed whereby the best of the online media can be collated regularly and republished freely.  Let’s face it, all of the established outlets Newsnet, Bella, Wings and Common Space occasionally publish stuff that isn’t quite up to scratch.  It isn’t uncommon to find pieces that are poorly drafted, maybe jagged to read or worst of all indulgent & boring [ouch!].

They do though produce content that is unquestionably of an extremely high quality and thought provoking.

Imagine a single website [portal] containing the best of Bateman’s interviews, Bella’s idea pieces, Wings debunking and the Ginger Dug’s satire.  Such a site could offer a very real challenge to the pro-Union media.  ‘The Portal’ would also include the very best from other peripheral bloggers.  And I mean all of the other online contributors and not just the elite clique that is slowly creeping into and hogging the ‘New Media’.

There would be challenges of course.  Who would decide what pieces appeared in ‘The Portal’?  How would it be funded?  There’s also the question of promoting the umbrella site.  How would the public learn of its existence?  None of these are showstoppers and goodwill from the current big three of Bella, Wings and Newsnet would ensure a regular supply of extremely high quality content from its inception.

I think recent history demonstrates that no single site can hope to challenge the traditional media on its own.  With Unionists now gearing up for Project Fear MkII in a bid at thwarting Full Fiscal Autonomy it is essential that those on the pro-indy side band together.

The lessons of the referendum need to be learned.  Let’s not fail because we believed our own hype. 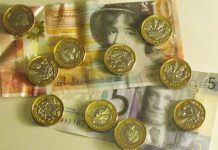 What currency should an Independent Scotland aim for?

Border reivers and the minefield that could be European trade post...