‘More than 1.5 million families are in extreme debt, according to a TUC/Unison report’ – BBC

‘Extreme poverty is becoming the norm in Scotland, report claims’ – The Herald

Regular readers will know that it is my mission to provide clarification of stories like those above from July, so that we judge more accurately the relevance of these reports to Scotland. I’ve been waiting on a regional breakdown of the data for some time now with no success. I did eventually get this response:

‘The Bank of England’s NMG survey provides for some regional analysis, although the sample sizes for each region vary considerably.  For example, there are 468 people in the survey from the East Midlands and 771 from Greater London.  Concerning the nations, there are around 450 from Scotland and 300 from Wales and Northern Ireland isn’t covered at all. As a result, we were not able to undertake any cross tabulations on a regional/ national basis.’

I wrote to the TUC and then to the researchers at the Leaning and Work Institute, requesting the raw data but as I write this I have had no reply. So, it looks like I’m not going to be able to shed light directly and will have to find other sources which can be used to suggest reasonably how we might react to the TUC/Unison study. You might have noticed the quite small sample sizes above and the lack of any obvious consistency in the ratio of the sample to the populations concerned. The Scottish sample, for example, seems disproportionately small by comparison with the Welsh sample.

As I considered the headlines above, I was reminded of a previous piece I wrote for NN correcting the notion that Council Tax debt was a major factor in debt crisis in Scotland due to the Scottish Government’s actions. See this quote from ‘The job of protecting Scottish poor from excesses of Tory austerity’ (https://newsnet.scot/archive/job-protecting-scottish-poor-excesses-tory-austerity/):

‘Scotland has statutory protection for people with solvable or temporary financial difficulties through the Debt Arrangement Scheme (DAS). This protection allows people the space and time to regain control of their finances – by making affordable repayments to creditors, and freezing all charges from the date of application – as soon as debt advice is sought. Council tax arrears are included in DAS. A similar statutory scheme is needed for England and Wales. Only by giving this protection a statutory underpinning can it be guaranteed to people struggling with mounting debts, encouraging them to seek advice, and ensuring that their repayments can remain affordable and sustainable.’

This is the kind of contextual explanation that the Scottish media should be using as a matter of course, but don’t. Returning to possible level of ‘extreme poverty’ in Scotland, here’s my first evidence suggesting that the TUC report’s conclusions need to be modified for Scotland.

From the Scotland Institute’s ‘CHANGES IN HOUSEHOLD INCOME AND EXPENDITURE IN SCOTLAND 2008-2014’ of February 2016:

‘In effect, the current Conservative Government is continuing with New Labour’s reliance on debt to offset drops in income so as to maintain consumption levels. At the moment, while incomes drop, debt is steadily increasing which is unsustainable both for individual households and the wider economy. In consequence, 52% of Scottish households described the level of personal debt as being a burden. Even so, household debts in Scotland remain below the UK average.’ (8)

Further evidence of less debt in Scotland comes from ‘Unsecured and insecure? Exploring the UK’s mountain of unsecured personal debt—and how it affects people’s lives’ published by Citizen’s Advice in 2016:

‘How is unsecured debt distributed throughout Great Britain? Breaking down unsecured debt by region reveals that those living in the South West of England and Yorkshire and the Humber are the most indebted, with mean debts of £5,036 and £4,796 respectively. With average unsecured debts of £3,144 and £3,441, people living in Scotland and the West Midlands tend to have less debt on average than the rest of Great Britain.’

Perhaps undermining the TUC/Unison study, across the UK and not just in Scotland, here’s a second piece of evidence actually suggesting less debt problems in recent years, across the UK. The Office for National Statistics Early Indicator estimates from Wealth and Assets Survey, Wave 5, July 2014 to June 2015, suggest:

So, as with previous dodgy dossiers from the Royal College of Nursing and the Royal College of General Practitioners, suggesting a crisis in NHS Scotland, this TUC/Unison report hides Scottish data with the effect of denying the Scottish Government any credit for its efforts to minimise the effects of Westminster’s austerity policies and to protect Labour’s Scottish branch office from further humiliation. Look back, in particular, at the Herald’s headline and consider how the evidence presented here makes it both inaccurate and ludicrous. 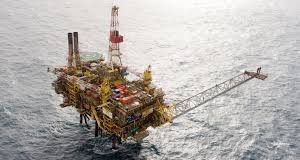