The headline above is based on the findings from part of a major research study titled ‘Primary Care Physicians in Ten Countries Report Challenges Caring for Patients with Complex Health Needs’ by The Commonwealth Fund of New York in December 2016.

I have focused, for this article, on those questions most closely related to the wider and more general perceptions of satisfaction and of stress, held by GPs in Scotland, and not the many more detailed questions regarding particular ‘complex health needs’. These results are, at first, surprising and thus politically significant given the regular BBC Scotland and STV reporting of alleged crises in General Practice based, typically, on unreliable ‘research’ reports from the GP’s trades unions, the RCGP or the BMA.

The above report carried out by a very large and well-respected research institute, headlined findings that were very bad news for the US health system. Of the 10 countries surveyed the UK and, to a lesser extent, the Netherlands, were the most highly rated, depending on the criteria.

I requested a breakdown of the results for the 4 UK NHS providers some time ago. It was only after repeated requests and some perseverance that I was able to obtain and thus to be able to report on them (below). Interestingly, the London data have been extracted from the English overall data and presented separately. I think this enhances the comparability of the rest of England to the rest of the UK. The Fund alerted me to the fact that he Northern Irish figures are based on a very small sample and so need to be used carefully in any comparison.

Throughout the full set of data, the Scottish results are mostly better and often by some distance from those for the other areas.

There was initially some doubt that the Fund’s UK partners would allow release of the data. I’m grateful that these barriers were overcome, in the public interest. The contacts for the project are at the foot of this document. I have the full data in Excel format and can copy that to anyone interested. It’s very big and so I have extracted selected findings and tidied up the presentation to fit A4 size. Anyone who doubts my integrity can, of course, have the full data and/or contact the Fund.

There are 44 main question tables plus at least as many summary and other tables so a full report is beyond my time or energy. As mentioned you can have the whole thing if you send me an email address. I’ve concentrated on the opening questions which are about important current issues and one or two others which I think add to the debate currently being reported in the Scottish media.

Q1. Which of the following statements comes closest to expressing your overall view of the health care system in your country? 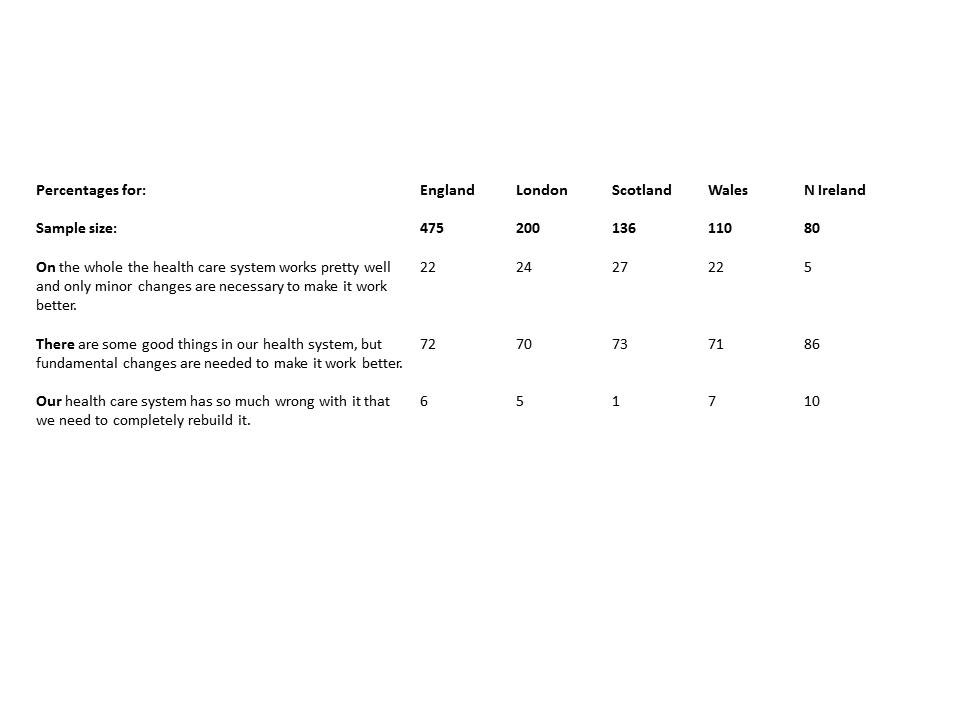 Scottish GPs do seem the most satisfied with the system but by quite a small margin. The differences between the areas are pleasing but not significant. From a professional perspective, I’d say the options in Q1, with two potentially confusing statements in each are likely to make the results lacking in validity. Kin particular the insertion of ‘fundamental changes’ in the second option makes it too close in meaning to the third though this is intended to be much more severe.

Q2. Overall, how satisfied are you with practising/practicing medicine? 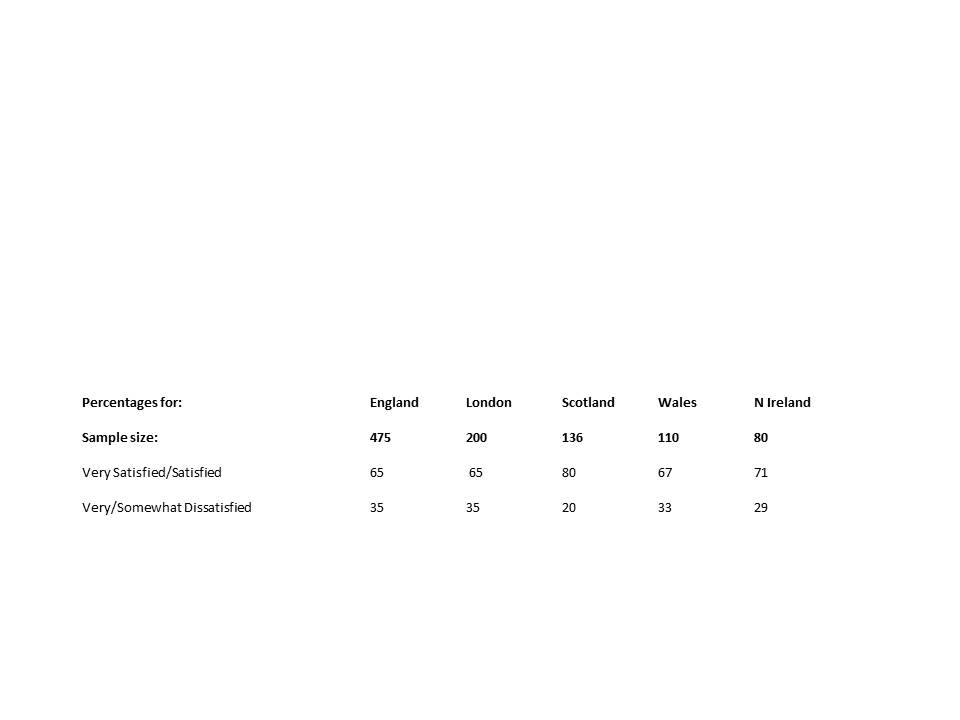 In the responses to this all-embracing question the results are very positive for the Scottish NHS by contrast with the others.

Q3. In general, do you think the quality of medical care your patients receive throughout the health care system has improved, has become worse, or is it about the same as it was three years ago? 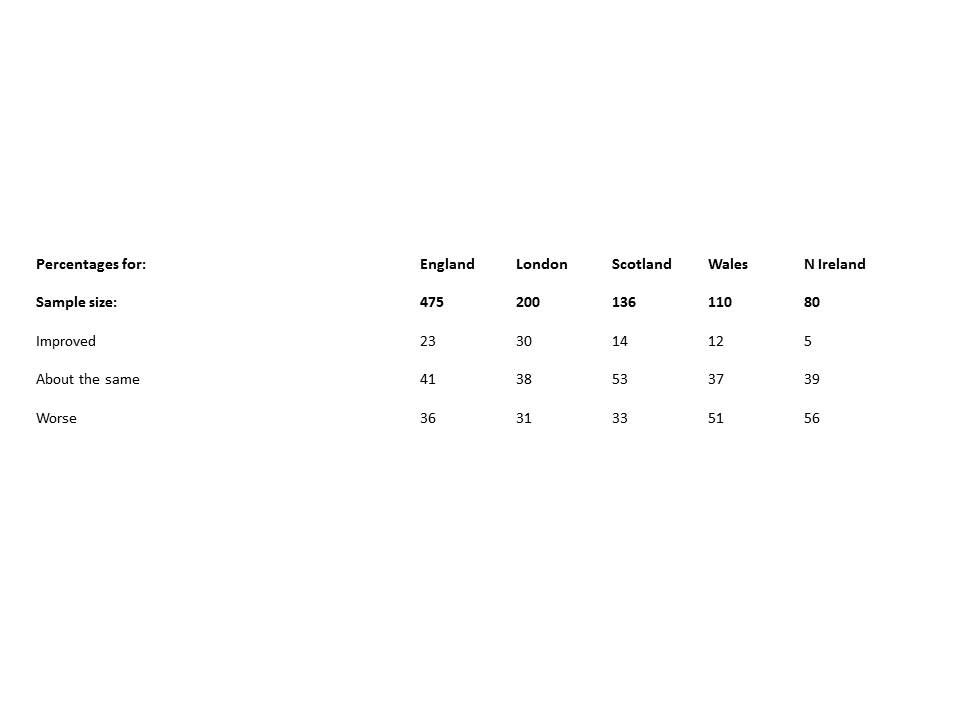 In reading these results it is probably important to bear in mind that the high Scottish figures for ‘about the same’ may reflect a system that is actually perceived, by Scottish-based GPs as better and has been so for a few years. See for example the recent report from the Royal College of Emergency Medicine rating Scottish A&E as the best in Britain, the major improvements in Heart and Stroke care (see references below) and, of course, the lack of a Junior Doctors’ strike never reported or explained on BBC Scotland News.

Q4. Thinking about all the medical care your patients receive – not just from you, but from all providers, including consultants/doctors in specialist health care/specialists – what is your opinion about the amount of medical care they receive?  Is it…? 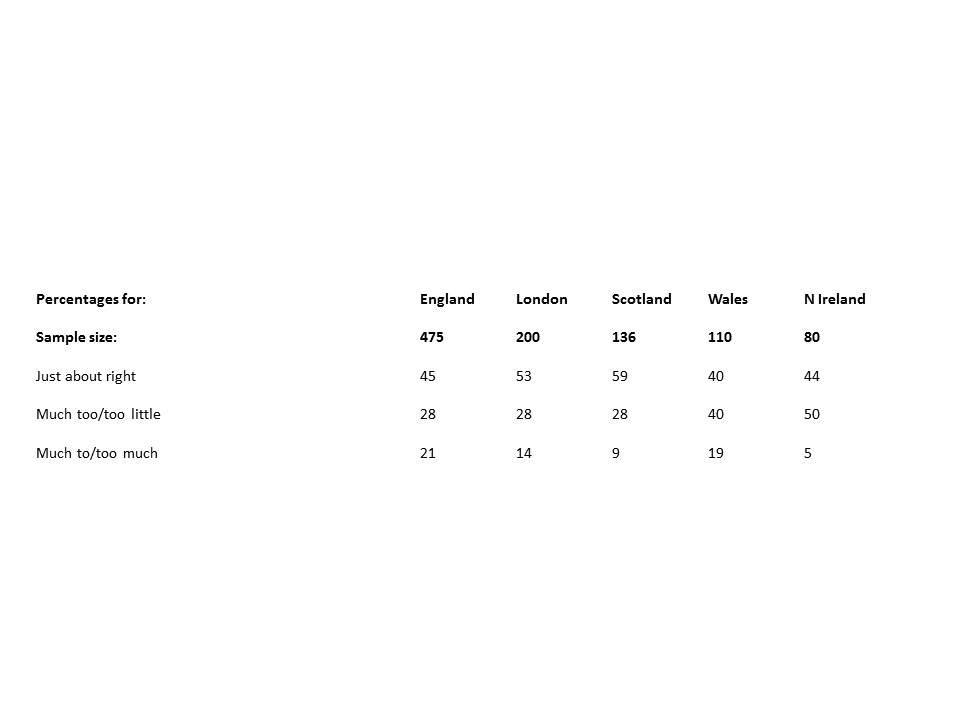 The Scottish results are probably not significantly better than those for London but are so for the other areas. Remember the London GPs operate in a huge global city with a large number of top-quality specialists for every condition.

Q15A. When your patient has been seen by a consultant/doctors in specialist health care, how often do you receive a report back from the ____ with all relevant health information? 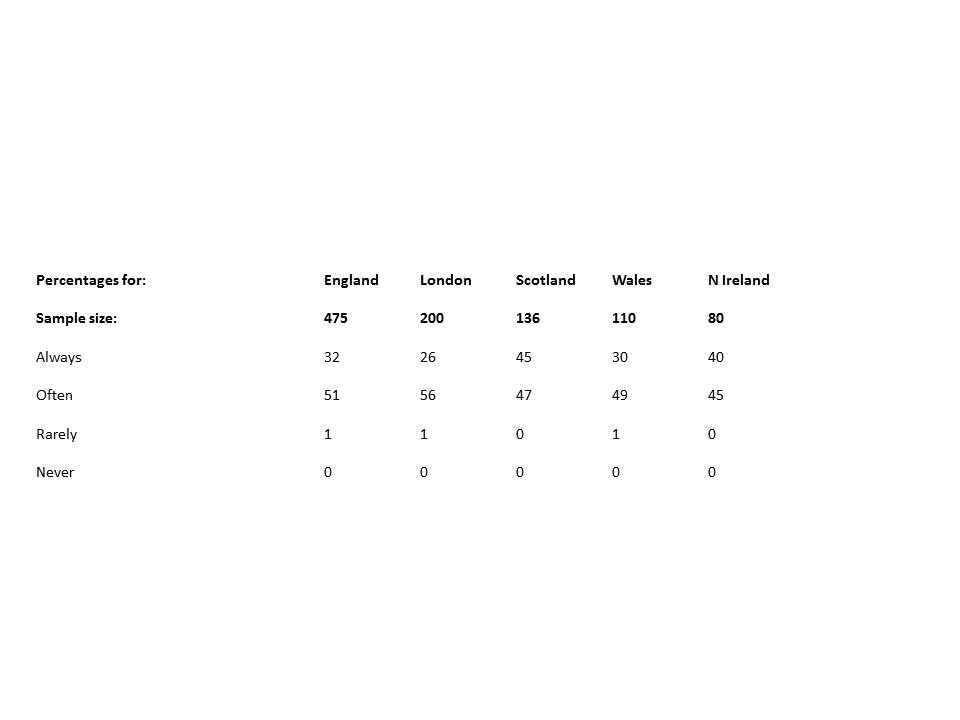 I chose this example and the next in the light of suggestions on Reporting Scotland of inadequacies of this kind in cases such as suicide by those with mental health conditions after transfer from hospital wards to care homes dependant on GP advice thereafter. The situation in Scotland, though by no means satisfactory, of course, seems far better than other areas in the UK. Other sub-questions of Q15 show the same pattern of apparent superiority in the Scottish NHS.

Q19C. During the past month, did the following occur with any of your patients? A patient experienced problems because care was not well coordinated across multiple sites or providers. 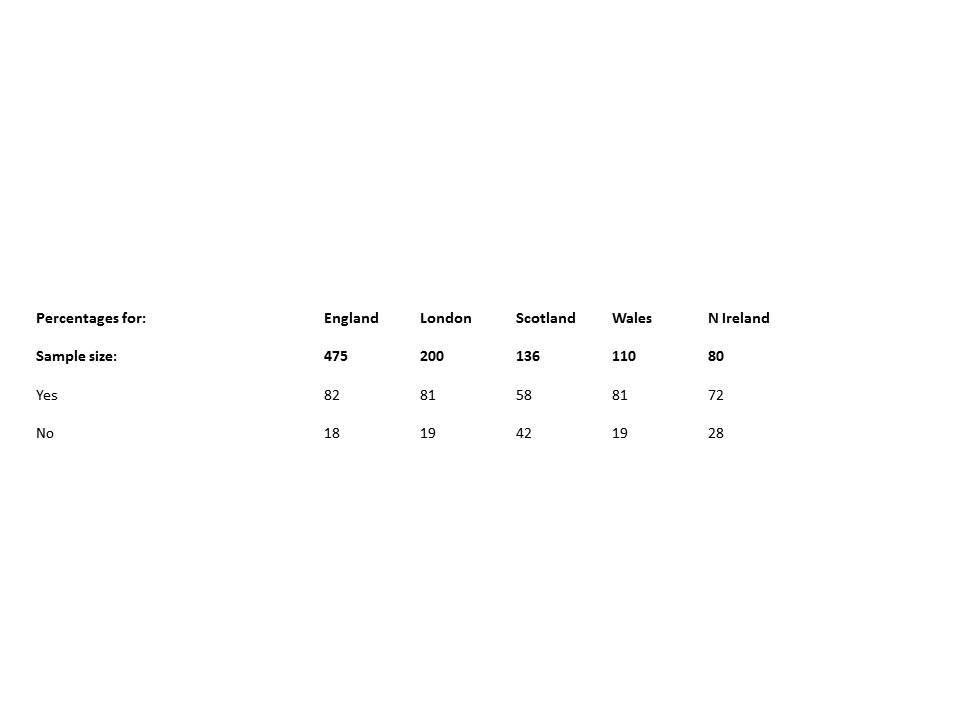 The situation with regard to these serious concerns seems, of course, not yet acceptable in Scotland but is clearly significantly better than elsewhere. To varying degrees, the Scottish results were better for the other sub-questions of Question 19.

Q37. Thinking about your medical practice, estimate how many hours a week you typically work. 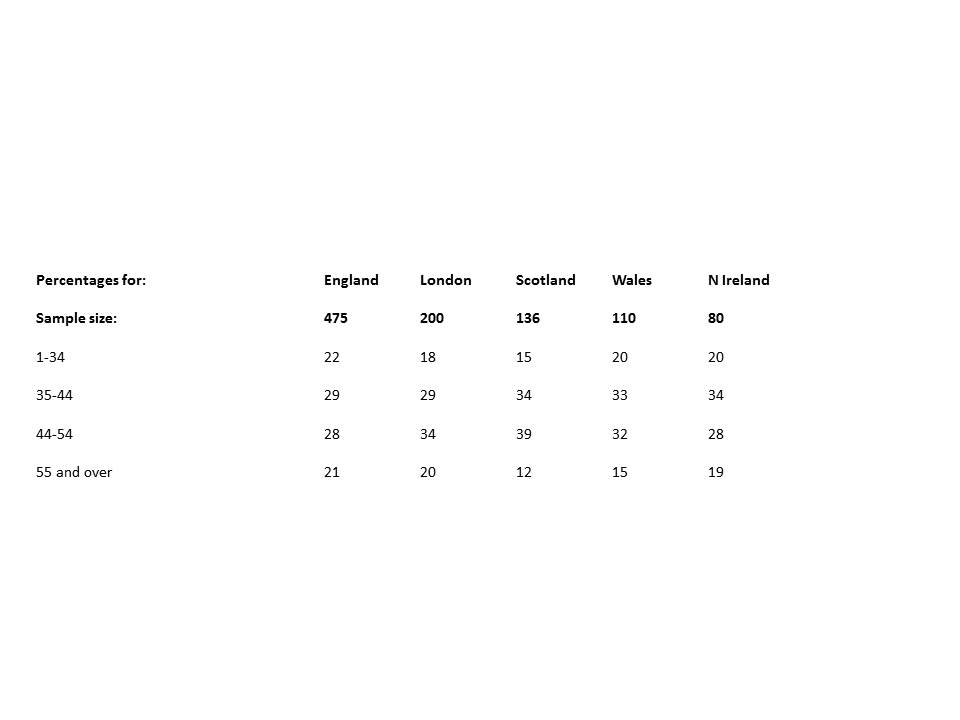 This table is particularly interesting in the light the regular claims of massive workloads made by the BMA and RCGP and uncritically presented by STV and BBC Scotland.Based on these returns, made anonymously thus more reliable, Scottish GPs are less likely to feel overworked than GPs elsewhere in the UK.

Q43. How stressful is your job as a general practitioner/primary care physician? 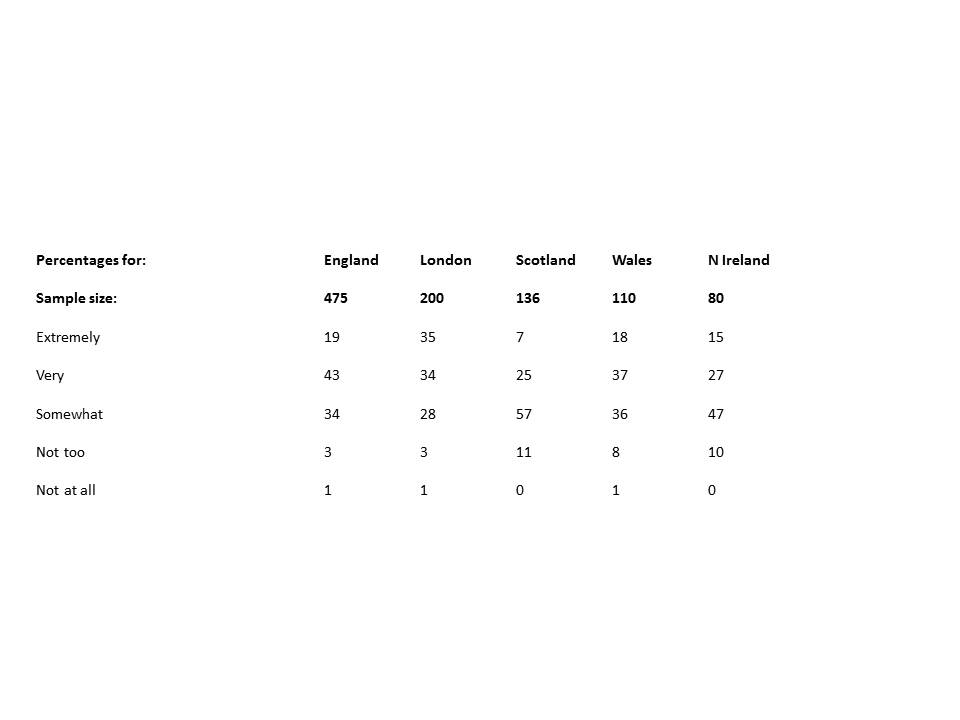 Again, contrary to the commonly presented image, Scottish and to a lesser extent, N Ireland, GPs are either ‘made from girders’ or work in a less stress-generating system. Interestingly in other sub-questions of Q43, Scottish doctors were much more likely to be satisfied with their income yet, at the same time, the least likely to be satisfied with it in comparison with specialists! Also, Scottish GPs were the least likely to report intending to retire and thus further undermining the BMA/TV News scare stories about imminent shortages.

So, to sum up, we have here, further evidence of the relative health of the Scottish NHS by comparison with all other UK areas. Of course, the Scottish system does need to improve further.  It is, however, wholly unacceptable that media presenters such as BBC’s Jackie Bird with Health Correspondent, Eleanor Bradford or Unionist politicians such as, in particular, Labour’s Jackie Baillie are allowed to distort the truth unchallenged, unfairly and inaccurately demeaning the good work of all the staff, in our NHS.

Media Watch: Scotland’s vices must be kept in proportion, especially in... 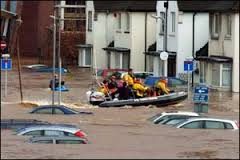 Despite the deluge, is flood protection stronger and better funded in... 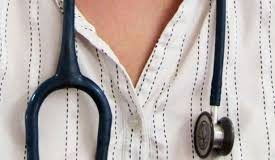 Does trade union for Scottish GPs represent its members’ views on...