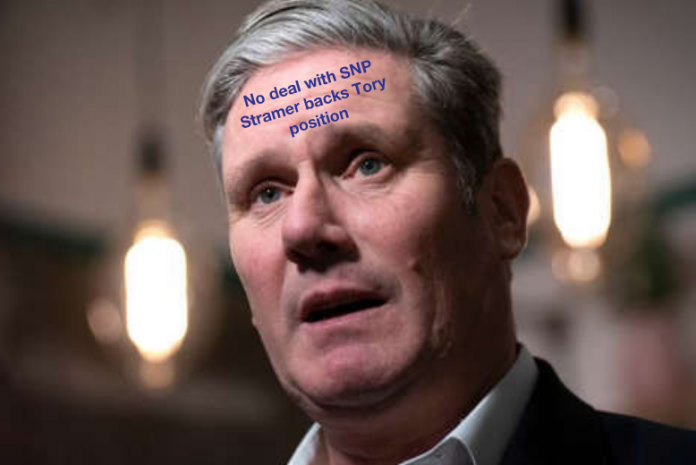 Speaking on LBC, Starmer insisted there would be no deal with the SNP even if that meant the Tories got another 5 years. No deal with the SNP he announced was tattooed on his forehead so we thought that was worth a picture to show the reality of Starmer face to face with the Tories in England’s rightward march away from progressive policies.

Scotland must get out of this damaging union of unequals. It is the only way we can use our immense resources and economic strength to govern in the interests of the people. Scotland is the richest part of the UK behind London and the South East by per capita GDP and more or less equal with the East of England.