Scotland’s referendum last September was the most significant democratic event of my lifetime, and the level of engagement it prompted – with a near 85 per cent turnout – was a refreshing rebuke to the notion that voter participation in Western democracies is on an ever downward spiral.

Its consequences are reverberating still, to the extent that the independence referendum and its aftermath remains one of the major engines driving, not just Scottish politics, but the UK political landscape as a whole.

Two events this past week have proved that. Firstly, it was a week which has laid bare the potentially seismic shifts taking place electorally in Scotland, with Lord Ashcroft’s seat-by-seat polling of 16 Scottish constituencies showing the scale of change which may be at hand.

These polls, detailed though they may be, are just a snapshot and the SNP are taking nothing for granted – hard work and good policies are what win votes, and we know the scale of the challenge we face if we are to make gains.

Secondly, this was the week in which William Hague laid out his English Votes for English Laws (“EVEL”)proposals – a package of measures which would not have seen the light of day had there not been an independence referendum. But those proposals are an affront to the very idea of the UK as a partnership of equals, because it cannot be right to exclude Scottish MPs from decisions on matters which have a clear effect on Scotland.

The SNP have a longstanding position of not voting on matters which purely affect England – such as fox-hunting south of the border, for example – and we stand by that. Where any issue is genuinely ‘English-only’, with no impact on Scotland, the case for EVEL can be made.  But, as I recently made clear, issues which may superficially appear to be ‘England-only’ can often have very serious knock-on consequences for Scotland in terms of our public finances via the Barnett Formula.

That  is why I have already pledged that a post-election bloc of SNP MPs will be prepared to vote on the English NHS, to restore and protect it as a proper public service, rejecting the pernicious impact of privatisation and protecting Scotland’s budget in the process.

The Hague plan has the potential to block Scotland’s voice from key decisions affecting Scottish voters. Until powers on, for example, income tax are devolved to Holyrood in full, it is profoundly undemocratic for anyone to try and carve Scottish MPs out of important decision making on such issues. And that is not something we will stand for. Make no mistake, the SNP’s objective remains independence, but for as long as Scotland is part of the Westminster system, we must have an equal say there on issues which affect us.

That’s why one of the first objectives of a strong group of SNP MPs will be to push back against the Tories’ proposals and work to ensure continued protection of the rights of all Scottish MPs to have a say on budgets, taxation and other key issues for as long as those powers remain at Westminster.

And we will make our voices heard, when appropriate, by voting on matters which affect England but which also impact on Scotland financially. We will vote on nominally “English” matters at each and every opportunity when Scotland’s national and economic interests are directly affected.

That is not just our policy as a party, it is our duty as democratically elected representatives of constituencies across Scotland which face being profoundly affected by Westminster decisions. As such, it is essential that Scottish MPs – not just those from the SNP – continue to vote on issues affecting all parts of the UK.

Paradoxically of course, William Hague has actually helped make the case for Home Rule, where Scotland takes full responsibility for all its own finances, and not a halfway house which offers limited economic powers while proposing a parallel loss of voting rights.

His plan to exclude Scottish MPs from decision-making is the antithesis of the notion, promoted incessantly in the closing stages of the referendum campaign by the No campaign, that the UK is a valued ‘family of equals’.

But that political and intellectual incoherence is perhaps not too surprising. It is indicative of a political establishment which is still struggling to come to terms with the flowering of democracy Scotland witnessed last autumn, and its ongoing effects – consequences which Westminster has barely begun to properly understand, let alone deal with. 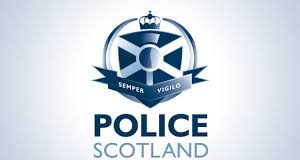