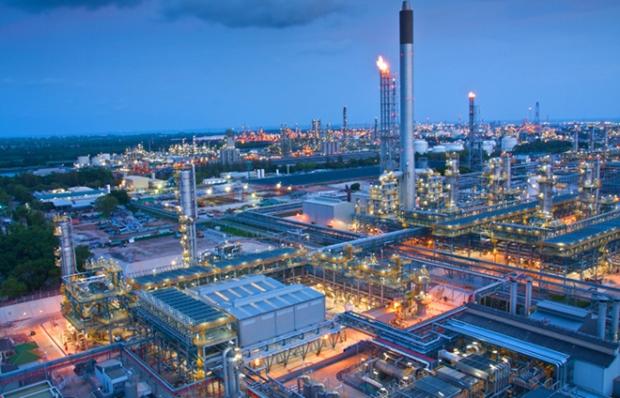 Jonathan Portes, Director of the UK think-tank the National Institute of Economic and Social Research (NIESR), has backed the credibility of First Minister Nicola Sturgeon’s plans to deal with the UK deficit, its growing debt pile and her alternative direction to George Osborne’s austerity plans. 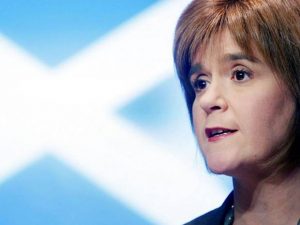 Following Sturgeon’s recent high profile speech at University College London, Portes described the strategy she set out as fiscally sustainable, enabling both the annual deficit and national debt to fall over the period of the next parliament.

The First Minister outlined an approach to borrowing that would see billions injected into the economy in the form of public spending, with the aim of improving growth and therefore boosting the economy further. The idea – supported by numerous leading economists – is that a stronger economy would find if easier to pay down debt than the “austerity” approach, allowing a longer period to pay down debt

In a BBC interview, it was put to Portes that things were not too bad, with inflation low and employment and growth increasing. The NIESR director pointed out that Osborne had changed course in the last two years, easing his foot on the austerity pedal in the hope of stimulating the economy in advance of the general election. Portes emphasized that – six years after the recession and banking crisis – the UK economy has still not recovered to its 2008 level.

Portes, a former Chief Economist at the Cabinet Office, is not alone in economic circles in identifying Osborne’s economic strategy as inconsistent.

Osborne and the Conservatives are crystal clear – austerity will return with a vengeance if they are returned to power. Full throttle austerity will hit the country and have the negative impact of reducing tax revenues.

Both Tories and Labour talk constantly about only two choices – increasing taxation or cutting expenditure. This is what people in the South of England want to hear, and why Labour trooped into the lobbies recently to vote with the Tories for another £30bn of spending cuts.

There is another way, and that is what Sturgeon was arguing for. Cutting public expenditure takes money out of the economy, so the economy shrinks and tax revenues fall. That is not to say there are not areas where money can be saved through efficiencies and cancelling projects such as the replacement of Trident, on which the MOD have already committed to over £4billion of expenditure without parliamentary approval.

More austerity, as the three unionist parties advocate, will push unemployment back up and increase the cost of the social budget. That is why Osborne is pushing through cuts now, in preparation for his next assault on the most vulnerable in society.

The alternative strategy is to view much of public spending as investment. Investment in people – on health, education, skills development – and in research and development is the way to go. It’s as simple as turning the lens round to see the bigger picture and the way out of the dilemma.

Increase the minimum wage and start moving towards the living wage and you take people out of poverty and reliance on tax credits. Those on lower incomes spend a higher percentage of their income – and many all of their income – which means money starts to flow through the economy, supporting more jobs and thereby improving government income from tax revenues.

Tory policy is about depressing incomes, permitting zero hours’ contracts and keeping the minimum wage down. A low minimum wage topped up with tax credits amounts to a subsidy to employers who do not value their employees enough to pay them a living wage.

No wonder our productivity lags behind other countries. Successful businesses tend to be those that value and care for their employees. They retain staff and, more importantly, loyalty because they are recognized as essential to the long-term growth, productivity and profitability of the company.

As the First Minister pointed out, the squeeze on the disabled only shifts the burden from one budget to another, it does not solve the problem because there are not enough one-bedroom homes to move people to.

And what then of the investment, through grants, to disabled people for ramps, power lifts, handrails etc. ? They will need these in their new homes and rather than a saving to the public purse these essentials need to be provided in the one-bedroom house, where there is no space for a carer to spend the night when that is required. Micky Mouse could work this one out.

It is not just those on lower incomes that feel progress to higher living standards is going nowhere. We are all squeezed and many middle-income families find they have to resort to borrowing when faced with the unexpected, or the squeeze catches up with them before the end of the month.

Seventy per cent of GDP comes from consumer spending and when people spend less the economy gets hit. The more people rely on borrowing to get by, the more private debt grows and then businesses cut back on investment. All this is fine for the banks, the moneylenders and the under-regulated high street and online money sharks. But it does not help the real economy.

What we need is growth that results in higher tax revenues because people are earning more. Osborne is keen on cutting tax for those on the highest incomes. Everyone else he treats differently.

The Tories denied repeatedly before the 2010 election that they would raise VAT. Yet as soon as they got the keys to No 10 and 11 and the Treasury with the LibDems in tow, Osborne raised VAT from 17.5% to 20%.

The poor have no tax advisers

If the poor have no lawyers, they also have no tax advisers, and Labour is no help. Lower-income groups are hit disproportionately by VAT and excise duties. For the lowest income group, council tax and a range of indirect taxes takes 43% of their income, compared to an average of 35% for higher income groups.

We will not address inequality in society until we address the real problem and use fiscal policy to grow the economy and reduce deficit and national debt with a fiscally sustainable plan, as Sturgeon has set out.

Osborne’s plan has not worked, even with a bit of short-term back-pedaling. He claims to have brought the deficit down. That is the amount of annual borrowing to meet expenditure and he has, to a small extent, during the year ending 2014, but the national debt is still going up and up.

Just how well has he done? Well the diagram shows just how far away Osborne and the coalition are from resolving the UK’s growing debt problem. 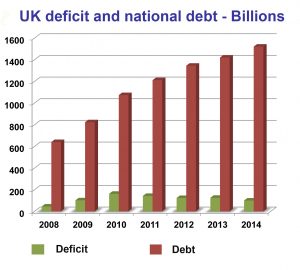 The First Minister went well prepared for her talk at University College London when she argued for additional spending of £180 billion over four years across the UK, in contrast to Tory plans.

Investment in economic growth combined with employment policies to improve household income, results in higher tax revenues without actually having to raise tax rates for the majority of people, leaving them more money to spend.

Of course if the government spends a bit more to resolve our economic issues, it means more borrowing in the short-term. Despite the size of UK national debt, a little more borrowing makes sense when interest rates are low and almost certain to remain low for some time.

Having an actual plan with realistic goals to deal with debt reduction over the five years of the next parliament is a real issue for the UK. Osborne continues to miss targets and has not got the track record to ensure the confidence of the debt markets. They might say otherwise before the election; but they would say that, wouldn’t they?

Osborne and his pal Danny Alexander have failed, and the markets know it, despite a short-term change of direction to provide a pre-election sense of improvement. With Osborne’s commitment to more austerity post-election, the red debt column will just grow and grow if we get another Tory government.

Ed Milliband knows what he has to do is win in England if he wants the keys to Number 10. A solid block of SNP MPs will provide the necessary impetus to get the UK back on the road to recovery and ensure Scotland’s interest are properly looked after.