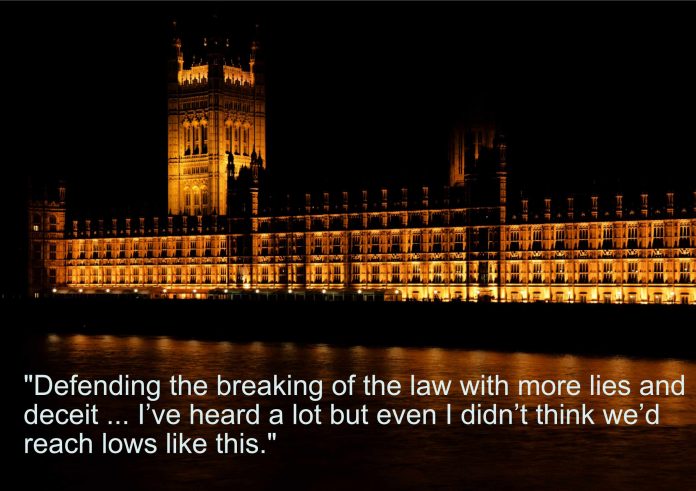 Equality Nation put this twitter thread together which we think should be more than fast passing twitter commentary. Tanja Bueltmann is an academic who describes herself as German affinity Scot with a Kiwi twist.

This is a Twitter thread by Tanja Bueltmann, Professor of History who holds a Chair in International History at the University of Strathclyde, Glasgow. She specialises in the history of migration and diaspora, particularly in connection to Scottish and English immigrant communities. She is also a citizens’ rights campaigner and founder of the EU Citizens’ Champion campaign. In an interview she said she had moved from Germany, where she was brought up, to contribute to life and society in the UK.

“As a German I have often asked myself how a country can fall. My country of birth fell far beyond the deepest abyss. How else could one describe what happened: a European country that developed an industrial-scale killing machinery designed to eradicate lives. Millions of them. I have never found growing up in a country with that history easy. But that is, of course, not the point at all: this history is not a story about my feelings. It is the story about a murderous fascist regime and the lives it extinguished. This fact must never be forgotten.

If anything, I think it’s good that I felt uneasy growing up in Germany. It’s what forced me to frequently confront the question I began with: How could Germany get to the point of carrying out systematic mass murder? Like questions about other atrocities, eg in Rwanda, this too has no simple answer. We can cite ideology; some undoubtedly were willing executioners while others chose to look away. Ultimately, the story is complex, its outcome always tragic. But one point is clear: the downfall of Germany did not begin with genocide—that is where it ended.

At this point in this thread (at the very latest), some will say that 1930s Germany is not 2020. They are right: it is impossible, and would be wrong, to draw direct parallels with a decade that is nearly a century removed from ours. I am not suggesting that we do.

But historical developments can inform how we interpret what is happening today. Understanding them can help us make sense of the present. And that is what we must try because there is nothing normal about what happened in Parliament last night. Nothing familiar.

It was brazen for the UK Government to announce the intention of breaking international law with the Internal Market Bill. For a majority of Parliamentarians to support that, however, is not just brazen; is not simply a dark moment. It is as pitch black as it gets in a democracy. What if not respect for the rule of law is a responsibility that we can all unite behind? As others have rightly noted, this is not about Brexit or even the union. It is simply about what is right and wrong. The answer to that question does not come in a limited and specific way: it comes only in the way of what is right.

Breaking the law is not right. I have now witnessed the country I chose to make my home dismantle itself for 4+ years. Sometimes slowly, often at speed. Dismantle what it stood for; dismantle every standard in the land; its reputation. Lies – normalised. Hatred – normalised. The proroguing of Parliament – normalised. Forcing over three million people, neighbours, colleagues, friends and family, to apply to stay or face deportation – normalised. No deal – normalised. Now the breaking of the law is next in line.

The problem is that each normalisation plays with fire and eventually that fire becomes uncontrollable. If trust in politicians, in institutions and the rule of law is further undermined, there is a real danger of collapse. Mr Cummings may well rejoice at the thought of that, but nobody else should even contemplate it. Look at the US to see what happens when democracy itself becomes hollowed out to the point that post boxes are being removed to prevent people from voting and white supremacists are praised by the President.

But it can’t happen in the UK, right? Of course it can. There is no magic shield. We know of far right vigilantism on the Kent coast and hotels around the country, asylum seekers being hounded. We know of the British Union of Fascists’ flag being openly displayed on Trafalgar Square.

We know of the deliberately manufactured ‘culture war’ about the Proms that was designed solely to create further division; we know of the accusations of ‘wokeness’. And then remember too how peace in Northern Ireland is being jeopardized without even the blink of an eye. This would be bad enough on its own, but now couple it with the Covid crisis. This is the UK’s perfect storm.

And that brings me back to Germany’s downfall. Its initial trigger was not genocide nor concentration camps; it was not Nazi ideology. It was Germany’s own perfect storm. It developed for different reasons specific to the German national story – one reason why we must not blur or confuse it with what is happening in the UK now; that would be both ahistorical and wrong. But there is one thing I need everyone to understand: Germany’s perfect storm might well have passed, but it consolidated instead.

There were different factors, but a vital one was the hollowing out of democracy and the undermining of the rule of law. That is why, as a German, I ask every MP to understand that. I ask them to look at Hungary and the US to see what that can mean in 2020. This is not about parallels, its about common patterns. Recognizing them and understanding them in their context helps us.

I truly hope MPs in the UK will use that help to stop that perfect storm from consolidating here. I cannot predict what its outcome would be if that fails – history no longer helps us with that. But Brexit is premised on stripping away rights that much we know. The possibility of that continuing unchecked does not bode well for anybody, no matter your political views.”

In another Tweet professor Bueltmann, posting a photograph of houses and a castle reflected on calm waters, said: “From the calm of these Scottish waters the rumblings in Westminster often seem very far away, but tonight those rumblings are truly beyond belief. Defending the breaking of the law with more lies and deceit … I’ve heard a lot but even I didn’t think we’d reach lows like this.”

A sentiment many of us would agree with.

Talking of the perfect storm, an article by Richard Murphy is well worth reading after Tanja Bueltmann’s: We have to face the possibility that our government is planning economic destruction for its own political ends – which are the demise of the sta