Derek Bateman reflects on the troubling tale of Labour, Libya and the Megrahi case 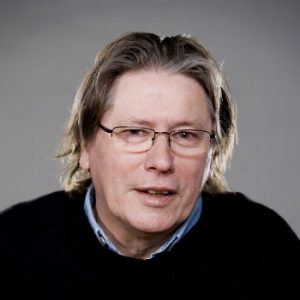 With an election looming, it’s worth reminding ourselves of what Labour governments actually get up to in office – irrespective of what they claim they are going to do.

In England this election may be a judgement on the Coalition, but in Scotland it is a question of who offers the best barrier to more right-wing punishment to the working and non-working population…Labour or the SNP ?

When I consider this, I cannot help thinking of that recent Guardian report detailing co-operation between the British government and Libya under Gaddafi, and Newsnet.scot’s very thorough analysis this week of what was going on in Scotland when Megrahi’s release was being discussed.

This tale of betrayal of British and American interests – as opposed to commercial advantages which was their real objective – opens up a whole area of the Blair government to exposure for its double-dealing and naked hypocrisy affecting Scotland. It also leads directly to the door of Jim Murphy and reveals an untrustworthy individual who is the enemy of justice and transparency.

The close ties between the UK’s intelligence and security services and those of Libya are nauseating to read laced as they are with a tone of complicity, subterfuge and sadistic pleasure at rendering back into the hands of the Gaddafi regime political dissidents for torture and death.

Not only did Britain play this sordid game of spider and fly with real people and in full knowledge of the consequences, it also invited foreign agents from Tripoli to operate here in our country where they could pursue and harass Gaddafi’s opponents.

This, remember, was a Labour government, ostensibly a left-of-centre party committed to human rights and an ethical foreign policy.

At play was a desire to bring Gaddafi in from the cold by encouraging him to disown weapons of mass destruction – an initiative with a social conscience which required delicate handling.

Like much else in the contradictory world of Blairism, this became confused with other objectives like securing oil deals in North Africa for BP, a long-time corporate friend of New Labour and benefactor to its lieutenants.

What this attempted rapprochement did not need was to engage Libyan state security as Britain’s best friends in the grubby world of kidnap, torture and kill. Little wonder that when Moussa Koussa defected in 2011 it was to the UK and his friends in the Foreign Office that he turned for sanctuary, to be spirited away unscathed to a new life.

Another link is to the story of how the Labour government simultaneously had an undeclared policy of trying to get the Lockerbie bomber freed in order to improve relations with Gaddafi and ease the way for those oil contracts in the Deal in the Desert. Here, Sir Gus O’Donnell, head of the Civil Service (the one we now we can trust courtesy of Sir Nicholas Macpherson) produced a report for the Prime Minister which proves that throughout the years of Megrahi’s imprisonment in Scotland it was the Labour government’s policy to help get him released.

So two things are going on…the UK is buttering up the man responsible for the Lockerbie bombing to the extent that it is working hand in glove with his state security while simultaneously it is beavering away behind the scenes to free the man they agree performed the actual bombing. It is a twin-track approach to appease the sponsor of the worst terrorist atrocity on British soil.

Meanwhile what was going on in Scotland where the Pan Am flight came down? Well, another Labour member, Scottish leader Iain Gray was regularly excoriating the SNP for releasing Megrahi – the very thing that the head of the Civil Service now says was Labour policy.

Gray said: “The last time the SNP appealed to ‘moral authority’ was when they released the Lockerbie bomber. They were wrong about that and most Scots agree that was the wrong decision. That’s another example of poor judgement.”

Gray used the release as a trump card during the election in 2011. He said: “The SNP must provide the US with details of how it reached the decision to free Megrahi, who has always maintained his innocence. We have to make it clear to the US what the basis of the decision to release Megrahi was. I don’t believe that lobbying by BP had anything to do with his release. I think it was a decision made by Kenny MacAskill and Alex Salmond and a decision I think they both got wrong. If we reach the anniversary of his release and Megrahi is still alive, I think Kenny MacAskill should apologise and admit he made a mistake and should apologise to the families of the victims.”

Now you see where this is going…in London it is the secret policy of Labour to work behind the scenes for the release of Megrahi because that will open up trade links and should make Libya a safer place. But up the road at Holyrood, poor old Labour is hammering away at a cracked bell trying to get a ring. How they must have smiled at Westminster when they read of Gray’s desperate attempts to condemn the very policy they were actively supporting.

So why didn’t Gray know the truth? (He told the BBC he didn’t know and made up his own view). After all there is a Secretary of State for Scotland in Cabinet whose job is to represent Scotland and to act as intermediary between the two.

Enter Jim Murphy. For most of this time (2008 – 10) Murphy was Scottish Secretary. (Des Browne is also but more briefly culpable).

It seems Murphy did not disclose any information to Gray or his Labour colleagues to rein in their criticisms of the SNP in case the news leaked that they wanted Megrahi released all along. Why not? I contacted Murphy’s office several times through the BBC and never once received a reply, clearly indicating that he knew he was guilty of deceiving his own party and Scotland on an issue of huge emotional importance. He sided with secret deals with Gaddafi and Moussa Koussa and the torture of dissidents instead of truth and fair dealing, even when dealing with his own side.

Iain Gray’s humiliation came in the 2011 election of course but if he ever wants to revisit the issue with double-dealing Jim, well he’s in his Shadow Cabinet today…

Eyes down for your OU degree essay on FMQ, theory and practice

SpudWatch: Now he’s planning to stand everywhere, all the time

Hounding the innocent and dancing on the graves of the dead