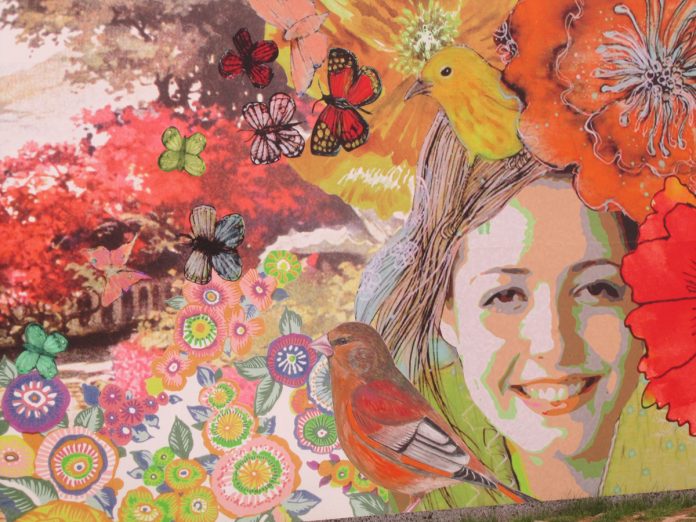 David Cameron, Ed Miliband, Nick Clegg, Nigel Farage — do these guys have anything in common? Of course they have. All are Westminster politicians, unionists, all slightly differing tints of Toryism. Anything else? Well, they’re all male.

In the wrangles over leaders’ debates for the forthcoming general election, exactly which party leaders get to stand at the podiums, with plastic smiles, sound-bites straight from Little Red Riding Hood’s wolf, and tissue paper-thin promises, depends on a decision made by whom?

Organisations, like Ofcom, and politicians, like David Cameron and Nick Clegg, are playing a game of pass the red hot parcel, none wanting to have their fingers burnt by insisting their decision is the deciding one lest they become the brunt of criticism from politicians and public who vehemently disagree.

Poor souls. The two and a bit party system the establishment has thrived on for centuries, is now under threat from usurpers, insurgents as we are now referred to, people who in a democracy also have a right to be heard. For the establishment this challenge is tantamount to being handed a gigantic ball of barbed wire to swallow.

These four males will sway and vacillate on a leaders’ debate platform, like four hoodie craws balancing precariously on a wire in a rising gale.

The British electoral system is so out-dated, so undemocratic, so moribund that it requires root and branch change. But we have politicians raised and educated to believe they were next in line for admittance to the club, and having got there, will fight with tooth, nail and every underhand tactic and trick to maintain their positions in the system, and ensure its survival to offer similar advantages to their offspring.

The Scottish referendum, and the narrowness of the No win has shaken the establishment till their skeletons rattled, so determination that Scotland will never again cause the same palpitations and pain has been reinforced. The wipe-out of Scotland is gathering pace, with tumbling oil prices providing an excuse, though one is rarely needed, for shouting how lucky we are that we didn’t vote Yes. Auntie and Uncle were right all along – Scotland could never have survived as an independent country.

And the pooling and sharing, so prominent a phrase pre-referendum, has now withered and dropped from the Westminster branch, as the cry goes out from the Labour high heid yin in Scotland that the SNP government must set up a resilience fund to help oil and gas workers, conveniently forgetting that all the taxes from North Sea fields took the fast train to the Westminster Treasury.

Now the referendum is won, the establishment desperately want to revert to the cosy corner of things as they were, though there is an effort to play a new game, not just with Scotland but with the whole of the UK. While Scotland doesn’t bother to hold its breath over publication of the bill on further powers, promised next week, the Labour Party which, as part of the Smith Commission, conceded the least, actually has promised that major new powers will be rolled out across the UK.

As this commitment was made in October, it seems surprising that it hasn’t made media headlines, with Jim Murphy as their man in Scotland issuing a proclamation from the steps of 1000 town halls. This surely is the devo max, the full fiscal autonomy as near federalism as could possibly be that we have all be waiting for. But perhaps not. For what is in the frame is:

“Labour has a radical plan for spreading power and prosperity across the great towns, cities regions and nations so that the recovery reaches your town square – not just the Square Mile of the City of London.

Regulation of bus services. Okay, so we’re in no doubt where we stand then. It’s traffic signs or nothing.

Back to the leadership debates. Four white males on the platform. But wait a minute. 52% of the population of the UK is not male but female. Where are our representatives?

Well, if the Greens were to be included that would see Natalie Bennett, leader of the Green Party in England and Wales standing behind a podium. In the wake of their exclusion from the leaders’ debates, the Green party have reported a membership surge, giving them more members than UKIP and kicking the heels of the LibDems.

The leader of Plaid Cymru is also a woman, Leanne Wood, and of course Nicola Sturgeon now leads the SNP, a party that has seen its membership quadruple since the referendum, becoming the third largest in the UK. The SNP is in government in Scotland, but the establishment parties are very keen we forget that in terms of leaders’ debates, though are desperate to throw accusations and smears the way of the SNP when it suits.

If the three women party leaders were to be invited onto the platform that wouldn’t provide equal 50/50 representation, but would increase it significantly from nothing, nil, nought, zilch to three out of seven. With such representation women in the UK might just begin to feel a rekindling of interest in the male-dominated shenanigans of politics, and think it was time for them to take a stand, make their voices heard.

The male-dominated establishment won’t like it, but hey – three out of seven is more like proper democracy. And three women would add a bit of glamour to four craws and otherwise dull proceedings.

Dorothy Bruce is a writer and author. Her published works include Alex Reid and the Japanese Influence, and two Caledon novels based in a fictional country with a passing resemblance to Scotland – In the Wake of the Coup and The Seaweed Cage (published by Twinlaw Publishing and available from Amazon). Dorothy’s third novel, Jings and Things, is based in the Scottish Borders, where she lives. It is due for publication this summer. 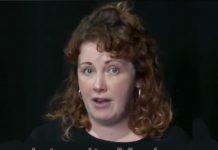 Salmond: Scots must determine their own future

What a tangled web politicians weave in the hysteria of election...