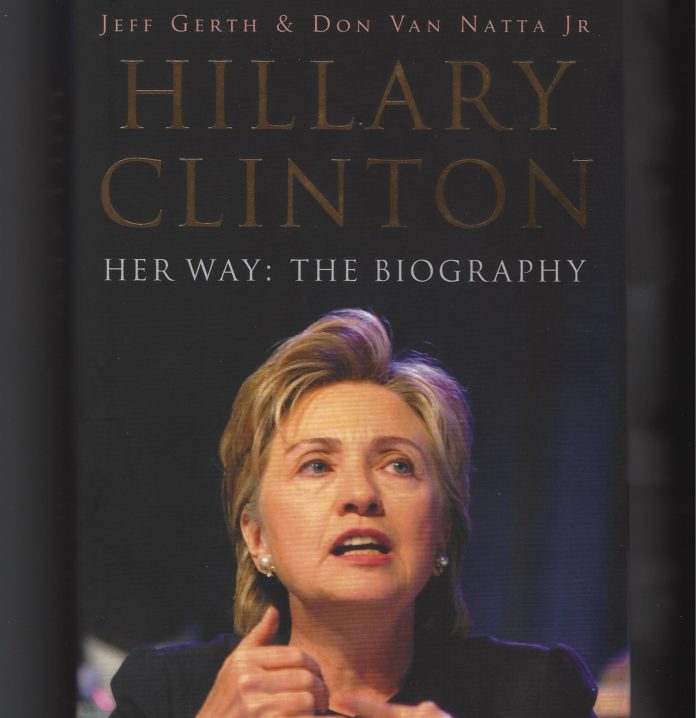 At 10.30 a.m.tomorrow we will hear the outcome of the UK Supreme Court’s deliberations on the cases it is being asked to rule on. I thought I would take a few paragraphs to reflect on the nature and present status of democracy within these islands against a backdrop of intemperance and frustration on the part of the far-right on the constraints on power they are so willing to circumvent and demolish.

I am currently reading Hillary Clinton Her way: the biography by two former investigative reporters with the New York Times, Jeff Gerth & Don Van Natta Jr. The opening paragraph to Chapter 19 stuck a particular chord in the current shambolic state of British democracy.

“The United States Congress is an archaic institution that lags behind the rest of America. It is the least diverse, more wealthy, and in its rules and customs a Jekyll-and-Hyde combination of quaint parliamentary procedure and ferocious partisan squabbling.”

The US has an advantage in having a written constitution rather than the UK’s reliance on precedent, now in great danger of being pushed by Boris Johnson in directions never intended. Democrats must hope the judges will be robust in resisting the assault on long established procedures and mendacity, within reasonable limits, on the part of those directing government actions.

Usually attributed to Boris’ hero, Winston Churchill, the second sentence clearly indicates, as emboldened, Churchill was referencing previous comments on the subject of democracy and the failures it could fall prey to from those intent on clipping democracy’s wings.

The most conservatively structured part of the United States Congress is the Senate with 100 members, two from each state. The House of Representatives has 435 voting members. The combined total is less than that for the House of Commons (650) but dwarfed when 800 unelected members of the House of Lords are added to the size of the Westminster. bandwagon.

The current composition of the US Senate can hardly be considered representative of the ethnic balance in the US today. There are only 3 African Americans, 3 Asian Americans and 4 Hispanic Americans in the Senate. Women do a bit better comprising 24% – 16 of them Democrats and 8 Republicans. The great US democracy is far from a perfect model and the drive to exclude participation which is the far-right’s strategic answer to the challenge of democracy is increasingly a feature of Westminster politics.

Just as in Trumpian America, so in Brexit Britain are the boundaries being pushed over far. Any government in power does require the powers of the executive to get its programme of government implemented, subject to due parliamentary scrutiny. The last bit is getting ever more difficult on both sides of the pond. London has never forgiven the Irish for choosing independence just short of 100 years ago – hence all the nonsense over the backstop and a belief it will one day return to the fold of mother England. That some seriously believe in these fairy tales says much for the body politic of Old England.

Just as Voltaire remarked that “Europe must look to Scotland for our ideas of civilisation” all those years ago, at the time of the enlightenment – so today Scotland and Ireland can together look to Europe to fulfill their own national standards of what civilisation means in the 21st century. The demonic rabble that forms Johnson’s cabinet is no model of democracy for anyone to follow, least of all a country, Scotland, that influenced the US constitution.

Brexit and Trump’s America are a lesson to electorates everywhere – be careful how you vote and why. The temptation to give one leader of a party a bloody nose might just rebound with significant damage to the voter’s own health, well-being and economic opportunity.

I picked up the hardback copy or Clinton’s biography, 12 years old and in mint condition from a charity shop for £1.25. It is an outstanding piece of investigative journalism by two professional writers. Cooperation with Hillary was totally non existent. It says much for the power and insight revealed, with unusually detailed references listed chapter by chapter, a sympathetic, balanced and critical study of Hillary Rodham Clinton.

Unlike Trump and Johnson today, Hillary always mastered her briefs. The night before a major debate she would ‘relax’ by reading briefings , usual around 200 pages. The US Senate is structured around seniority status – the longer a member the higher the status. As a newcomer for New York State, Clinton quickly won respect across the Senate for being in command of the issues she led on in debate. She was also adept at making partnerships with Republicans over common interests, no matter how much she otherwise disagreed with them politically. None of that is in evidence today in either the US or the UK and democracy is the poorer for its absence.