Powerful film made by Michael Russell. Scottish poems, songs and writing of the First World War made by Eala Bhan Ltd for BBC Scotland to mark the 80th anniversary of the end of the war and shown on 11th November 1998. Devised, written and produced by Michael Russell of Eala Bhan Ltd , directed by Ishbel Maciver and featuring Bill Paterson, Elaine C Smith, Norman MacLean, David Hayman and Iain Anderson.

When Will the War Be By ? from Michael Russell on Vimeo.

Michael has arranged to show it #Colintraive this evening. Brings back memories of working with Michael on various projects during our time in Argyll, including a film festival Dorothy and I ran for two years with Michael and David Bruce (no relation). Courtesy of Western Ferries we screened Seawards the Great Ships on the open deck as darkness fell on an October evening on the Clyde.

As the light goes on an October evening we screened Seawards the Great Ships on the open deck of a Western Ferries vessel as it returns from a special sailing donated by Gordon Ross of Western Ferries to mark the launch of the festival in 2006. 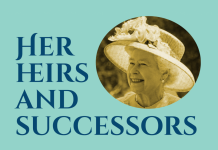 Her heirs and successors

Her heirs and successors