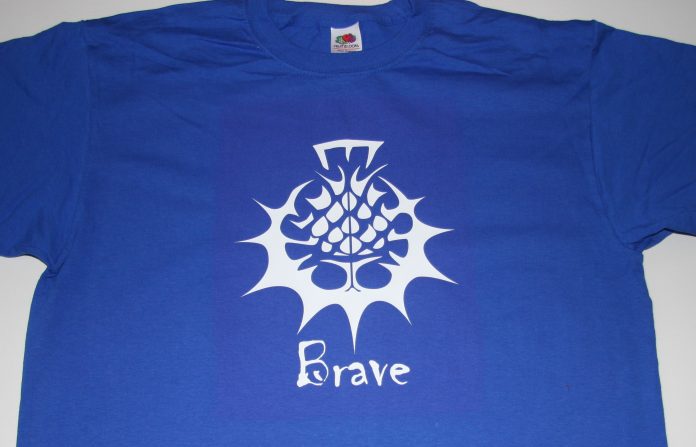 Lindsay Bruce hopes to raise funds by selling T-shirts he has made to help a young woman living in Scotland, who has faced major challenges. He wants you to help. Here in a searingly honest article, he explains why.

Kirsty is an artist. She dreams of unicorns and rainbows. Most know her by the name ‘Brave’, others by her Twitter handle ‘DefiAye’. Her art is full of joy, of bright vivid colours, and of happy smiling faces.

Her reality is somewhat different.

Kirsty – not her real name – has a chronic medical condition which has left her unable to work. Her days are filled with forms and assessments, of frustration and exasperation. She was under threat of being made homeless for a long time. She has constantly had to justify her benefits, to fight for what should rightly be hers, against an uncaring British state which just sees her as a liability, a number in a ledger book. She goes long periods without any income and with little food. Every day is a fight; a fight against her physical illness, a fight against bureaucracy, and a fight against the inky blackness of depression and despair. Every day it gets harder. Every day there is less hope. 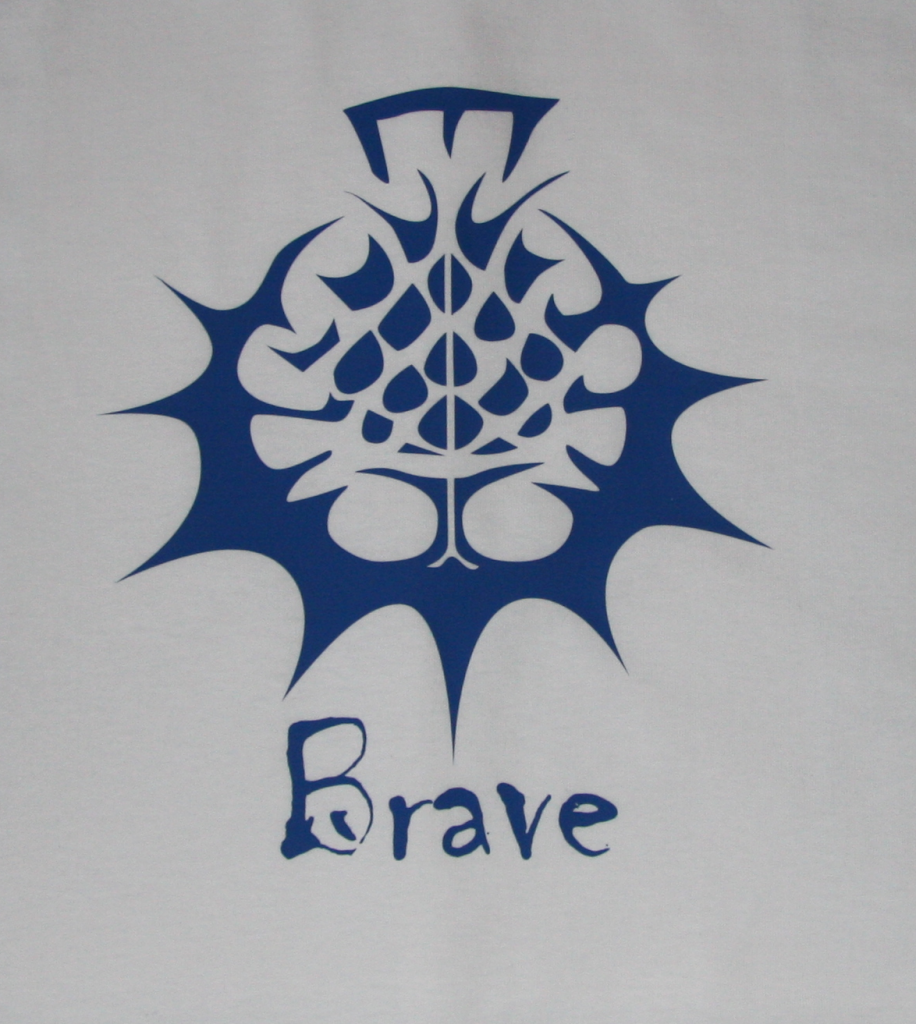 People who live with depression are the bravest people on Earth. They have to fight incredibly hard every day just to do the little things that most people take for granted. They are brave because they are fighting against themselves, against their own mind, their own imbalanced brain. Courage is the ability to stand tall in face of the odds. Imagine the courage it takes to stand tall when your own brain is telling you every day that you’re a cowardly, worthless, despicable human being.

The UK government pushes these vulnerable people into a system which amplifies this, which tells them they were useless, worthless scroungers, which threatens to sanction them, to cut off all financial support. One woman was asked why she hadn’t killed herself. Another woman’s family was told via voicemail that her benefits would stop after she had already committed suicide. In 2015 the government’s own research linked 590 suicides directly to Work Capability Assessments, and studies by universities in Oxford and Liverpool showed that for every 10,000 Incapacity Benefit claimants between 2010 and 2013 there were 6 additional suicides, 2,700 self-reported claims of mental health problems, and an increase of 7,000 cases where anti-depressants were prescribed.

I’ve long admired Kirsty’s art and talent. A few months ago I got in touch with her to ask if we could use some of her beautiful pro-independence designs on T-shirts and posters. She was so thrilled to be asked that she sent me about two dozen designs she had, full of vivid colour, energy and hope. The regular printing process we use is single-colour, so I explained that we’d have to experiment with different processes to reproduce her wonderful artwork, and that once I figured that out I’d send her some samples.

Two weeks ago we were devastated to hear that Kirsty had taken an overdose. Her last post on Twitter said that the DWP was investigating her for alleged “benefit fraud”.

Kirsty survived and is recovering. Her friends rallied around her and organised a fundraiser to cover her living costs while she recuperates. You’ll find that fundraiser here .

But I wanted to do more. There are thousands of people like Kirsty all over Scotland, perhaps hundreds of thousands all over the UK. One fundraiser isn’t enough. It’s not good enough to try and save people after the fact, we have to stop the cause at source. That means raising public awareness, to get the public to demand change, to make it an issue that no politician can hide from.

So here’s what I can do: I can make T-shirts. Not many in the grand scheme of things perhaps, a few dozen a day. But everyone who wears one will be seen by hundreds of people every day. We hope that people will stop and ask “What’s that about?” and the wearer will explain it to them, and what they can do to help. It’s about bravery, it’s about fighting for those who have been ignored, discredited and marginalised. It’s about hope and decency and respect and a fairer society.

The design itself is one of Kirsty’s, a beautiful thistle motif, modified slightly to show a stylised brain in the void space. It’s subtle, but enough to pique interest.

You can buy the Brave series of T-Shirts here .

For each £12 T-shirt sold, we’ll give £2 to a mental health charity, and £2 to an anti-austerity charity. We’ll ask Kirsty to choose which charities she wants to support once she is feeling better. The T-shirts cost £6 to make, so that leaves £2 to cover PayPal fees, first class postage and packing. We only ask that you wear the T-shirt as often as possible and to talk to as many people as you can about the link between austerity, welfare cuts and mental health. Thank you. 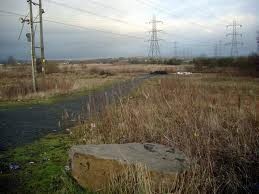