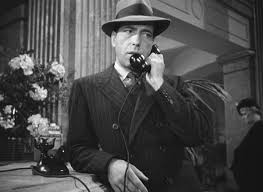 NewsNet.scot presents the first chapter of “The Long Con”, the latest novel in the Mike Toffee-Hammer series, from the desk of Citizen Cuddis.

Rory is six two. Dark hair. Strong jaw. Hung like an Appaloosa stallion I’m told. He has the body of a Greek god—the kind of Greek god that spends all day at the gym. He’s got butt cheeks that could crack walnuts. He has everything going for him.

Well, almost everything. Until the 2015 Scottish referendum he’d always voted Labour. Now he’s joined the SNP. He’s got a badge and a bumper sticker and an air of compassion for his fellow man and he’s not afraid to use them. What a goddam waste.

The Moniker’s Toffee-Hammer, Mike Toffee-Hammer. I’m a specialist grifter—an Oldie Spooker. I spook oldies into staying in the Union for my client, The Broon. Together we’re playing the long con on the Scottish electorate in the run up to Indy2.

Here’s how it works. Say some zimmer-shuffler from Greenock, on his way to buy a Daily Record, gets the dumb idea in his head that Scottish Independence makes sense and starts shooting his mouth off to other oldies. That’s where I come in.

Nobody in the Oldie Spooking fraternity nowadays lays a heftily swung trawling sock full of assorted pre-decimal coinage across the base of the mark’s cerebellum to make their point. It’s all psycho-tactics now: Statistics so twisted Uri Geller couldn’t straighten them out, vows emptier than a Greek ATM, and newspaper scare stories that make the scribblings of Edgar Allan Poe look wetter than Troon in November. These are all tools of the Oldie Spooker’s trade.

When I get the nod from The Broon, I turn up at the oldie’s sheltered housing at three in the morning, shouting through their letterbox that just like them, Scotland is too poor, two small and stunted, and sure as hell not smart enough to run its own affairs. Full UK pension? Forgeddaboutit! NHS? Separate from the Union and you’ll wait a decade for a hip replacement. And there’ll be no guarantee what they’ll replace it with.

Once they start crying, I hit them with the withdrawal of Strictly, the mass exodus of stores and banks and the stone cold certainty that the price of everything will double, and they’re putty in my hands.

Then I ease off a tad and give them the Better Together spiel. After which I slip a copy of the Alexander Brothers’ Greatest Hits under their door along with a signed poster of The Krankies and a finger of shortbread. Carrot and stick. Better Together. Job done.

What’s the problem, you ask? Well, as the bard said, here’s the rub. Having your only son as a fully paid up member of the SNP is a liability in my line. If the grown ups at Labour Party Head Office get wind that Rory votes for the home team I’m done. It’ll be the end of boom, bust and my ass. My ‘shock and awe’ oldie bashing reputation would disappear faster than post-election Jim Murphy off the BBC.

I was sitting on a bar stool, telling all this to some guy I’d never seen in my life before. I was speaking to him at all only so people didn’t notice me speaking to myself as I tried to get my shit together. Already on my eighth bottle of Newcastle Brown, I wondered whether to use simile or metaphor to make my point. I opted for simile—I had nothing to lose.

‘Voting SNP is like arm wrestling with Arnold Schwarzenegger,’ I told my drinking buddy, ‘You can give it your best shot, but in the end you’ll be overcome by superior force,’ I said.

‘Are you saying we shoulda voted for Sharny Arse ‘n’ Egger?’ my nameless drinking partner asked. An alcohol-induced spoonerism. Cute. I pressed on.

‘I really tried with Rory,’ I said. ‘At first, I dropped hints. I pinned a copy of clause four to the back of his bedroom door. He replaced it with a poster of Alec Sammin in a pink beret (and the man calls himself a politician!) I left a copy of a Tony Blair biography on his bedside table. He put it in the grate and used two fire lighters to set it ablaze.

When subtlety failed, I tackled him head on. I asked him outright why he didn’t vote Labour and he slapped me twice. Hard. Across the kisser, forehand then backhand. Then he told me how the party had lost its soul, its direction, and its raison d’être. Raison d’être? Kids today with their fancy swear words. I blame Twitter.’

I motioned the barmaid to bring more drinks. Fifteen Vodka Martinis later my drinking buddy teetered on his barstool with his face pressed to the bar counter, his sodden fringe soaking up the remnants of his spilt snakebite. It was time to split. I woulda thanked him for listening, but he wasn’t listening. Only a Conservative MP could have listened less and this guy was saying nothing.

Back home, getting ready for bed, my stubborn streak poked its head above the barricades. I figured if I kept at him, Rory would eventually vote Labour again and everything would be okay. At this point, the ceiling started spinning faster than a roulette wheel. I tumbled in slow motion down a long black slope and floated off into the dark abyss.

I woke to find somebody had used a pastry brush to coat my tongue with wood glue. A headache of biblical proportions pounded in my skull to the metronomic accompaniment of an eighty decibel jackhammer. While equidistant between my ear drums a coloratura soprano skirled her tonsils off.

I took a Seltzer and pushed on through the pain barrier. I bought Rory a Labour rosette. ‘This is for you, son,’ I said, ‘because it matters to me who you vote for. I want you to make the right choice.’ He stuffed it in the garbage disposal unit.

Finally, I begged him to join the party. I told him I’d pay his fees. Forever. I sang him the Red Flag. ‘Give me something to work with Rory,’ I pleaded. We argued for hours, with Rory banging on about some broad called Nicla. How she’d changed everything. Driven a wedge between father and son more like. I heard warning bells—as if there wasn’t already enough of a racket going on in my head. So, there was a dame involved. Who would have thought it. The situation was now officially hopeless.

I had exhausted my attempts to get Rory to join the Labour Party. I felt like a washed up prize fighter, sucker-punched by some palooka and about to be counted out. Yeah, I was that fighter all right. A desperate man taking one final, wild-assed swing at nothing but smoke before the canvas came up and smashed into my ribs like a runaway freight train, and all the lights in the world twinkled out one by one as I boarded the Intercity Sleeper to Oblivion Junction.

I had been dealt a busted flush. By my own son. Rory Toffee-Hammer was Nicla’s man, and there wasn’t a goddam thing I could do about it. Sometimes life offers you a choice: back down or cave in. I caved in. The words to the Red Flag came back to taunt me—avanti popolo my ass. 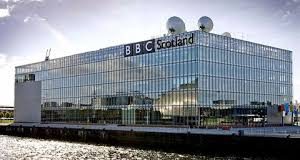