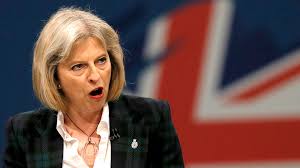 Despite efforts to talk him out of it, and when those failed, to get him in a half-nelson and roar ‘Now is not the time!’ in his ear, my ‘No’ voting postman managed to dance past me like a goal-bound ‘Jinky’ Johnstone and stuff a Scottish Conservative Party campaign leaflet through my letterbox.

After I’d chased him back to his van, shouting ‘I’ll gie ye divisive!’, I foolishly decided to read the leaflet. It had lots of correctly spelled words, in the right order. I didn’t have to reach for the dictionary once. In terms of meaningful content, however, it proved as empty as a LibDem conference hall.

The first paragraph established a less than riveting tone:

‘We are a patriotic party of the Scottish centre-right which stands for freedom, enterprise, community and equality of opportunity. We are a party of choice, responsibility, localism, low taxation and strong but limited government.’

At first glance, these fine words in dead tree format appeared to construct a solid argument. But fine words butter no parsnips, as anyone in the root vegetable trade will attest and a closer look revealed more holes than there were in Ned Kelly’s breastplate.

For example, ’We stand for freedom.’ Well, right on!  I’ll have a half pound of that. Who wouldn’t? Who’d dare challenge such a declaration? (‘Vote for the Bonker’s Party. We stand for compulsory imprisonment!’)

The phrase ‘Centre-Right’ sits softly on the page, minding its own business. It gives unwary readers the impression that anyone could use these three syllables to describe their granny to a complete stranger without fear of pitchfork-brandishing locals driving her out of her village.

‘She’s just ginger-peachy, thanks, Tam. 24/7 Bake Off re-runs on catch-up TV at the Care Home. Over 60s twerking classes on a Wednesday morning — with paramedics on the look out for dislocated hips, of course. Friday’s Bingo. Oh, and did I tell ye she’s centre-right nowadays?’

And wholesome. Like Hovis. ‘Centre’ of course, implies balance. Whereas, in reality there are Maoists with more balanced political views than Ruth Harrison and her Golden Horde.

This granny-friendly interpretation of ‘Centre-Right’ is better from a Tory spin-doctors’ point of view than telling the truth — that morally, the Scottish Tory Party combines the best of Ghengis Khan with the worst of Doctor Crippen and with breathtaking neck, serves itself up as a champion of the nation’s workforce.

And where do you think the Scottish Tories stand politically? The following experiment should help you find out. You’ll need a pair of Wally Dugs, a marker pen, and a pound of mince (to represent the Scottish Conservative Party manifesto).

Write ‘Trotsky’ on one Wally Dug, and ‘Mussolini’ on the other. Place them on opposite sides of your kitchen table — Trotsky on the left and Mussolini on the right. Now, drop the pound of mince with a wet slap between Trotsky and Mussolini where you think Ruth Harrison’s views belong.

Give yourself a pat on the back if you decided Mussolini wasn’t right wing enough and that registering your view required you to lob your cannonball of mince over Mussolini’s head and out the kitchen window, to roll to a halt on the far right of the drying green.

If you carried out this experiment on your neighbour’s day for the green, there’s a fair chance that any bonhomie between you has evaporated (not everyone takes kindly to having their still damp pillow cases mince-bombed in the interests of political science. But at least you’ll have gained an insight into the Ruth Harrison No Surrender Party’s true colours. A worthy trade in my book.

At this point in their narrative, the authors of the leaflet must have decided that this was the time to tell the Scottish people what was best for them:

‘We are a party which champions individual choice

‘Scottish Conservatives believe that people and not government make the decisions that are best for themselves, their families and communities.’

More tricksy wording here. It’s best to think of ‘people’ (as conceived by the Scottish Conservative Party, anyway) as those who, given a choice between playing Internet bingo or duck-hunting in the Borders, reach for the 12 bore.

Cash to fund the ‘best’ for this group comes from those on wages so low that tax credits are needed to bring their standard of living up to that of a sharecropping Alabama cotton farmer circa 1934. These ‘people’ are denied the opportunity to fill the sky with feathers because stopping the conveyor belt in their fish-finger factory long enough for them to take part might hamper post-Brexit Britain’s dream of a global England.

Like the party bore that fails to register those non-verbal ‘shut-the-feck-up, this conversation’s over’ signals, the leaflet chuntered on:

‘We are a party of responsibility

‘Scottish Conservatives believe that people must take responsibility for the decisions they make and bear the consequences if they break the law. Freedom cannot exist without responsibility and respect for the rule of law.’

Remember, there’s the Scottish Conservatives and there’s real people living in the real world (See under ‘Chalk’ and ‘Cheese’). Never confuse the two.

The man in the chip shop queue, whom Mrs May claims to champion — the hard-working, the just-about-managing, the half-starved food bank frequenters, the frivolously sanctioned — these people break laws. Scottish Conservative apparatchiks, by contrast, loup to the skirl of a different bagpipe. They need a justice system that takes a laissez-faire approach to their wrong-doing to accommodate the Sturm und Dung of the modern political Zoot-ghost (I never knew you were almost multi-lingual, Cuddis. If only you could write in legible English. Ed.)

Poking Tory propaganda with a forked stick matters. Especially now that the Brexit charabanc, with Theresa Mayhem’s bony hands gripping the wheel and Clippy-in-Chief, Ruth Whatshername hauling passengers on board, is poised to shaft Scotland right, left and centre-right when it nose-dives over the white cliffs of Dover into the watery grave it deserves, with millions of Scots desperately trying to scramble into the lifeboats (Brilliantly-mixed metaphors, Cudd. But do charabancs have lifeboats? Ed.)

Dead lady stumbling, the Colonel in fatigues and Borders warfare