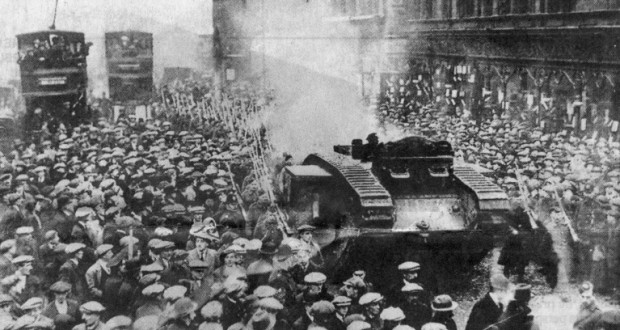 Every little thing they take to the streets.

It is not easy to find comprehensive coverage in the media on the latest protests over the labour reform bill, which would see employees free to decide their own pay and work patterns and arguably undermine existing agreed workers rights in France.

The Reform Bill would see France adopt employment policies closer to ours in the UK. Which anybody on a zero-hours contract; undercut by cheap youth labour and paid woefully under their skillset, will tell you does not lead to stable employment.

The 10% jobless rate in France, would go down with these reforms in place. Just as the UK has seen unemployment rates dwindle. But this does not mean better working conditions. All this means is that while more people are in work, some are overworked while others simply have to wait and hope the hours appear, often juggling multiple shift jobs to make ends meet.

One of the main Labour Unions, the CGT, has been behind the strikes and protests that have been flaring up across the country since March.

Today, as the Bill is likely to be pushed through, the Union led another protest, acknowledging that it will be the last before the holidays.

Maybe this is why it is easy to dismiss the protests. There’s already a sense of defeat in that acknowledgement. Get one last one in and then we’re off for summer anyway. Like one last run through the school building causing minor havoc before heading home for a couple of months.

It’s almost not news. And while the media has tried to stir a little interest – ‘CHAOS in France’, ‘France is not in chaos says minister’ – our attention was more on the game against Iceland than anything so droll as protest.

Iceland gets the job done. Be more Iceland we cry.

This is a romanticism. Revolution is itself a romanticism. What a wonderful idea, that we, the people, can take direct action and see direct results. We did that, we can say to each other. We brought about change.

It’s not a surprise. In May 1968 protests and strikes saw 11 million workers down tool for 2 months. Effectively bringing the country to a halt.

And then it was over.

Since then France, like much of Europe, has seen a rise in conservative politics. The riot police well-rehearsed in controlling revolt. Terrorism has been firmly interwoven with middle-east rhetoric leaving the locals reluctant to use the same tactics. Even if they did, we are far more prepared against sudden violent attacks in city streets then we were 50 years ago.

We want immediate results. Revolution is about changing minds and ingrained systems. While our histories trot out revolt and change in lists of cause and effect. the reality is a slow slog of continuous effort. It can take generations of work.

Iceland can gather its population in one peaceful attack because it is a tiny population. Its history is one of careful cooperation. Ruthless and forgiving because the living conditions are so extreme.

France can organise mass protests because of its history too. Protest like your countrymen always have. But there is a sense of reigning themselves in. They have lost their middle-class student audience on the whole. The Sorbonne won’t be declaring independence anytime soon. No one will lose their head after The Terror.

The CGT were criticised by the far-left during 1968 for their stance against violent protest. For signing agreements with de Gaulle’s government. They have been the Union at the lead of France’s protests since the early nineties. It is predictable.

The protests will be for a worthy cause. The workers. Organised. Efficient. There might be a few scuffles on the way but there will be a clear end and a defined route.

But the other side have had plenty of time to perfect the response. Brutal policing of protests then hangs over the peaceful ones. A perfect deterrent before any of us even reach for the Molotov.

Governments need a bit of protest. It shakes things up and gives extremists a chance to air their views. They encourage it as social release.

Our history hangs over us at times. But if we dig a little deeper we can see what really brings success in a revolution. It isn’t having the best slogan, it isn’t firebombing and occupation. It certainly isn’t about political party lines.

It’s rebuilding the communities around us. It’s learning how to communicate and think for ourselves. Teach each other what we know instead of harbouring knowledge like gold stars.

Be less Iceland. Be less France.

When music and poetry come to mean something at a specific...

A story missing from our media: Iceland’s on-going revolution