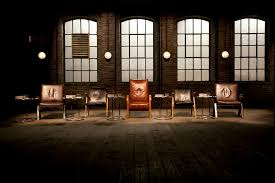 These are the Dragons. Three self-made millionaires. Masters of the entrepreneurial arts. As convention dictates, their burgeoning bank accounts illogically allow the BBC to confer on them more wisdom than an Indian Swami, enough smarts to out-Kasparov Mr Spock at three-dimensional chess, and more guile than a henhouse-raiding fox. They have earned the right to sneer at and ridicule anybody with less money than they have.

Retail expert, Angelos Hobgobalopolis, started off selling single trouser legs from the boot of his Ford Cortina and now has a mouthful of platinum fillings and a second home in Tuscany. Dunky ‘Am oot!’ McDunkface, owns a string of minimalist fitness clubs where the only equipment is a hoop and a stick. Icelandic Internet specialist, Smuggi Arnarsson (with the emphasis on the ‘arse’) has either forgotten more about eCommerce than most people can remember or remembers more about eCommerce than most people have forgotten. Nobody is quite sure which, including Smuggi. What is clear is that his role on every episode of Dragon’s Den is to act as if he’s the only person on earth that knows what a hard drive is. Hermione Wordsworth-Flange’s shoehorn empire first catapulted her into the Sunday Post Rich List in 1985 and she’s been there ever since.

The Dragons are ready to invest. In fact, each has brought a cubic metre of fifty pound notes to flaunt their wealth and intimidate participants. But the Dragons will invest only if those participants can show there’s a disproportionately large wedge in it for them.

First to face the Dragons tonight is London based robotics company, ‘Metro-Chancers’.

The lift door opens. Boris Johnson, David Davis and Liam Fox spill out, jostling for pole position in front of the Dragons.

‘And I’m Foxy. Together we are the Metro-Chancers. We’re here today to ask for 100 billion Euros for a 10% stake in the latest robot in our Maybot series, which we call BREX-1T. Brex is fitted with the Empire Builder 2.0 add on and is designed to get the best possible deal for the many, and the few, and everybody in between. BREX-1T is programmed to abandon a dynamic and profitable market of 500 million people before securing enough sub-lucrative trade deals with the rest of the world to put us back on top where we were when Bakelite ruled supreme. May we demonstrate?’

On a wallpapering table sits a vibrating, Oxo sized cube of Bakelite with a short aerial sticking out the top, from which flies a tiny Union Jack. Three wheels — scaled down models of the wheels on a Reliant Robin can be seen and a single, blinking LED. Along one side, the legend, ‘BREX-1T’ has been stencilled. A key, identical to the kind used to wind up clockwork toys, protrudes from an aperture in the side. A remote control lies next to the robot.

Foxy winds up BREX-1T and presses a button on the remote control. BREX-1T sets off boldly in one direction then stops, executes a U-turn, sets off in a new direction and U-turns again. This process is repeated until it eventually clanks into reverse and whirs backwards over the edge of the table, smashing to pieces on the wooden floor. Demonstration over.

Will the Dragons go for Metro-Chancer’s special brand of horseshit? Or will they get rumbled? Angelos Hobgobalopolis is the first Dragon to probe their credentials.

‘Has BREX-1T secured you any new deals to date?’ The retail supremo asks. Dee-Dee takes up the challenge.

‘Oh yes. A yak-pelt deal with Tibet was an early success. And just before we came on the program tonight Brex secured a contract with the Inuit Nation to import their famous sixty-seven types of snow in exchange for exclusive Greenland-wide rights to re-sell George Foreman grills.’

‘Is BREX-1T in a tailspin?’ Asks Angelos, changing tack. The question is brutal.

‘Yes,’ says Dee-Dee, but we are confident that we’ll come out of it.’

‘Can you think of anybody who ever came out of a tailspin of this magnitude?’

Smuggi Arnarsson wants to know about the numbers. ‘What did you do last year?’

‘What did you do this year?’

‘About the same,’ says Foxy.

Smuggi sinks into thought then says, ‘Gentlemen, there’s not one of you could get laid in a brothel with a roll of £50 notes secured to your wully with a gold napkin-ring. And for that reason I am going to say, “Root toot, I’m oot.’

A damning assessment and a setback for the forlorn looking Metro-Chancers. Can Hermione Wordsworth-Flange save the day? ‘Do you have a business plan?’ She asks.

Dee-Dee produces a fag packet dense with scribbling. Foxy and Bojo look on.

Bojo knows the answer to this one and in a confident voice says, ’The complete collapse of our financial, fishing and agricultural sectors and chicken that smells like your swimming trunks after two hours in the pool.’

There’s a long pause during which Hermione Wordsworth-Flange taps her pencil on her notepad. ‘Okay. I’m going to make you an offer.’ Hermione’s 11th hour bid is a surprise to both Dragons and Metro-Chancers alike. The excitement is, however, short lived. She spells out her offer: ‘If you three charlatans are still in the building when I stop talking, I’m going to call the funny farm you escaped from and have them lock you up again.

Now that the game’s a bogey, Dee-Dee, Bojo and Foxy stampede into the lift. 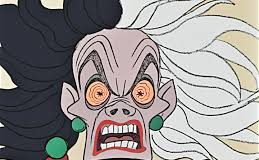 We’re live, on the air with Mother Treeza’s little helper