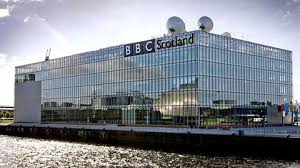 Citizen Cuddis tunes into Good Morning Scotchland – strictly in the name of education – as Fluffy Mundell arrives to make one of his regular morale boosting pronouncements.

Students should study the following four abridged transcripts and attempt to uncover evidence of unloaded questions and any answers containing a shred of truth. Since these are rarer than unicorn poop in BBC interviews you may have to read the transcripts several times and possibly even phone a friend.

Gary Rubberstone (GR): A very good morning to you, Secretary of State. Welcome to yet another opportunity to spout a fountain of pish while I sit back and let you.

GR: Following an FOI request which BBC Scotland passed off as ‘research’, critics say you’re (a) Westminster’s premier stooge in Scotland, (b) a toadying lickspittle to the London establishment and (c) a weapons grade serial purveyor of porky-pies to the Scottish people, the latest of which is that the Scottish Government were scaremongering about the costs of Brexit. Are those critics wrong?

GR: Well, we are where we are I suppose—

Fluffy: No, I don’t accept that, Gary—

GR: Where else would we be, Secretary of State?

Fluffy: I’ll tell you where the SNP are, Gary. They’re out on the hills, brandishing pitchforks, that’s where they are, chasing impoverished landowners off land they’ve owned since they exchanged anyone in a kilt for a sheep back in the eighteenth century. Quite frankly Gary, it’s high time the SNP got on with the day job.

GR: It’s now February and your government has to make a decision on Brexit soon—

Fluffy: I don’t accept your characterisation of the situation there, Gary—

GR: You don’t accept that Theresa May will have to decide what Brexit looks like soon?

Fluffy: No, I don’t accept that it’s February, Gary. The SNP have no mandate from the Scottish people to just make up what month it is, Gary. The calendar doesn’t belong to them you know.

GR: Will you apologise to the Scottish government for accusing them of scaremongering?

Fluffy: With respect, Gary, that’s not the question you should be asking on a Tuesday.

GR: No. I mean it isn’t Tuesday, it’s Thursday.

Fluffy: There you go again, Gary, showing the BBC’s bias toward the SNP. First you let them dictate what month it is and now you seem happy to let them decide what day it is too. You’ll be letting them run their own country next.

GR: Do you accept that it’s Thursday, Secretary of State?

Fluffy: Depends … what does Nicola say?

GR: That it is indeed, Thursday.

Fluffy: In that case it’s a week on Wednesday.

GR: That would take us even closer to the Brexit cliff-edge when the UK economy, according to the Treasury and the OBR, will sink like an anvil dropped in a bathtub.  Between 2 and 8 percent according to your own side. Do you accept those figures?

Fluffy: From the Treasury and the OBR? They never get anything right. Don’t make me laugh Gary, or old bits of Ritz Crackers’ll fall out of my beard. Anyway, I can’t comment on hypotheticals— I haven’t got the numbers between 2 and 8 in front of me right now—

BBC Goon: Welcome, Prime Minister. I hope the chaise longue is to your liking. We borrowed it from Sotheby’s for your very personal comfort.

BBC Goon: Another pomegranate parfait before we start, PM?

BBC Goon: I’d like, if I may, to ask a few anaemic questions. Just to give the impression we’re having a go you understand. You’ve seen them all in advance of course so they shouldn’t overly stress you—

Maybot: Ask what you like. I’ll be saying what I want.

BBC Goon: Of course your majesty. What does ‘Brexit means Brexit’ mean now?

Maybot: It means we’ll be taking back control of our money for a start.

BBC Goon: Whose controlling it now?

BBC Goon: What about the leaked Brexit papers, PM?

Maybot: Fargle blarg umph … early draft, worthless really … work in progress … doesn’t take into account the 4th way — the bespoke deal we’ve got lined up … the 500 horsepower, Chitty Chitty Bang Bang super-bastard of a mega deal were going to get once the furriners come to their senses and realise just who they’re dealing with. What we’re calling Shit Creek plus plus plus or to give it its proper title: Burkino Faso minus … leaked Brexit impact study nothing but a tissue of facts.

Maybot: And your point is?

GR: What, exactly, is your position on Brexit, Mr Leonard?

Richard the Leonard-Heart: Isn’t it about time that this government finally did the right thing and started looking after the poor, the downtrodden, the up-trodden, the almost-managing, the going-down-for-the-third-timers, the down-hearted and the deadbeat? People to whom and in which this government and this First Minister have betrayed, and then some. In spades—

GR:  But what’s your party’s position on Brexit, Mr Leonard?

Richard the Leonard-Heart: — You know, Gary, I had a letter from one of my constituents whose son broke both ankles. He was forced to bounce all the way to his local hospital on a space hopper. He had to wait at A&E through the whole of his puberty. By the time he was looked at he was old enough to join the army. He was sent home on a pogo stick, Gary, with his ankles still broken because nobody could be bothered treating him. He couldn’t even use the space hopper to get back home because it had been clamped when the £48.50 on his SNP hospital parking meter expired—

Richard the Leonard-Heart: Good lord! Is that a squirrel?

GR: Is your obsession with Police Scotland going to end any time soon?

Oor Wullie: Back in the good old days, if you laid all the police officers in Scotland head to tail, they’d have stretched from Nairn to Kelso. Carry out the same exercise today and you’d be lucky if they reached Ecclefechan …

Essays should be handed in by next Monday. 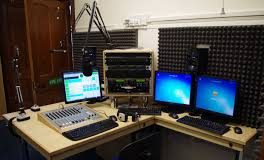 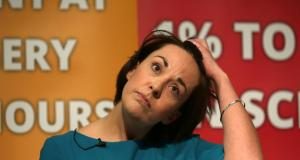