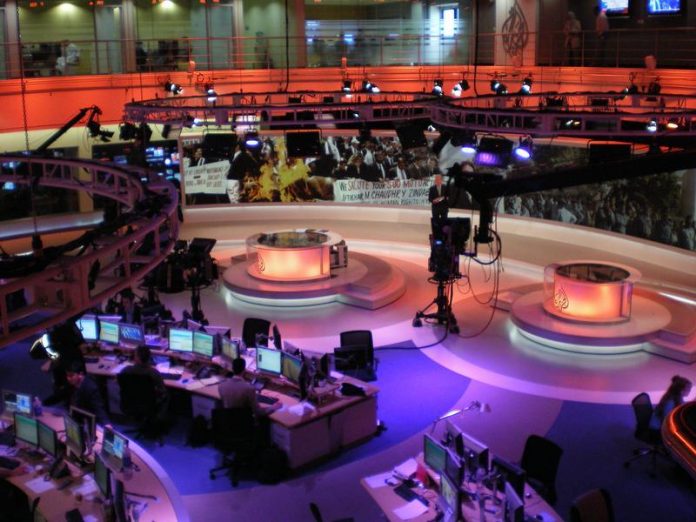 Billy Connolly once quipped that Drumchapel was a “desert wi’ windaes”.

Contemplating the lack of natural light in Al Jazeera’s newsroom, it occurs to me that I work in a “desert wi’ nae windaes”. The channel broadcasts to 240 million homes around the world from a building, in Doha, which looks like a big Nissen hut, with a blue corrugated iron roof.

We share the site with a family of stray cats, who have been adopted by the staff. One of them once walked along the top of the video wall, in full view of the cameras, while our Kiwi presenter Kamahl Santamaria was reading the news.

Like most newsrooms, the best thing about Al Jazeera is the people. On a daily basis, I work with a team including journalists and production staff from Scotland, England, New Zealand, Kenya, America, Canada, Pakistan, Ireland, Australia, Sudan, Singapore, Switzerland, Hong Kong, Qatar, Egypt, Iraq, India, Palestine and Jordan.

The diversity of the newsroom is its greatest strength. A colleague who grew up in a pool room in Baghdad, or was forced to flee from Bosnia during the Balkan wars, will make you think very carefully about how you approach those stories. It means that as a Programme Editor I am constantly encouraged to see the news agenda from different perspectives.

I started my first job as a researcher, in 1996, at Scottish Television’s old Cowcaddens headquarters. Smart phones hadn’t been invented and if you wanted to use the internet you had to visit the IT department. Since then, the internet has fragmented audiences and changed the way we consume news, but what matters most is still the story. Al Jazeera has 80 bureau around the world. We leave royal stories and celebrity gossip to our competitors, but the network puts resources into under-reported parts of the world and tries to give a voice to people you don’t often hear on other channels.

Let me give you a flavour of what that means: When Nepal was struck by a devastating earthquake, in April, I produced a Newshour that was sub-anchored by So Rahman in Kathmandu. This was an ambitious piece of broadcasting, but what’s really important is that we were still there a month later when the children went back to school, many in temporary classrooms made out of bamboo. And we are still there today telling the story of the country’s reconstruction.

When Greece’s future was being negotiated in Brussels, Mohamed Jamjoom spent a day at Athens’ Elpis Hospital talking to doctors about the impact of the financial crisis on the country’s crumbling health care system. The hospital’s budget had been cut from $20 million in 2009 to $7million in 2014. That’s what austerity means for Greek healthcare, but we gave it a human face. 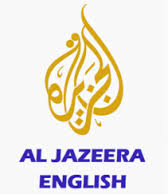 Al Jazeera offers a window into the world of Syrian refugees, farmers struggling with drought in Senegal and professional footballers in Somalia. Furthermore, people are watching. In the UK, Al Jazeera is ahead of other international channels, including CNN. In some African countries, including Nigeria, we have more viewers than the BBC. Research shows we have also become the broadcaster that people turn to in times of crisis. During the West Gate Mall attack, in 2013, in Nairobi, more Kenyans watched Al Jazeera than any other news channel, including local media.

Any journalist will tell you that they get a buzz from working on big rolling news stories. Before I moved to Al Jazeera, my career took me to Newsnight and Channel 4 News in London. It struck me in all of these places that I was surrounded by Scots. Newsnet Scotland could commission a feature on Al Jazeera’s tartan army (OK, you’re commissioned. Ed).

I have worked with Glaswegian directors and technical staff, producers who grew up in towns like Kirkcaldy and Eyemouth, and reporters who speak in broad Lanarkshire accents. It’s a terrible shame that none of us can make similar programmes in our own country. A vital part of the ecology of Scottish journalism is missing. The BBC’s network news is world-class, but in reality it follows an English rather than a UK agenda. If you see a story about health, education or policing the chances are that it will only affect people in England.

Last September, when I was reporting for Al Jazeera on the referendum campaign, I met a group of trainee hairdressers outside Reid Kerr College in Easterhouse. They were having a cigarette between classes. “You can’t believe what you see on the telly, it’s all lies,” one told her friend. She was trying to persuade her to vote ‘Yes’.

At the time, I used this exchange as a positive example of how the whole country was getting engaged in a conversation about Scotland’s future, but it also shows how the perception of bias in the media is undermining the legitimacy of established institutions. This is reflected in research from the Audience Council, which found that less than half of people in Scotland think the BBC is good at representing their life in news and current affairs content.

Scotland needs television news that accurately reflects Scotland’s political and social life, and the breadth of perspective that comes from looking outwards towards the world, as well as inwards at ourselves. Until that happens, Al Jazeera offers a pretty good alternative.

Andrew McFadyen is a programme editor at Al Jazeera, based in Doha. He worked previously for Channel 4 News, BBC Newsnight and STV News. His page on the channel’s website is here.