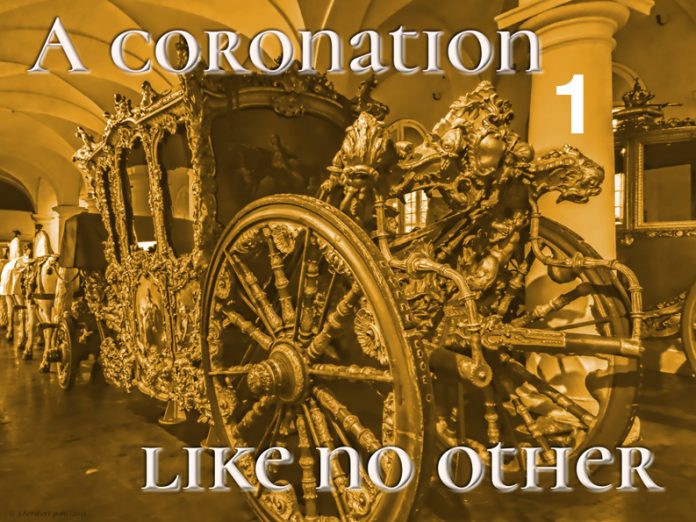 In the first of a 4 part series Molly Pollock looks at the issues surrounding the monarchy and the diversity of views on the Monarchy’s relationship with Scotland after independence.

According to the Telegraph: ‘The Queen is to make a permanent move to Windsor Castle after not staying at Buckingham Palace for two years. The 95-year-old monarch has been “working from home” at the Berkshire castle since the pandemic began.’

So the 775 room palace in London, currently undergoing a £369million refurbishment which is due to be completed in 2027, has been left for the massive Windsor Castle, the largest inhabited castle in the world and the longest-occupied palace in Europe. According to Wikipedia, as of 2006, around 500 people were living and working in the castle. So more like a small town than a cosy wee home.

Queen would remain as head of state after independence, Ian Blackford says. Cue furore on social media from independence supporters.

The Queen’s heirs and successors are her son, grandson and great grandson. Male heirs. So for the foreseeable future kings will reign with not a queen in sight.

The retention of the monarchy at least initially in an independent Scotland has always been SNP policy. First we vote for independence and get our new state set up with a shiny new constitution and then we can look at other areas such as the monarchy.

The most recent opinion poll on the matter suggests people in Scotland would probably vote to keep the British monarch as head of state after independence. The poll (21st June 2021) conducted by Panelbase for the Sunday Times found that 47% of Scottish adults would vote to keep a royal head of state, 35% would favour an elected head of state, with 18% unsure. 78% of Tory voters favoured keeping the monarchy, as did 67% of LibDem voters and 62% of Labour voters. Interestingly, and what might cause a few problems for the SNP, only 28% of SNP voters favour keeping the monarchy after independence. Perhaps unsurprisingly support for the monarchy was strongest amongst the over 55s than with younger voters.

Some believe a presidential system is more likely to lead to dictatorship. Others point out that our present system has seen a flaunting of parliamentary rules with the rule of law challenged: this enabled by an unwritten constitution and parliamentarians too willing to toe the party line to safeguard advancement and re-election prospects, or strong-armed into line by party whips. Whether we opt for a monarchy or presidential system what is crucial is a strong written constitution, a proportional respresentation voting system to ensure a minorty cannot rule the majority, and a parliamentary system and parliamentarians that abide by the rule of law, placing the good of their constituents and country before that of party or personal gain.

Voters who take an interest in politics, carrying out their own research and asking questions, not allowing themselves to be swayed by rhetoric and meaningless slogans would also be beneficial. As would a press and media that believed in reporting events, probing and questioning rather than promoting their own agendas and conning the gullible who fail to read beyond attention-grabbing, intentionally provocative headlines.

How the monarchy is funded

Sovereign Grant
The Sovereign Grant replaces the Civil List funding of the monarchy. Each year the Queen is given a payment by the government. Last year this was £85.9m. This payment is used by the Queen and other members of the Royal Family to pay for official royal duties. It also covers the upkeep of occupied royal palaces: Buckingham Palace, St James’s Palace, Kensington Palace, the Royal Mews and Royal Paddocks at Hampton Court, and Windsor Castle. A thought-provoking list of British royal residences can be found here.

The Sovereign Grant payment is based on the profits of the Crown Estate, a property business owned by the monarch but run independently, controlled by a management board whose main duty is to maintain and enhance the value of the properties “for the benefit of the nation’s finances”.

So high property prices and returns benefit the Crown Estate and therefore the monarchy.

Usually the Sovereign Grant comprises 15% of the Crown Estate profits from the previous two years, the rest going to the government. However it was agreed that from 2017 the Queen would receive 25% for the next 10 years to help fund the £369m refurbishment of Buckingham Palace – a palace the Queen now no longer intends to live in.

The Crown Estate is not the private property of the Queen. It belongs to the monarch for the duration of her/his reign. This means the Queen can’t sell the Crown Estate or keep the revenue for herself. The Queen also has significant private income, as do other Royal family members.

The costs of security for the royal family is usually covered by the Metropolitan Police.

Crown Estate Scotland, one of the main recommendations of the Smith Commission and established as part of the Scotland Act 2016, is a public corporation belonging to the Scottish Government and responsible to Scottish ministers who appoint the board members and chair. It is not subject to corporation, income or capital gains tax, with the revenue profit paid to the Scottish Government Consolidated Fund and used for the benefit of taxpayers. Successive monarchs have revoked their rights to income from Crown Estates in Scotland but ownership remains in the name of the Crown.

Full fat or skimmed milk monarchy?
So what kind of monarchy will Scotland remain part of – at least in the short term as a government in an independent Scotland is likely to hold a referendum on whether Scotland remains a monarchy or opts to become a republic. But that’s for the future. A monarchy does not need to remain cast in stone. There are different types of monarchy, like those in the Scandinavian countries which are more pared down, more figure heads, compared to the British monarchy. A slimmed down version might be a possibility for the future, particularly with austerity and rising costs.

In the present Queen’s platinum jubilee year it seems an appropriate time to look back and perhaps to look forward a little. During her 70 year reign much has changed in the UK and the world. Should the old order prevail or should we expect changes in line with a 21st century world?

The coronation
It’s the second of June 1953. The day of a coronation like no other. There hasn’t been one like it previously and it seems very unlikely there will be another as swaggering, glittering and opulent in the future. An extravaganza never to be repeated on this scale. Times have changed in Elizabeth’s seventy year reign, politically and socially in both the UK and the rest of the world.

The coronation caught the imagination of people, impoverished and depressed by years of war, valiantly trying to return to normal in a country where lack of newsprint had diminished newspapers carrying information on the outside world; books were mainly out of print; food shortages and the necessity for make do and mend that had dominated lives were slowly returning to something like normal. Rationing ended: for clothes in March 1949, petrol in May 1950; confectionary in February 1953 and sugar in September 1953, both too late to aid the coronation celebrations. Meat and all other food rationing didn’t end until July 1954. However that didn’t stop the production in many Scottish kitchens of steak and kidney pies to feed hungry families and neighbours as they watched the events of 2nd June unfold.

Sample Child’s Ration Book. Throughout the 1940s (and for nine years after the end of the war) every man woman and child in Britain owned ration books of coupons for food and clothing. The Ministry of Food’s carefully formulated diet is generally believed to have improved the nation’s health.

Changes since the end of the war had seen, in a radical move promising care from cradle to grave, a National Health Service set up in 1948 in Scotland and the other three parts of the UK, providing a publicly funded healthcare system, banishing the days when many minor operations were conducted on the patient’s kitchen table and doctors sometimes had to accept payment in kind rather than in cash.

The coronation took place against a background where austerity still ruled but hope for the future bloomed, with better housing (prefabs became desired dwellings with more amenities than many other homes with their outside toilets and lack of hot water), more jobs, the increasing availability of food, clothes and consumer goods. The war behind them, optimism sparkled in the air. People looked forward with regrown confidence. A new post-war generation would surely have better lives in a world that was opening up.