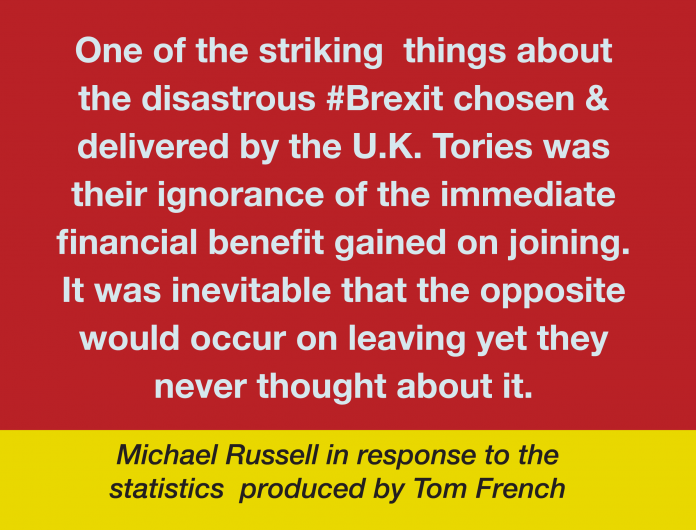 Tom French, Director of Communications for the SNP at Westminster posted this thread on Twitter over the weekend and we thought it important to share with readers who may not have seen it. The evidence of the shambles of Brexit grows day by day.

New analysis shows the UK is the only country in north west Europe to have suffered a decrease in exports since the Brexit vote in 2016. Far from increasing trade, as Boris Johnson promised, the UK has suffered a downturn – costing £billions #BrexitChaos

While Ireland has increased its volume of exports in goods and services by 48.1% over the past five years, the UK has seen a decrease of 5.5%. That puts it behind all thirteen neighbouring countries – and the only country to see a decline.

On average, independent countries of Scotland’s size or smaller have recorded the biggest increase in exports since 2016 at +16.7%, compared to an average increase of +11.9% for all countries in north west Europe.

When the impact of Covid-19 is taken into account, and figures compared from 2020, the UK still has the worst decline in exports of any country in north west Europe at -19.3%.