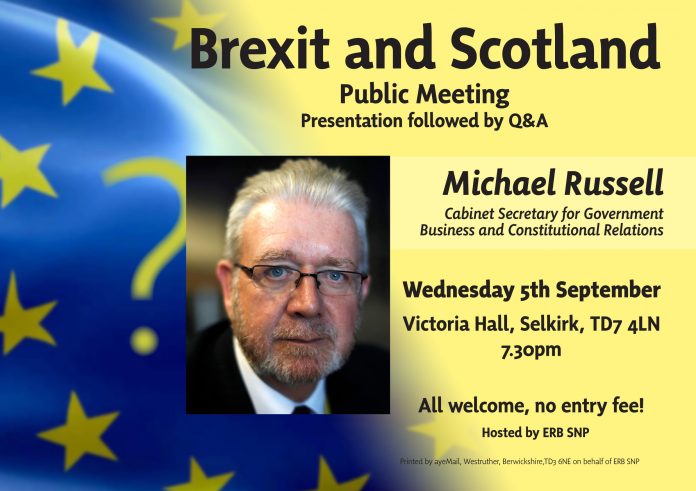 By Russell BruceAs the UK trundles along with Brexit negotiations, like a hedgehog on the prowl, but with considerably less sense of purpose, the world watches in amazement and disbelief.For Scotland where we voted 62% to remain there is a growing sense of anger and concern that the most damaging Brexit outcome – a no deal non deal – looks increasingly possible. Michael Russell’s assessment is the probability has risen from ten percent 7 months ago to around forty to fifty percent today. Well worth watching for the insights of not just ‘unintended consequences’ of a UK bizarre negotiating stance and a pile of unconsidered consequences.Michael Russell will be in Selkirk Victoria Halls on Wednesday 5th September 7.30p.m. to give the next talk on his series on Brexit. All are welcome and entry is free. Hosted by ERB SNP the event will be filmed by the Newsnet video team 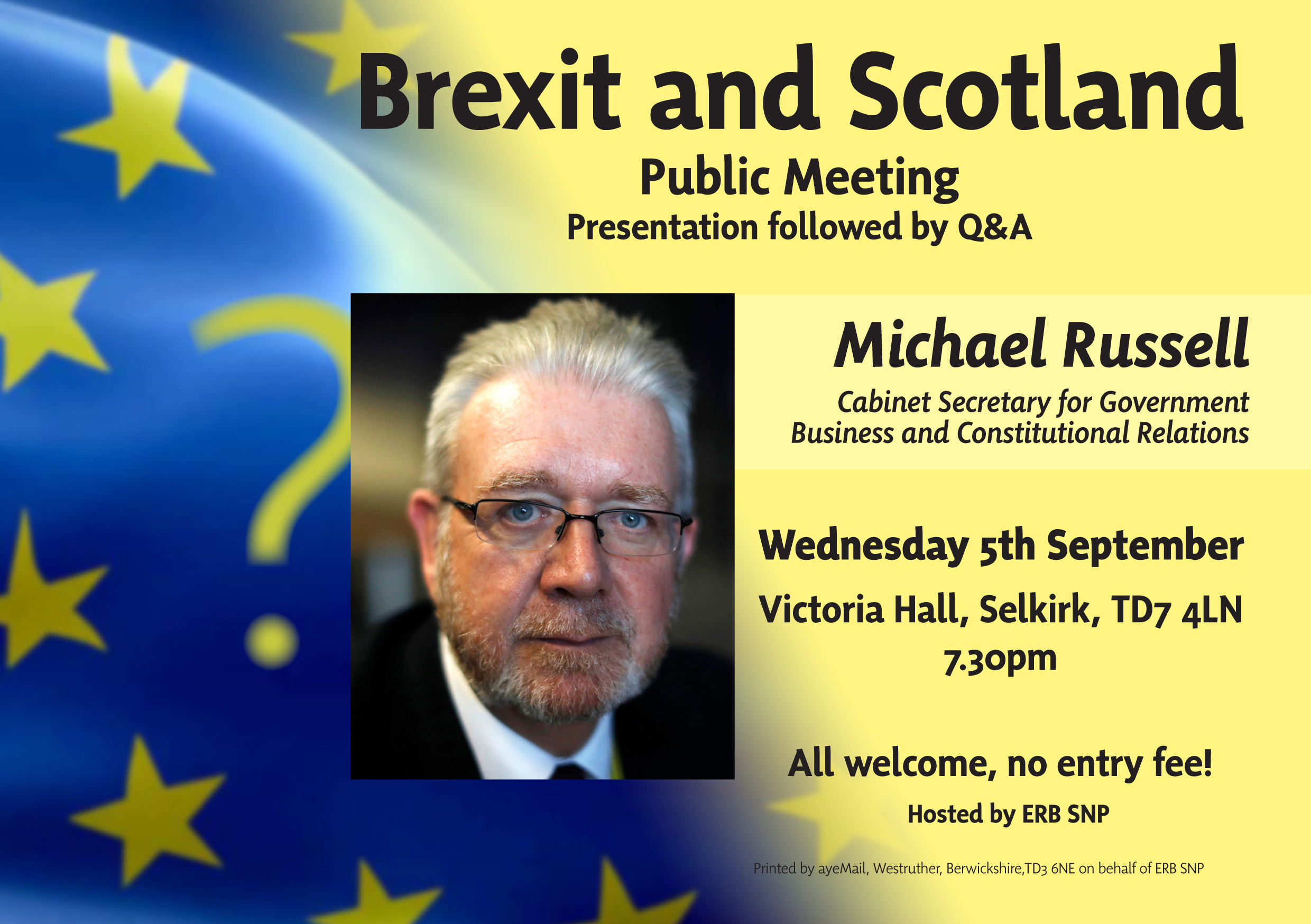